Panic mode has officially been engaged and no industry is safe from the fallout. The tendrils of COVID-19 have spread with wanton abandon, latching onto every sector; decimating some whilst only wounding others. For freelancers, the sting is particularly sharp given that, as ever, there are no guarantees and no safety nets.

With coronavirus potentially leading to 24 million job losses, however, there could soon be more of us on the market than ever before. Indeed, for those who have been rendered jobless by the virus and its economic implications, segueing into a freelance role is probably starting to sound like quite an appealing prospect. 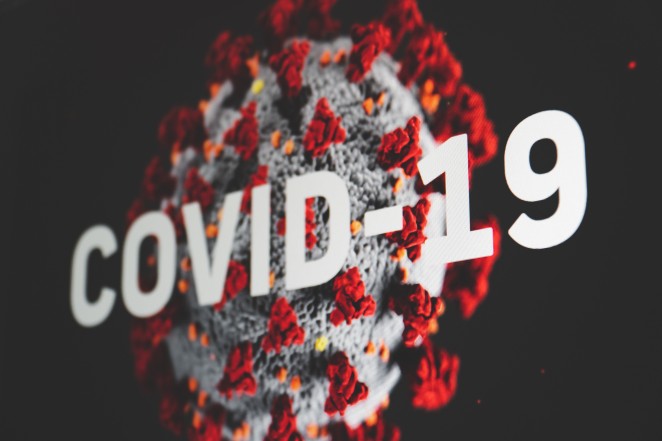 For many, this might not even mean a career change, as any job that can be done with a computer, a broadband connection, and a can-do attitude can potentially form the backbone of a lucrative freelance enterprise. As long as you know what you’re doing, of course.

So today, with lockdown imminent (at the time of writing, today’s daily ‘Doomcast’ has yet to air), I thought I’d take a look at how we could all be making the best of a bad situation by essentially monetising the apocalypse. 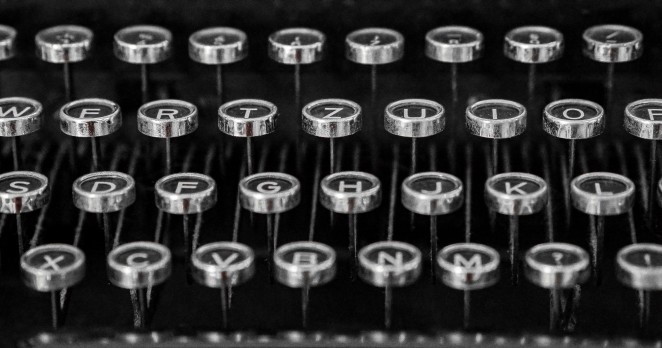 I’ve been a professional copywriter for over a decade now and have spent at least half of that time working from home. The wonderful thing about writing is its flexibility. Give me a laptop and a cup of coffee and I’m good to go any time and any place. Hell, I’ve even been known to sketch out articles on my phone if I can’t get to a keyboard for one reason or another.

There are going to be more people with more free time than ever before and they are going to need written content to keep them informed and entertained. In that regard, there has probably never been a better time to be a copywriter. Whilst the entire world is at home, every writer worth their salt should be relishing the opportunity. I know I certainly have been! 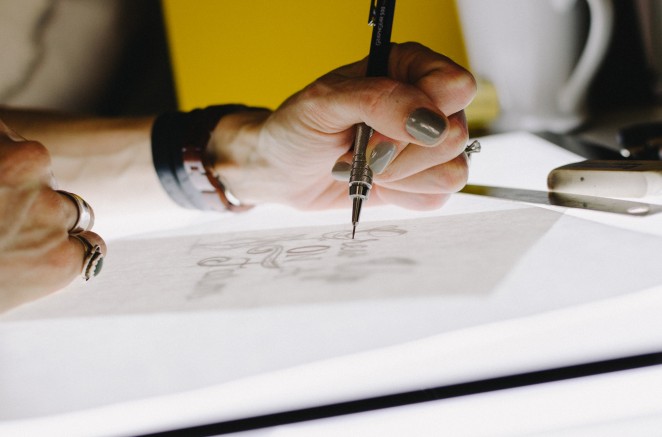 The creative brain doesn’t stop functioning just because you’re trapped in your flat. Indeed, quite often periods of isolation can lead to some truly exceptional moments of creativity. There is no bottleneck to the creative spirit and being given the freedom to work in your own time can often result in exceptional work that wouldn’t be allowed to happen if you had Colin the art director breathing down your neck at every moment and second-guessing every brush stroke. This doesn’t only apply to designers either. Whether you work in gaming, finance, the public sector or somewhere in between, if you work with computers then you probably have a computer at home more than capable of accomplishing what you would have been doing in the office.

There is no bottleneck to the creative spirit

During the lockdown, it’s also worth mentioning that many businesses and brands will be effectively ‘put on hold’ by default. When they emerge from this nightmare, they are surely going to require some fresh design work to help them reestablish themselves, whether that be via a complete rebrand or simply getting the name back out there with some new marketing. As a designer, illustrator or photographer, that surely provides potential opportunities that you shouldn’t be sleeping on. 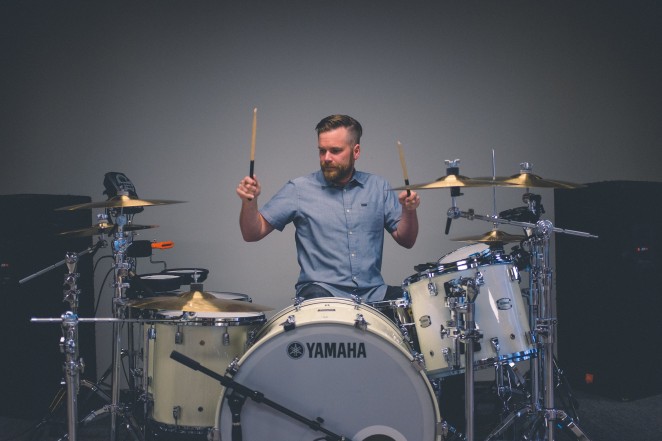 For performers of all persuasions. The last few weeks have been a monumental shock to the system. As a musician myself in a wildly unsuccessful electronic rock group (shameless plug) I have noticed gig after gig being cancelled and as any musician will tell you, the gigs are where you make the money these days. Royalties from song streaming are so svelte that most performers would be lucky to pay for a pint with their monthly takings and that’s before we even mention members of cover bands that rely on gigs to pay the bills and the thousands of actors, directors and orchestra members that are right now being told that the show can’t go on.

We have the technology and the audience is out there

For these performers, online has become the new live show. In the past week, hundreds of live performances have been streamed across the internet as theatres, bands, independent artists and more have been performing their shows to audiences of (in some cases) thousands of quarantined fans. Then there are those performers that have decided to use the opportunity to teach others. Perhaps a guitarist deciding to conduct online tutorials and lessons or an actor giving an online talk about their process and their experiences to paying customers. We have the technology and the audience is out there, it’s just the dots that need to be connected. 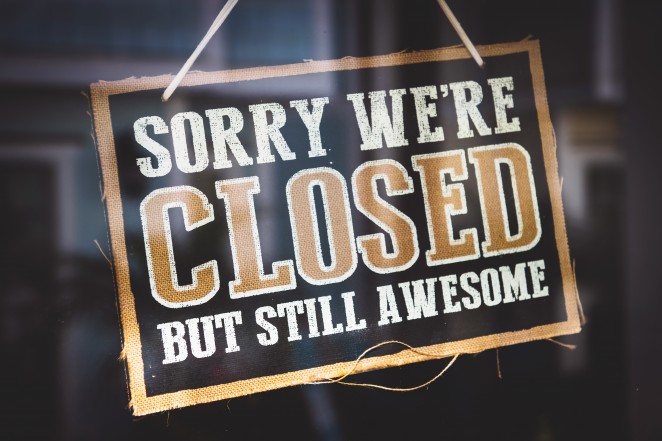 Ultimately, the creative industries are built on ideas. Physical contact is simply not necessary. So we’ll weather this storm, even if it might batter us about a bit. For others, however, there are no silver linings. It can come as no surprise to anyone that the hospitality sector has been devastated by the disease and by the government’s shameful stance. By forcing pubs, bars, restaurants, and venues to stay open on one hand and telling everyone to avoid them on the other, they are essentially trying to have their cake and eat it - look like they are doing something to help without actually taking any real action and potentially devastating thousands of businesses in the process.

I personally can’t even watch the daily press conferences anymore because all the empty platitudinous waffling makes my blood boil. However, people are still finding ways to make the best of this most awful of situations. Pubs are offering takeaway flagons of ale in hopes of offloading stock before it has to be quite literally tipped into the Thames, many restaurants are doubling down on deliveries and small business owners across the world are finding new and exciting ways to sell their wares and their services online with minimal human interaction. 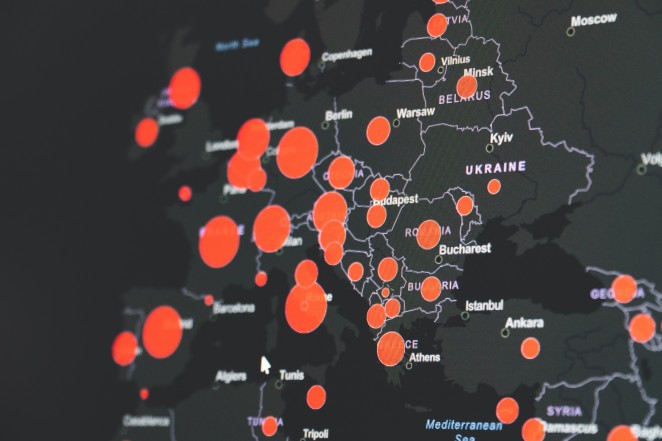 This pandemic will leave us battered and bruised, certainly, but it will also have a lot to teach us about ourselves and how the world can continue to spin in the face of global catastrophe. For people such as myself who have been working from home for years, very little will change, at least on the surface. But for others, the pandemic might just open up a world of possibilities that they never dreamt possible.

Casting the world of secure employment aside can be terrifying, no matter who you are or to what industry you belong. But if you can make money during the lockdown without being beholden to anyone but yourself then why should you go crawling back to a world of unfulfillment and impractical deadlines once the dust has settled? There’s a world outside your window, true, but there’s a world inside it too - behind the screen you carry in your pocket and the screen you sit behind 10 hours a day.

There are worlds within worlds waiting to be conquered

If the pandemic has taught us anything positive, it’s that there are worlds within worlds waiting to be conquered by those of us bold enough to put ourselves out there. Either way, I’ll see you all on the other side of the apocalypse.