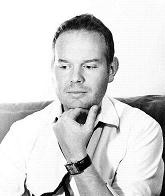 Good old Yellow Pages. There was something rather comforting about those adverts, about the fact that good old Yellow Pages is not just there for that leaky roof. Or for the warm and fluffy things in life: the boy who bought his dad a toy railway carriage for his Hornby train set. Or the hard-working Yorkshire dad who finally bought his son a racing bike for his birthday after many years of disappointment. Or (who could forget) poor old "J R HART-LEH!" Who couldn't find his book on fly fishing anywhere. Yep, that was the comforting message of Good Old Yellow Pages.

But those heady days of big floppy phone directories are now behind us, and the digital side of Yellow Pages (owned by parent company Yell) is now being rebranded as hibu.

I can't quite get my head around the name, pronounced "high-boo". I can think of no slogan to go with it, no strapline, no hidden message. And the chief executive and the other bigwigs don't know what it means. Why? Because it doesn't mean anything.

"Don't read anything into it... It doesn't have any pure meaning behind it," says CEO Mike Peacock. "It needed to be short, easy to pronounce and to sound edgy and innovative. It doesn't mean a lot by itself, but if you turn the clock back, neither did Apple [sic] and Google or Yahoo!"

Granted, not meaning anything isn't necessarily a bad thing. As he says, Google doesn't mean anything either, and they're doing all right, I hear. The thing is, though, that Google brought something totally new to the table which no other search engine had done before. Just as vacuum cleaners were often referred to (and still are, in some cases) as Hoovers, so the verb "to Google" is part of our everyday vocabulary and is common shorthand for "to perform an internet search".

By contrast, hibu doesn't actually provide much that you can't find anywhere else, as far as I can see. If I was looking for a gardener near NW2, I wouldn't use hibu; I would either just Google that very phrase or I would use a website like ratedpeople.com or myhammer.co.uk. Sites like these allow tradesmen to pitch for work and provide testimonials, photos of previous work and customer reviews, something I believe hibu (or currently Yell) doesn't provide.

But let's go back to the rebranding of Yell to hibu and the choice of name. The reason for the rebrand in the first place was because Yell is £2.2bn in debt and shares slumped by 22 percent this week as a result of the news. So that was considered a good reason to spend hundreds of thousands of pounds on a new name. And it took some top-notch consultants over five months and 60 names to come up with it. Hm. 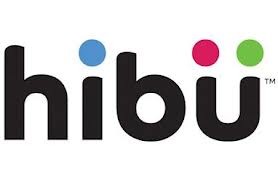 I'm no businessman, but that decision doesn't quite make sense to me. It's like British Airways' massive decorative faux pas of the 1990s when they spent £60 million on gaudy new tail fins when the money would have been invested much more wisely in improving the in-flight service. As with so many things, surely it's what's on the inside of the business (or the plane) that counts. Likewise, however pretty a Ferrari is, if it ain't got an engine in it, it's worse than useless.

Here's the press release on Yell's website:
"To meet the ever changing needs of our merchants and our consumers, we are transforming our business to be more digitally led. We are making it possible for our consumers to connect with our merchants how they want, whenever they want. We are developing innovative new products and we need a dynamic new brand to signal that we are a digital business of the future."

Fair enough. But why hibu? What does the brand stand for?
"The people who help communities thrive."

Erm, sorry, I'm not quite getting it. To repeat the question, why hibu?
"In addition to being consumer oriented and a symbol in its own right, we wanted our identity to tell a story. We have developed a new positioning for the organisation, 'connecting communities'. Communities are built on the connections people make and people are connected at the heart of the hibu logo. The identity utilises typography with soft shouldered edges like the human body and coloured dots represent the people behind the identity, diversity, connections and conversation. By using bold lower case typography with soft edges we project a human and approachable company."

I don't know about you, but I'm afraid I remain unconvinced. I'd like to know whether hibu is also going to undergo a major internal transformation, and possibly diversify into other related areas of the directory market, rather than rely on a rebrand to change their fortunes. I've had a good look around online and can't seem to find that much about it. Hopefully the wide media coverage of their rebranding isn't the whole story.