More than just words: How ad tech can be more sustainable without greenwashing

The old maxim that ‘data is the new oil’ has become true in more ways than one. Although, like oil, data is of abundant value in our digital age, its costly environmental impact welcomes less favourable comparisons too.

On some estimates, the internet as a whole makes up  4% of total global emissions, a figure greater than that of the airline industry and on track to double by 2025. Such stark numbers have provoked a reckoning within digital advertising: the status quo will no longer be accepted as advertisers and publishers alike begin to accept the commercial and ethical necessity of concrete action.

The environmental cost of an ad campaign is no secret. There is significant computing power required to fuel the trillions of real-time auctions taking place across the length and breadth of the programmatic ecosystem. According to Good-Loop’s online carbon calculator, a sample ad campaign that delivers 20 million impressions emits around 5.4 tonnes of carbon – half of what a UK consumer produces each year, and nearly a third of the emissions of the average US consumer.

Faced with the scale of these figures, there is a groundswell of desire to do something to change them, from both consumers and within companies. Gen Z cares about sustainable purchasing and environmentally friendly processes more than any generation that preceded them, yet environmental awareness is not limited to the young.

IAS’s recent  Sustainability and Advertising Study quantified the scale of interest in sustainability amongst consumers. The research found that most UK consumers (94%) believe that brands need to play an active role in advocating for environmental causes. More and more, the dire consequences of climate change are becoming apparent. Floods in Pakistan, wildfires in California and drought in Ethiopia have all been laid at the door of climate change.

With such images plastered across newsreels, and with awareness of the environmental impact of digital ads, no longer can digital advertising recuse itself from the climate conversation. The UN’s latest climate report delivers the stark message that global leaders are not doing nearly enough. In the context of COP27 and growing consumer noise, there is now more than ever a strong commercial and ethical case for substantive change.

That begs the question – how can a data-heavy industry make a significant impact that goes beyond rally cries at industry panels? 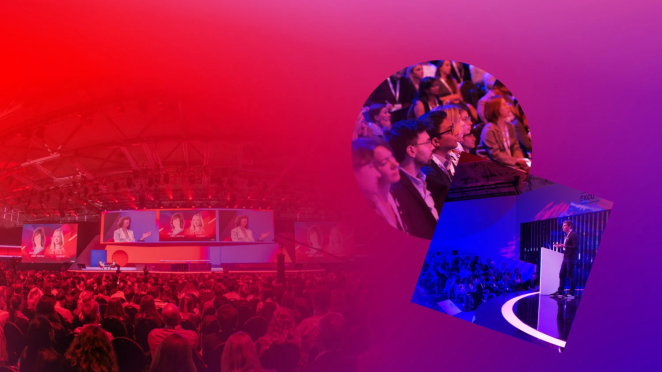 I must admit - the clamour among consumers is gaining industry attention – and that’s a good start. Last September's Dmexco conference in Cologne, Germany, saw increased attention paid towards sustainability, with ESG topics featuring prominently in a presentation on the Ecology of Attention and a talk on sustainability in advertising delivered by Andrew Hayward-Wright, from IAB Europe.

However, although companies were having these positive conversations in public, there remains concern that expressions of concern do not reflect an internal desire for substantive action. These concerns have been stoked by high-profile examples of  greenwashing, with the Advertising Standards Authority’s (ASA) Director of Complaints and Investigations, Miles Lockwood, affirming the regulator’s  intention ‘to ensure environmental claims aren’t just hot air. ’

The damage done to a brand by a judgement of greenwashing can be significant: rather than improving the company’s sustainability credentials, the labelling of greenwashing can have the opposite effect, drawing consumer attention towards the ecological harm in association with a brand.

As Anthony Lamy, VP EMEA Sales at Vidmob, highlighted when speaking to The Drum at Dmexco, ‘it’s good that they [companies] talk about sustainability at the conference but on the other hand, I’m not sure it’s the real conversation happening inside companies.’ Talk is not change, and grand statements of intent can mask continued inaction. However, there are several levers that companies can pull to affect tangible change, including within the way in which they advertise.

How brands are making real change 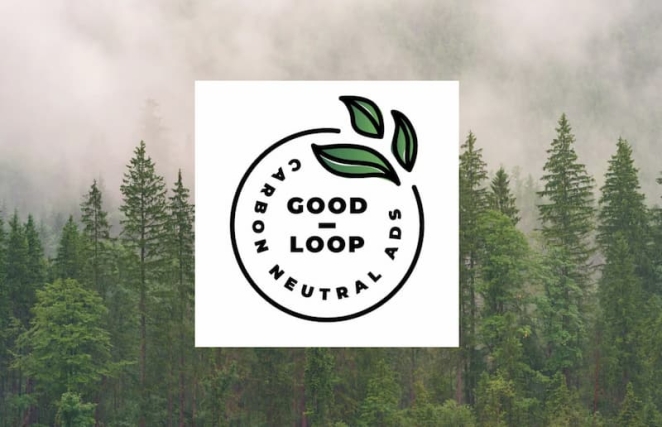 A sustainable brand campaign must pull off the tricky task of demonstrating as well as declaring a brand’s values. Thankfully, technology produced by the likes of Good-Loop has provided a mechanism by which this can be achieved. The purpose-led ad platform’s Green Ad Tag can measure the end-to-end carbon emissions of a digital ad campaign, providing transparency and granular detail so that environmental impact cannot be ignored.

This development is highly significant as it directly serves what had heretofore been a gap in advertisers’ efforts to be more sustainable. The number one problem we are hearing from clients and in our industry is measurement – how to actually bring data to the conversation. Everyone wants to operate and run their business more sustainably, but they don't have the data.

From the foundation of solid data that Good-Loop provides, tangible changes to reduce emissions can be made, and efforts to optimise ad campaigns for reduced carbon emissions can be measured. Good Loop also offers a Watch-to-Donate ad format that can be deployed by advertisers to make a direct impact on good causes.

When a wrapper tag (the bit of code that collects information online) is added to advertisers’ videos, a free donation - funded by the advertiser - is generated every time someone watches.

This strategy allows advertisers to receive more meaningful brand engagement, while appealing to consumers’ goodwill by providing a cost-free means of philanthropy. This results in an average ad recall 4.5x higher than the industry standard. 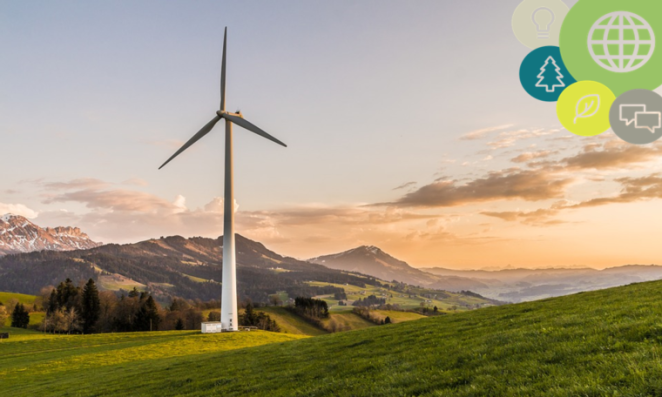 The symbiotic nature of Good-Loop’s Watch-to-Donate ad format speaks to a core benefit of advertisers embracing sustainable advertising: reducing environmental impact need not entail reducing an ad’s impact. Increasing transparency in ad campaigns can in fact be a boon for brands, steering them away from the negative headlines that have plagued those accused of greenwashing.

In October of last year, the ASA published a report into Environmental Claims in Advertising, and found that, among those surveyed for the report, ‘there was a consensus that the best practice would be for all companies to be as transparent as possible’. In other words, a brand’s reputation will benefit from leaning into increased transparency that serves as an antidote to the reputational damage amounting from sanctions for campaigns perceived by watchdogs to be misleading.

Added to the trust and good faith between consumers and brands that an emphasis on transparency facilitates, brands who can demonstrate a real commitment to sustainability will benefit from consumer good will. Research into consumer attitudes towards sustainability in advertising published by Integral Ad Science found that 76% of consumers have a more favourable view of brands that advocate for environmental causes. The wins for brands to be had from advertising sustainably, whilst diligently avoiding perceptions of greenwashing, are immense.

As regulators such as the ASA are becoming increasingly hawkish on greenwashing, advertisers should look at the way in which their ads are disseminated to achieve a realistic yet impactful long-term solution. For example, Good-Loop has outlined changes that advertisers can make. Something as simple as using a preloaded rather than custom font ‘can end up saving up to 2% of an ad's carbon footprint’.

Furthermore, deploying tools such as contextual targeting in campaigns and Supply Path Optimization (SPO) can reduce unnecessary energy and intermediaries in the roll out of a campaign, reducing carbon footprint while improving CPM. To protect the long term health of our planet, as well as the health of digital advertising, a world in which such practices are the norm needs to be realised soon. 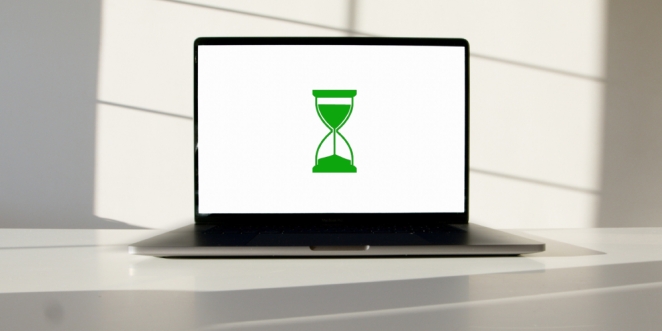 Ultimately, for meaningful change to occur in our industry, stakeholders across the digital advertising ecosystem will have to collaborate. Sustainability cannot be a gimmick or phase, but must instead be ‘a standard operating procedure,’ as Andrew Hayward-Wright from the IAB said whilst speaking at Dmexco.

Indeed, in IAB Europe’s new Sustainability Standards Committee, an initiative announced in September which promises to ‘bring the industry together to create new standards for the delivery of digital advertising,’ there exists the framework for a truly sustainable future.

But as well as activity from industry bodies, change should also be driven by advertisers themselves. As the IAS and ASA studies demonstrate, tangible change built upon a foundation of transparency is good for brands too. Making digital advertising sustainable is not a zero sum game: done right, sustainability will be good for advertisers and good for the planet.