Engine Creative recently launched a new campaign for Green Flag which acts as a pastiche of real-life competitive events. The idea is to show the lengths garages will go in order to join the Green Flag network, reinforcing the new brand positioning: ‘Only the best get the Green Flag’.

The new brand positioning reinforces the origins of the Green Flag network, set up 50 years ago with local, skilled mechanics at the heart of its proposition. The spot brings these criteria to life in the style of an Olympic hurdles event, with various garages seen vying for a coveted place on the Green Flag network.

To learn more, we spoke to copywriter and creative on the project, Holly Fallows.

Green Flag wanted to tell people about their unique model. That, unlike their key competitors, they are a network of independent, local garages.

The local thing was interesting but why does it matter to people? After a little more digging we learnt that, to become a member of the Green Flag network, the garages must pass a series of tests, and regularly. It’s not just hard to get on the network, it’s hard to stay on the network. So, it’s the quality of these local garages we wanted to tell people about.

We got to the answer fairly quickly. When we saw the words, “Only the Best Get the Green Flag”, we knew that was it. And what better way to show the high standards Green Flag set, than by making them do the hurdles in full mechanic gear? Smashing together the world of rescue and competition was always going to be ridiculous but in a good way. 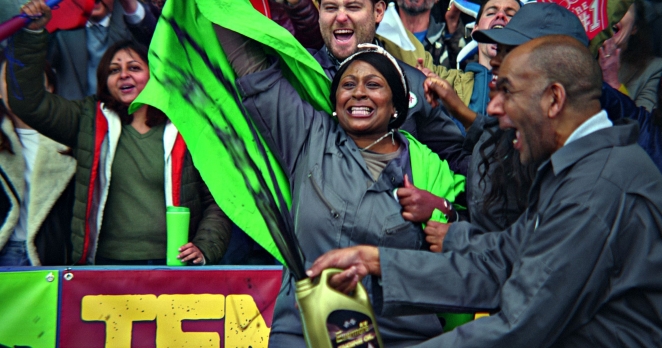 Quick and fun. Once we’d awarded Big Red Button the production that’s when all the good stuff started. The challenge was fitting all the jokes into a 30. And then fitting the shoot into one day. It was intense but one of the most enjoyable we’ve done. There was no sitting around, covering off boring shots. Every shot was jam packed and made you laugh. It’s a shame we couldn’t fit more in.

Replicating an Olympic event with a one day shoot and a tight budget. We shot at Crystal Palace stadium, and it’s fair to say, it’s not quite Olympics ready. Rascal Post, the postproduction agency, really came through for us. They doubled the size of the stadium, filled it with a crowd and cleaned the whole thing up so it looked brand spanking new.

Sheep are much craftier than we thought and took full advantage of their big day in the city. It really was a situation of all hands to the pump with everyone having to wrangle the sheep to the right place. We probably should have all been given a bonus for being ad hoc shepherds.

That Green Flag mechanics really are the best of the best. 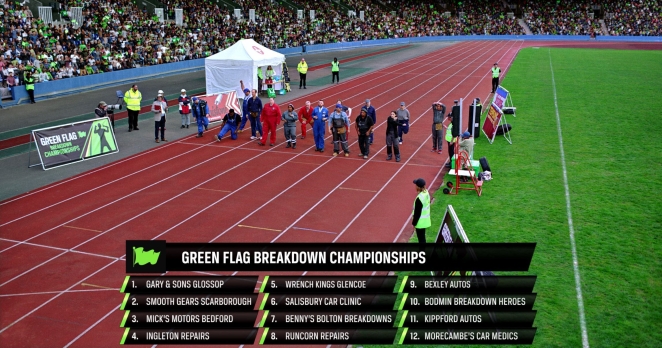 The work we pitched with was the work we made. So, from pitch to play out was less than 6 months. There was no further creative development or faffing about. It rarely happens like that, so it was a nice change to have a client that got behind the idea quickly and just wanted to get it made.

So much of breakdown advertising is based on the distressed customer and the rescue. So, it’s great to be able to take it somewhere different. This new idea will make Green Flag stand out and allow for some silly stuff to be seen on TV, which we don’t see enough of nowadays. 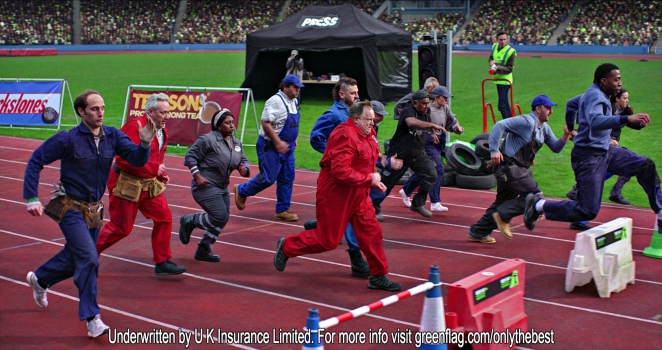 Working closely with content marketing teams is an inevitable part of the SEO professional’s daily life. A majority of the interaction happens through managing the creation of content. SEOs, for better or worse, put their watchful gaze on each...

Creating a digital mood board for a luxury lifestyle brand | #BehindTheBrand

​​Visitors to House of Hackney’s new flagship store in East London will now be able to benefit from a pioneering phygital experience, thanks to Intelligent Self Service experts, 4 Roads. Situated in “The Playroom”, the...

How to blend creative design with strong search performance: SEO for JavaScript

As designers and developers increasingly build robust, app-like experiences into their websites, it’s no surprise that JavaScript use has proliferated across the web. It’s a client-side language that allows for many of the rich...