If You Want Creative Job Applicants, Make a Creative Application. 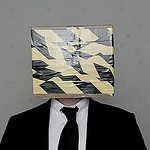 In creative industries, standard job applications don’t attract the right kind of applicants. How is a creative going to shine when the only material they’re allowed to work with is a standard form application? And since agencies value creativity as “the most important competency for the successful enterprise of the future,” the recruiting and application process needs to mirror the applicants you’re trying to attract. To get creative applicants, you, as a company, need to get creative. Software Advice provides examples of three basic strategies creative companies have used to attract creative candidates.

Companies with little to no name recognition have it tough when it comes to recruiting. While companies like Google get 3,000 applications a day, largely because of name recognition, lesser known companies will have to work harder to attract attention. Most candidates would rather pursue a job with a company they’ve heard of, rather than the one they haven’t. Posting static job adverts in all the usual places won’t get you noticed. Your best bet: showcase your company’s creativity in the job post itself.

A great example comes from a leading advertising agency, BBDO. When attempting to recruit talented young copywriters, BBDO created “The World’s First Napkin Book” and stuck it on lunch trays in universities to build awareness among young literature students. It worked. They got 15 times more applications the month after the campaign launched than the previous month.

Most companies try to differentiate themselves from competitors. The same is true when recruiting. To attract employees that stand out, you have to stand out, and the most obvious way to communicate your outstanding-ness to job seekers is, of course, your jobs page.

KarmaHire CEO, James Clift says, “There’s nine billion dollars spent on recruitment advertising a year, and there’s all these amazing companies out there, and they really just all look the same right now with their job postings.” Karmahire has therefore reinvented the job post, letting companies create, Clift says, “Instead of a job post, a really awesome landing page for their job that showcases their culture.” While Apple might have jobs similar to those at other companies, what makes it different from Microsoft is its culture.

Force Candidates to Get Creative During the Application Process

MasterCard did just that in 2012, when it launched a campaign to find great interns for its advertising department. The company asked applicants to “creatively” promote the benefits of a cashless society. The result: 350 qualified applicants, compared to its usual yield of 20-30 applications for advertising jobs.

By challenging candidates to create original material–self-directed YouTube videos, blogs, Twitter campaigns, etc.–rather than to complete a standard form application, MasterCard effectively got the attention of potential candidates, and incorporated the interview into the application process. Applicants were allowed to showcase their skills and knowledge in the way they best saw fit, and the results were some pretty great interns for the advertising department.

A well-known HR professional recently said: “The recruiting process is broken.” This is especially true when hiring in creative industries. If you want creative employees, you need to attract them–through the job posting itself, or the application process. To get creative talent, you need to get creative.

So what have your experiences been? Do you believe the 2 sided A4 printed CV a relic of a soon to be forgotten past? Does your agency still utilise the traditional recruiting methods of job posts and form questionnaires, or do you have even more creative examples of how agencies can attract and retain talent? 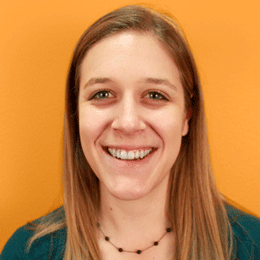 Erin Osterhaus is the Managing Editor of Software Advice’s HR blog, The New Talent Times. She focuses on the HR market, offering advice to industry professionals on the best recruiting, talent management, and leadership techniques.

photo credit: I LIKE IT SIMPLE via photopin cc

How much should I charge as a Photographer?

A guide to photography rates, with tips and advice from experienced professionals in the industry Telling entire stories with the power of one frame. Capturing emotions in a shot. This is the matter of which photographers are made; masters of...