How Do Indie Musicians Make Money In This Digital Era?

There’s been a whole lot of change within the music industry over the past 10 years it’s almost hard to keep up. With the addition of music streaming services and numerous distribution channels, artists have been able to market themselves without having to sign on to major labels, publishers, or management services. But where does this leave the artist in regards to tracking payments and royalties? With the establishment of all these beneficial digital services that enable artists to take their career into their own hands, just how do artists get paid?

For the majority of artists out there, live performances and touring are the main source of income. The honest truth is only about 0.000002% of musicians become “successful”, which means if you’re not a superstar your ability to earn royalties from plays on streaming services is only going to garner pennies on the dollar. Moderately known artists could survive by playing shows and touring, however, with the pandemic crisis, most musicians are left trying to figure out how to monetize themselves to earn a living.

A few companies, like Bandcamp, understood that the situation was dire and the need to help artists survive was great. They started a monthly campaign that waived their revenue share and drove users (fans) to buy music and merchandise that directly benefited artists, with 100% proceeds being made available to payout instantly.

It was a noble campaign that brought their music community solidarity as fans donated charitably. Some artists may have fared better than others, but all in all, many artists were able to pay a few bills, perhaps even giving them some funds to continue creating…but was it enough for artists to get through the pandemic?

So How Can Indie Musicians Make A Living Nowadays?

With a plethora of digital platforms out there focused on music there are many opportunities to create some income for artists. Aside from streaming services, many artists also have made their music available for sync opportunities either by having a publisher/label or sync service working on their behalf, or partnering with a library music company to host their tracks.

However, for most independent artists navigating these types of opportunities seems like a monumental challenge as knowing how to get in front of the right people and networking opportunities are often difficult, especially in a pandemic. Unfortunately, even with these options available, the revenue is often divided among shareholders, such as the labels and publishers, and only a tiny portion of this money actually goes to the artist.

Let’s dive deeper into how the revenue models of these services actually work, shall we? 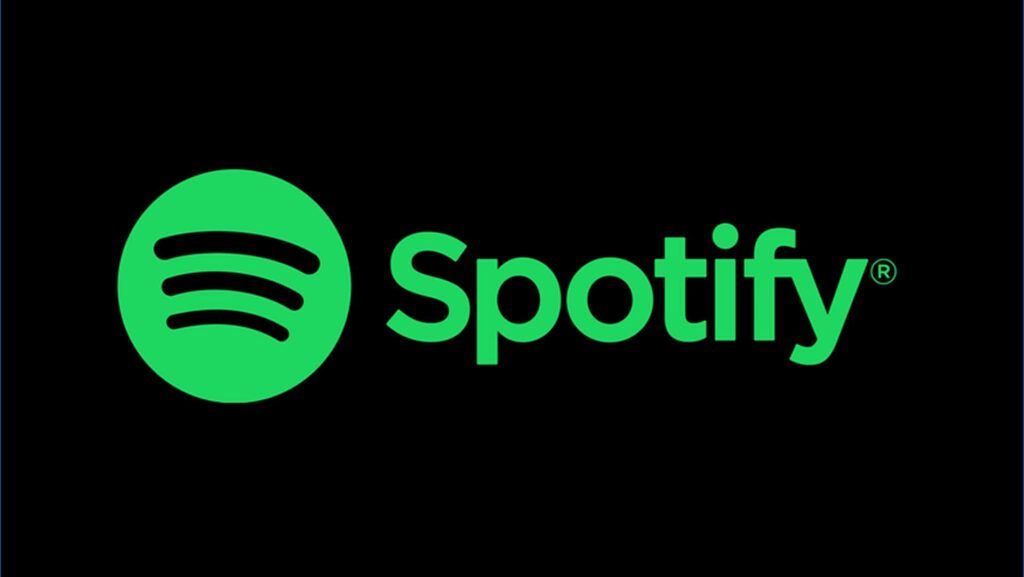 Artists earn most of their revenue from streaming, syncs, and airplay in the form of royalties. In regards to Spotify, they distribute about half of its revenues to record label partners and only about 10% to 15% to the music publishers and songwriters. The way a “pro-rata” model works is that all of the revenue from royalties are collected in one pool,  then the money is distributed to the artists depending on their “share” in this pool. This “share” depends on:

Location is a big factor in this equation because all digital streaming platforms have different rates in each country. This means that users generate more or less revenue depending on the premium membership price in that specific region. For example, streaming from the US is going to be rated higher than streaming in Mexico, and so on.

Then there’s the issue of who is streaming the music. Are they free members or premium subscribers? The revenue that is generated from these two types of customers affects the total royalty revenue as a whole. Obviously, free users will generate less revenue points, while premium users generate more.

This leads to uneven income distribution. While a handful of popular artists (superstars) earn around 90% of the revenue dedicated to artists, the other majority is left with 10%. According to these numbers, Spotify only pays their artists $0.0038 per stream on average.

As you can see, this model only works for that 0.000002% of successful musicians who have that kind of visibility to garner high volume streams. For the artists getting 10,000 streams, which would seem like a noble amount, the payout is between $60 to $84, before any shareholders are paid (i.e DSP’s, labels, pubs).

Additionally, these numbers vary as much as the DOW Jones…but let’s just say this is not really fair compensation for artists when only the chosen few actually make a living wage on this type of streaming platform. 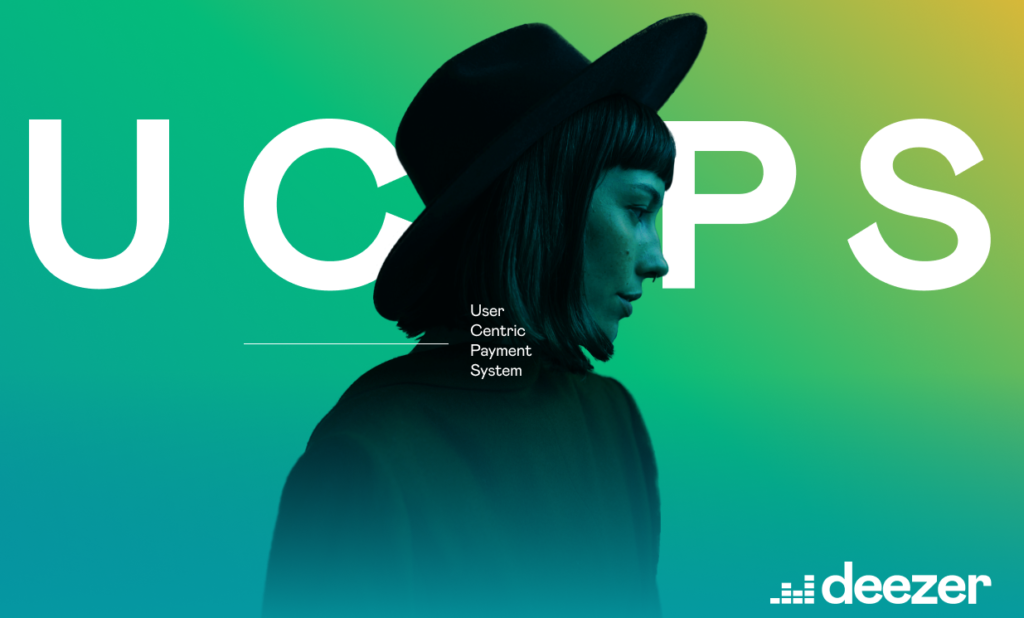 Deezer is another streaming platform, but they have rejected the “pro-rata” model as being unfair and offer a different payment system. Being that it is a newer model we don’t have concrete evidence of how it is working out, but we do have some predictions…

Unlike pro-rata, this system allows artists to receive royalties only when a fan listens to their music. So when a song is streamed the royalty goes directly to the artist instead of going into a pool of revenue. The user-centric approach considers the habits of the listeners along with the number of streams. If an artist has an active fan base, then they will get more revenue and vice-versa.

With this model, the revenue gap between the top of the pyramid and the bottom is slightly reduced. However, this system depends on an artist having a large and active fan base. It helps artists keep their real share of streams, but it doesn’t mean high payouts overall. For mid to low streaming artists they still won’t be able to afford much more than a few grocery bills.

Music synchronization is when an artist’s track is used in a film, advertisement, or media content. There are several ways that music can be licensed for this type of content.

Stock music libraries cater to all sorts of media, often considered “needle drop” as a large percentage of this library is based on back catalog from composers and other music creators for use on lower budget projects. The music may be more generic and of semi-pro quality, which results in the music being sold to outside clients at a more cost-effective price.

Many stock sites, like TAXI or Artlist, allow artists to upload songs on their own. However, now the songs are part of a broader library, sometimes hosting over 30k tracks, where it’s a waiting game with low odds to procure a low-cost sync. These sites rely heavily on meta-tagging your tracks correctly for users to find. The hope is that your track gets included in the algorithm for searches through thousands of other tracks.

As mentioned, the tracks on these sites are known to be the cheapest option for users. Artists don’t get much of a return for their efforts. On these types of sites, there is usually a set price and revenue percentage for all songs. The rates depend on the company, but generally, artists get roughly 20% to 30% of what the track may sell for. Many stock sites also purchase tracks directly from composers and artists, making the artist relinquish any future royalties or back-end financial opportunities.

While stock music might be a good opportunity for some musicians to showcase their work and market their music, there are more artist-friendly models out there in the music for the content world.

That brings us to sync music companies.

Sync music companies, like Bopper,  are a bit more selective and are considered a more premium music licensing option for media creators. They often make deals with artists directly, as well as record labels and publishers, to be able to clear the rights to tracks on behalf of an artist (record label, or publisher).

Sync companies are then able to market the artists’ songs on their websites, sales pitch efforts, and so on. Basically, you give them the rights to help sync your tracks, and with their connections, they help market your music to the right decision-makers.

If they are successful in procuring a sync, the artist can typically make 20-50% of the total sync license price, which would be a higher price tag than what it might go for on a stock music site.

However, the main difference is sync music services curate the tracks suited to their specific target market. Sync music rosters and libraries provide a higher quality of music and higher revenue output for artists.

This is our model at Bopper. Bopper works with independent artists and bands whose music is vetted and curated for their syncability. Each track is priced individually (depending on the artist set rate) so that they are paid a fair amount for their work without having to wade through time-consuming negotiations.

Bopper doesn’t exploit an artist’s ability to make their back-end royalties. Often companies will take a portion of an artist’s writers share or publishing in order to benefit from potential future royalty payouts.

Bopper has created a space where we are pitching tracks on various briefs constantly, and paying out our artists a minimum 50% payout for any sync license, some being well over $20k. Bopper also provides users with full transparency on what a track would cost, all on the website, when you put in your budget terms and build a license. Most other sync houses are not that transparent and the quotes for media and license can vary from project to project.

The landscape has changed greatly over the years. Social media, music delivery services, and music licensing options have allowed artists to take their careers into their own hands without the pressure of trying to get a label/publishing deal to market themselves. But without touring, now that live concerts are out of the picture (temporarily we hope), it doesn’t take Sherlock Holmes to realize that today’s income sources for artists are limited.

The good news though, as technology progresses and demand increases, more services appear to bring more opportunities for artists to make a solid living off of their art.

The pandemic has created a more conscious music buyer, and listeners will have to think more about how artists are making their money, and take incentives to make sure they are using more supportive platforms.

Working closely with content marketing teams is an inevitable part of the SEO professional’s daily life. A majority of the interaction happens through managing the creation of content. SEOs, for better or worse, put their watchful gaze on each...

Creating a digital mood board for a luxury lifestyle brand | #BehindTheBrand

​​Visitors to House of Hackney’s new flagship store in East London will now be able to benefit from a pioneering phygital experience, thanks to Intelligent Self Service experts, 4 Roads. Situated in “The Playroom”, the...

How to blend creative design with strong search performance: SEO for JavaScript

As designers and developers increasingly build robust, app-like experiences into their websites, it’s no surprise that JavaScript use has proliferated across the web. It’s a client-side language that allows for many of the rich...