Freelance Landscape - freelance creatives are in demand and here's why 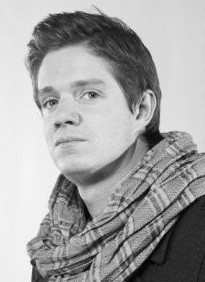 A couple of years ago, freelancers in the creative industries were really suffering - clients were cutting costs and freelancers' day rates were being pushed down. In fact freelancers were even volunteering to drop their rates to secure work within agencies.

However, in the past year we have noticed that things have become more buoyant and the freelancer market has returned to its pre-recession volumes. In fact a recent feature in Campaign (The Rise and Rise of the Freelancer, 13th May) made it very clear that freelancers, specifically creatives, are more in demand than ever and I believe that there are a number of reasons for this, some of which were referred to within the Campaign article.

Day rates for freelancers have increased over the past year and good freelancers are getting longer term and repeat bookings from agencies who value their input. These repeat bookings are usually enough to ensure that they are earning a good equivalent annual salary, and this is true at all levels in the current market when looking at creative roles. Agencies are willing to pay current higher rates for freelancers as they are usually getting the best creative results at the end of the booking.

The 'new agency model' which is emerging, very much lends itself to the use of freelance creative talent. Big Al's Creative Emporium is an example of one agency which sources all its creative work from freelancers so if it can work for them many other agencies will be wondering if that's how they should be managing their own creative output.

Furthermore agencies are increasingly being briefed by clients to undertake work for them on a project by project basis and it is obviously not wise for agencies to hire permanent creative staff where they cannot justify carrying the high salaries that those staff might command during the "in-between" times. It is much more cost effective to bring a talented, and often award-winning, creative team in to work on a client project for a specific period of time.

Another reason for this recent swell in the freelancer population across the creative industries is that creatives who were made redundant during the recession have taken up freelancing as a temporary measure and decided to carry on. They're getting plenty of work and are enjoying the freedom that freelancing affords them. They might find that they can stay at a certain agency for a number of months at a time as they work on back to back projects for them. In these cases they can genuinely feel part of the agency team and yet still enjoy the freedom to choose when to move on.

Freelance creative work is no longer seen as a high paid 'filler' job whilst people search for permanent work. Now freelance creatives are often brought in to add specialist skills and outstanding talent to important projects and pitches, rather than sitting in the basement doing the more mundane work that no one else wants to do.

We don't believe that this trend is likely to reverse any time soon. In fact we predict that agencies will continue to enjoy the benefits of employing freelancers to complement their permanent staff and that the 'new agency model' might well turn out to be one which features a culture of freelancers working around a core agency team at its heart.