You may agree to disagree, but digital skills have never been more relevant than they are today.

The COVID pandemic has shown us all how important it is to stay up to date with modern technologies, cultivating digital skills that we all can use whilst working from home. According to Wunderman Thompson UK's research, most of the job roles of the future are yet to be defined for the upcoming generations. And this is where their Digital Dash campaign, for BT, comes into play.

Quite literally. This week, we are getting Behind the Idea thanks to creative director Richard Morgan to discover what brought an educational game to life, engaging countless kids all around the nation. 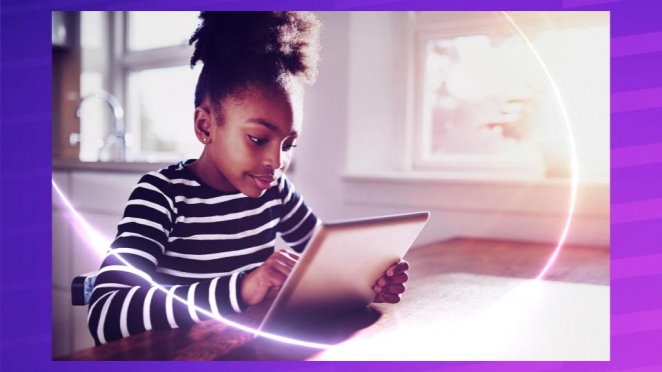 BT’s new brand positioning ‘Beyond Limits’ builds on the fact that they’ve been part of the fabric of British society for over half a century now. Constantly striving to push the nation forward through technology and innovation. Whether it’s building business infrastructures or connections at home, BT has had its role to play in all our lives.

In continuing to do so, Skills For Tomorrow was created. BT’s latest initiative to upskill the nation for a digital future with freely available workshops and resources designed for all ages and abilities.

Our brief off the back of this was a simple one: to get as many of our customers' children actively engaged with the Skills For Tomorrow programme. 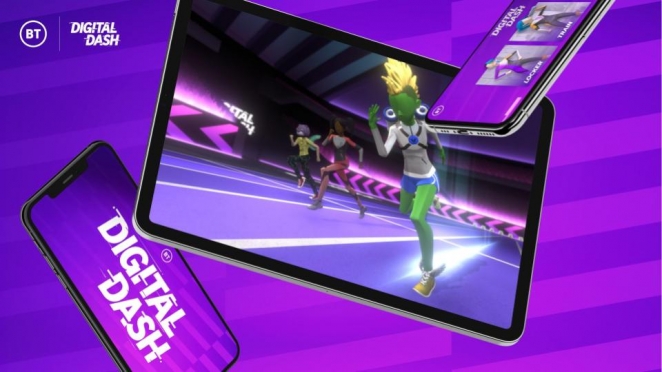 It became quickly apparent that bog standard marketing formats probably wouldn’t land with this switched-on audience. And we knew that within Skills For Tomorrow we had some amazing educational resources, but needed to deliver them to an apathetic audience around a subject that just doesn’t seem pressing for most people, the future.

A staggering 65% of the next generations job roles are yet to be defined. Data Brokers, Memory Curators or Esports Arena Builders are just some of the types of careers predicted by futurists. With our economic landscape ever shifting, BT felt incumbent as a brand of the nation to help equip the next generation with the digital skills they need to thrive.

It's hard enough to get people to sit up and pay attention to the subject of the future and even harder to make them act on something so intangible.

So we needed to do things differently. Make our method of communication more fun than our message. And in so, the idea of an educational game was born. 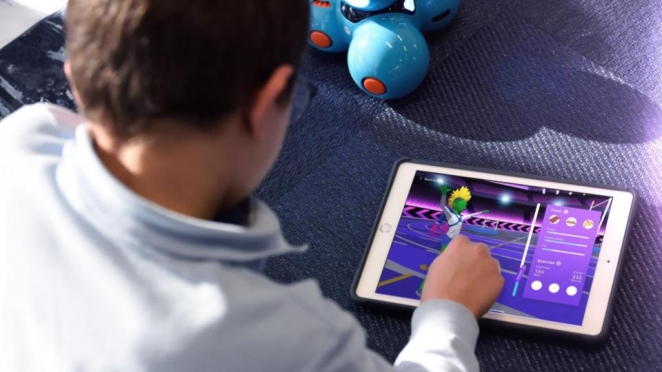 We knew the format but now needed an engaging subject to actually bring it all to life.

After many rounds of exploration we landed on sport as our theme, drawing on the parallels of digital fitness with physical fitness.

Digital Dash became the name, the game itself built around mini challenges, teaching kids subjects like algorithmic and sequential thinking. The better your mental performance, the better your athletic performance would be.

Our message was that with the right digital skills you can take on the best.

And to bolster that idea we created a live final event hosted on YouTube which brought the best players of the nation together for a sports day like no other, all hosted by Reggie Yates and Olympic double gold winning medallist Dame Kelly Holmes. With the winners being crowned the champion of Digital Dash and taking home thousands of pounds worth of tech equipment for their schools and immortality in their playground. 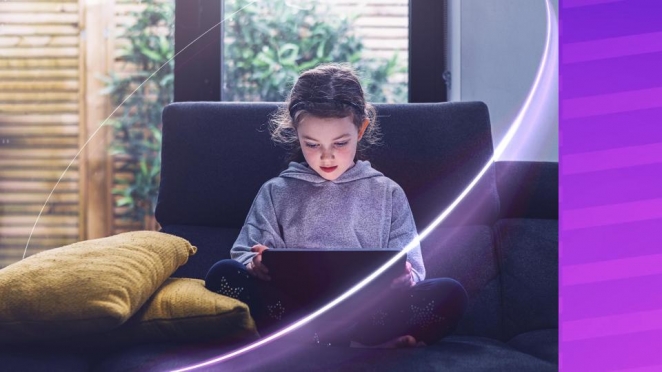 The production and sell in process had been quite an experience. The game and event itself took a few different forms over a few months. From a live in-school lunar landing, to giant robot knights controlled by code.

But after close work and consultation with teaching experts we eventually settled on a sports day theme. This complimented the wider narrative of schools around the country at the time of year the game was to be released.

Production had begun to get underway when Coronavirus hit. Which although giving us weeks of logistical nightmares, gave the game and event a whole new layer of relevance. With a nation now stuck at home and parents struggling to balance educating their children with their personal work commitments. Digital Dash provided some guilt free gaming at a time when they needed it the most, and something for kids to rally around now that school sports days were cancelled. 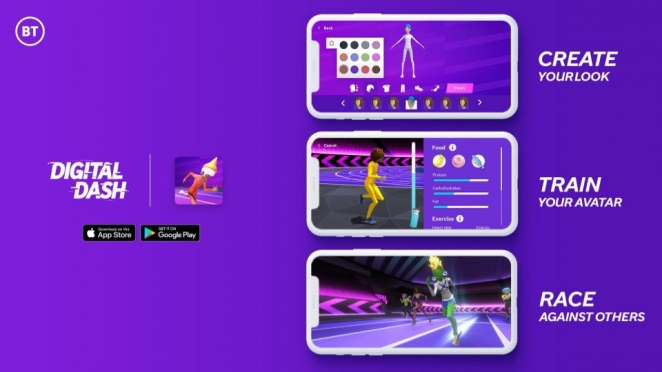 Our main message through the comms that surrounded the game for the parents was the importance of Digital skills for their children’s future. The kids themselves weren’t exposed to all that though. They were just told about the computational thinking aspects of the challenges they were playing within the game. Not the fact that they were readying themselves with skills for whatever unknown career steps come next. 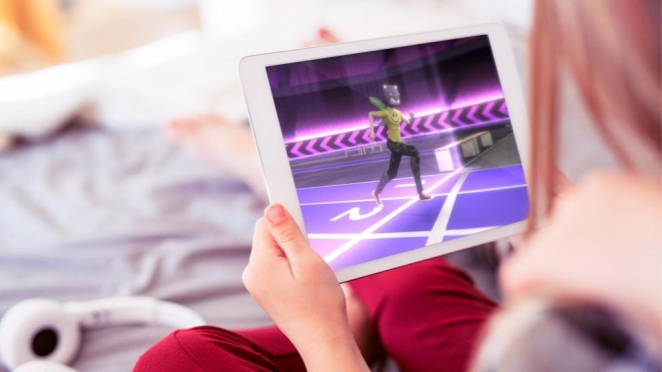 Kids got to see themselves empowered through their character, taking part in something bigger and being an active part of bettering themselves and their schools. And that’s not to mention getting to meet an Olympic legend if they made it through to the live final!

In terms of resonating with the parents first, to deliver our message of gaming for good, we enlisted the help of savvy Instagram parental influencers. Spreading our message with their own children taking part in the Digital Dash. Kids actually enjoy playing the game, so that came through in their parent’s posts and their followers’ reactions to discovering the game. The sentiment was genuine.

I think the fact kids were in with a chance to meet a British Olympic legend, Dame Kelly Holmes, winner of two Olympic gold medals and the holder of three British records. Something that the parents were probably even more excited about! 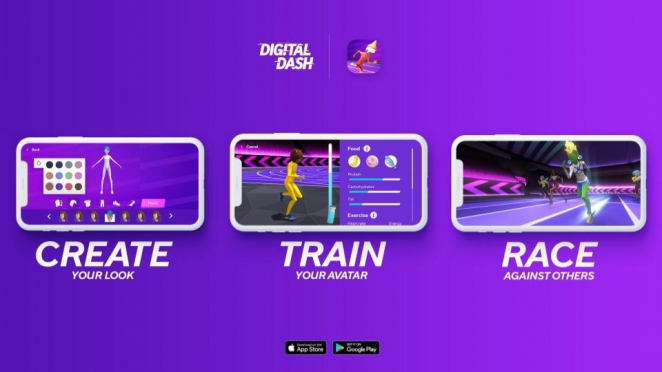 It has been a rollercoaster of almost a year from brief to delivery!

We hope Digital Dash will shine a small light on just some of the great things that BT already do for its customers and the nation. Helping so many parents to upskill their children in a fun way is no mean feat. 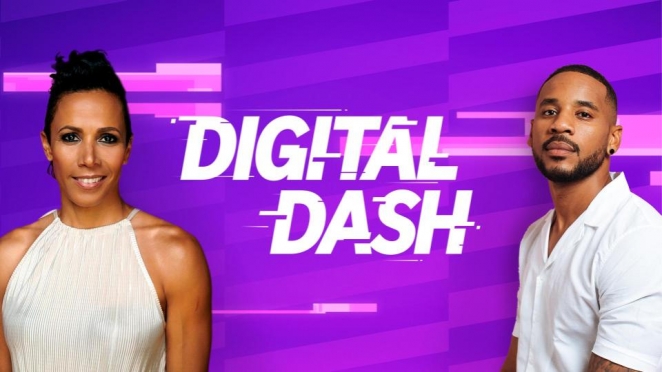 Seeing the kids’ reactions when playing the game has made it all worth it. Double this with awarding our hardworking finalists with thousands of pounds to buy tech equipment for their schools was a bonus too. And finally, beyond any creative admiration it has got so far, the satisfaction in knowing that we’ve helped a little for a lot of children out there during a tough time has made it all worthwhile for the whole team.