Can I use George Orwell's legacy in my works?

Every time politics gets into the frame, it is tempting to resort to one of the first world-recognised writers of dystopian fiction, George Orwell, to pay a much heartfelt tribute to such a great master of English literature.

Well, as of January 2021, the 71st anniversary of Orwell's death, his works are officially out of copyright and into the public domain. So technically, there are plenty of opportunities there to play clever and reference some of his works in your own campaigns. But is it really that straightforward?

Of course we are no copyright lawyers, but we do know someone who can help. We got in touch with Laura Harper and Charlotte Peel, respectively Partner and Solicitor at law firm Irwin Mitchell, to learn more about the topic and take a chance to brush up our Newspeak. 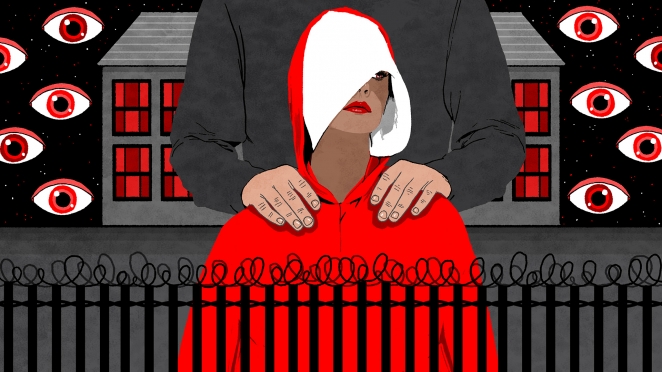 Copyright, Public Domain and George Orwell - Here's why you should exercise caution

“All animals are equal, but some animals are more equal than others.” – the famous words of Eric Arthur Blair, better known as George Orwell, English novelist, essayist and critic.

Published in 1945, Orwell’s book Animal Farm is his allegorical novel based on the events of the Russian Revolution in 1917 and the rise to power of Joseph Stalin. A group of farm animals rebel against their human farmer, hoping to create a society where the animals can be free, equal and happy with less work, better education and more food.

This anniversary is particularly noteworthy as it also marks the entry of Orwell’s works (published pre- 1950) into the public domain. Prior to this month, Orwell’s canon of work have been protected by copyright.

The UK Copyright Designs and Patents Act 1988 provides that original literary, musical, dramatic and artistic works are generally protected by copyright from the date of creation until 70 years following the calendar year in which the author dies. Copyright confers on the owner of a work the right to prevent third parties from (amongst other things) reproducing that work. This means that unless permission (or licence) is granted to use the work by the owner (or a licencee), a third party may not use the work or a substantial part of it.

Upon the expiry of copyright protection, the work enters the public domain and, subject to any other rights relating to the work, is free for anyone to reproduce.

Public domain material can be a treasure trove, as it potentially allows businesses and professionals in the creative industries to build on and develop existing material freely in order to create new content across various media, from TV, to film, games, music and theatre. This content will generally attract new copyright protection, and consequently will enable the creator to effectively commercialise this new work.

Consequently, some businesses may have been waiting for this month to take advantage of the expiry of the copyright in Orwell’s works.

However, whilst the fact that Orwell’s works have entered the public domain presents opportunities, the use of his works (and other public domain material) is not entirely as straightforward.

Whilst Orwell's works in the public domain present opportunities, the use of his works is not entirely as straightforward

Professor Davison notes in the introduction to the Facsimile edition, the “facsimile in particular reproduces all that is known to have survived of the preliminary drafts of Nineteen Eighty-Four, that is about 44% of the published text of the novel.” Elements of Professor Davison’s edition will therefore attract its own copyright protection for the life of the author plus 70 years and consequently, Davison’s work remains protected by copyright today.

Those in the creative industries seeking to use Orwell’s works will need to take care when determining what elements are in the public domain and what remain protected. Any use of the whole or a substantial part of copyright material without the relevant permissions from the copyright owner will constitute copyright infringement and entitle the owner (or licencee) to legal remedies including damages for losses sustained as a result of such infringement.

Another issue to be aware of relates to territory and differences in copyright regimes in different countries. Whilst copyright protection of Orwell’s original works may have expired in the UK, this may not be the case for Orwell’s works published in other jurisdictions.

Due to American copyright law and extensions of such laws, certain of Orwell’s works may be protected in the US for 95 years from the date of first publication. This means that businesses and individuals cannot yet freely access or commercialise Orwell’s works in the USA as they remain protected by copyright. UK-based companies or individuals may also be curtailed in publishing any new works for commercialisation in the US, such as developing computer games or creating TV programmes or musical works based on Orwell’s novels (or elements of them), unless they are able to procure the requisite licence from the rights owner(s).

Users of works entering the public domain must also be aware of other intellectual property rights relating to the works. As we know, the concept of Big Brother, a synonym for the abuse of power by government, specifically in relation to mass surveillance, is taken from Orwell’s novel Nineteen Eighty Four. However, use of the term BIG BROTHER is subject to the registered rights of production company Endemol Shine which owns various intellectual property in relation to its TV Show and format Big Brother and any unauthorised use of the words BIG BROTHER could amount to (amongst other things) trademark infringement.

Whilst copyright protection of Orwell’s works has generally expired in the UK and the works have entered the public domain, care must be taken when embarking on a project utilising these works in whole or in part.