Abusers Always Work from Home, and Wunderman Thompson wants to stop them

We've heard it, we've seen it around – reports of domestic abuse have gone up tremendously during the UK lockdown. The victims are stuck with perpetrators with little to no chance of escaping the loop, a problem which is very much alive as we speak.

Unfortunately, those who can help do not always have the means or budget to reach everyone in need. And this is where Wunderman Thompson UK has decided to step in. The agency has purposely chosen to get in touch with the National Centre for Domestic Violence (NCDV) to craft a film proactively and raise awareness of the victims of domestic abuse.

We have already had the chance to get Behind the Idea and speak with creative director Jo Wallace about Wunderman Thompson's interest in uncovering the perpetrators of domestic abuse. We believe this new campaign is a stunning follow-up to the Not-So-Beautiful Game project from last year, and we were able to get in touch with Jo again to discuss its outcomes and production process. A chilling film less than 60-seconds long, shedding light on an even more chilling reality.

We actually took the idea to the NCDV proactively. The team had seen the horrifying headlines around the increase in domestic violence reports since lockdown (up 49% in March news reports) and we immediately started discussing how we could increase awareness of the help available to victims from the NCDV.

It was actually very simple, despite the fact we’d only recently begun to work virtually. We were a small, passionate team with Daisy and Orla and myself working on the creative on the edges of our day to day work. Once we’d landed on the big idea ‘Abusers always work from home’ we quickly created a full presentation with the insight and the big idea which we brought to life with a script, plus social and poster ideas. When we shared it with Mark Groves (CEO of NCDV) he said, “It makes my hairs stand on end, let’s get it out there.” 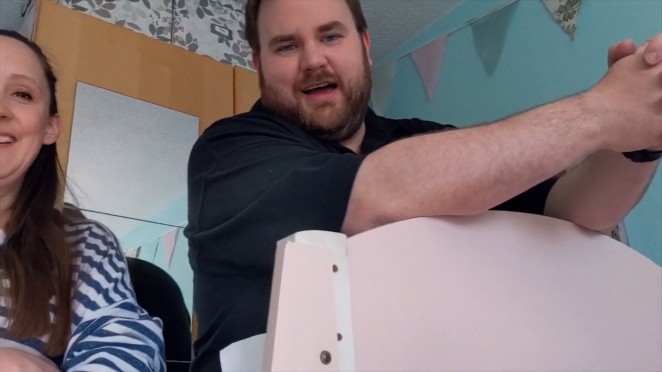 There was a clear insight within the shocking news stories: during lockdown domestic abuse reports rose 49% in the UK. Meaning that whilst the lockdown and working from home (where possible) helped people stay safe from the virus, it meant that any domestic abuse victims were literally trapped with their abuser. The creative leap was the recognition that as the majority of us were adapting to working from home and dealing with the challenges, abusers have long worked from home with horrifying effectiveness.

By highlighting the chilling reality that abusers always work from home we sought to raise awareness that coronavirus is not the only threat to a domestic abuse victims’ life. At the same time we wanted to reach those victims (or their friends/family) and let them know that the NCDV can provide help with a fast, free emergency injunction service. Which can be lifesaving. During lock down it’s actually possible to legally protect a ‘safe zone’ within a home which the abuser is then legally restricted from entering.

We wrote the campaign knowing that we wouldn’t be able to achieve a ‘typical’ shoot due to lockdown but the other main challenge was creating this for no budget. The NCDV are a socially driven business who largely channel their funds into offering free legal advice and guidance to victims of domestic abuse, rather than comms. 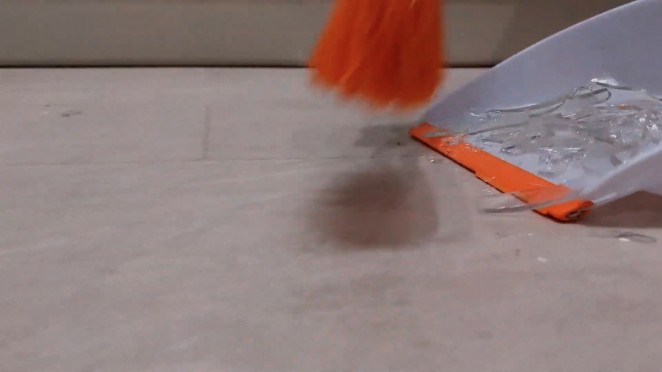 As part of our team we had a brilliant agency producer, Liberty, who quickly rallied some incredible support. There was a genuine sense of belief in the importance of the message and the strength of the idea we proposed to help tackle it. The director, Geej Ower, gave us such an incredible treatment and delivered the perfect film through Stink Films, then Framestore and WAVE stepped in with post and sound, ensuring the best possible result. BAFTA winning actress Vicky McClure readily recorded the VO for our film asset which we, again, did remotely (amongst other notable roles, Vicky played a woman trying to escape a toxic, controlling relationship in Ch4’s I am Nicola).

As a team we were utterly committed to creating and delivering the most impactful film we could in order to raise maximum awareness and reach as many victims as possible. Lockdown wasn’t going to stop us! We held all meetings virtually, we cast virtually and we even shot the film virtually – with the director and creative team giving the family notes and direction remotely. The family we cast were amazing, delivering outstanding footage.

Producing the creative assets for no budget was one thing but we didn’t have any media budget either. Our business director, Sally Emerton and project director, Verity, reached out to media owners and they responded very generously. Kinetic, JC Decaux, Ocean, Blow Up, Stylist magazine, Facebook have all been incredibly supportive as have many celebrities who have shared the film to their social media followers, such as Vicky McClure and Daisy Edgar Jones. The key is to reach as many people as we can so victims know they can turn to the NCDV for free legal advice. 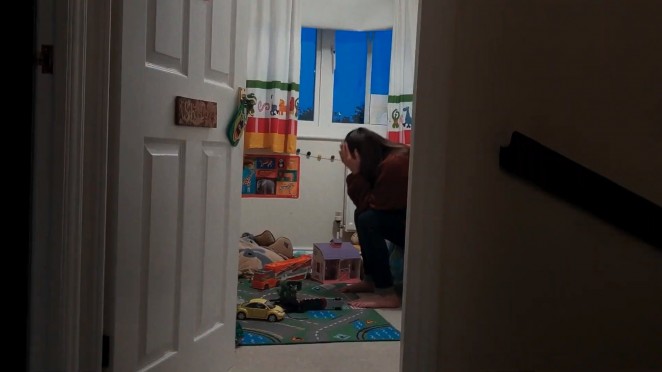 The film asset is incredibly powerful. What appears to be another, typical, upbeat UGC piece of footage of a family in lockdown quickly takes a more ominous turn as hints of abuse creep in. It’s all the more powerful for the insidious nature of the abuse which gradually creeps into the scenarios.

What do you hope it achieves for NCDV?

Our hopes are that more domestic abuse victims become aware of the NCDV and reach out to them for the help they need. 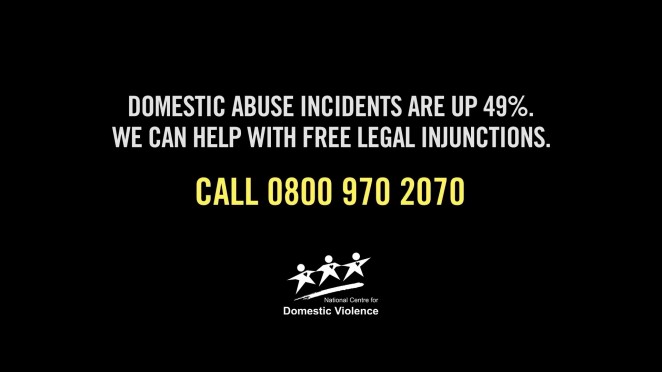 Our digital film has been organically viewed by hundreds of thousands already. And thousands of posters are live (or soon to go live) across the UK in some very prominent sites, which will further increase our reach.

It’s great to see such a worthwhile campaign out there with the potential to make a genuine difference. Feedback so far has been that it’s delivering a very impactful message and calls to the NCDV are already higher than usual.

The whole team deserves a huge thank you and we also thank Mark Groves (CEO of NCDV) and his colleagues for such a positive, speedy response, which enabled us to get this message out there whilst it really matters.

Are you pricing your agency services the right way?

As businesses, agencies have the grave burden to make profit with which they can generate growth and help the team thrive. With that in mind, pricing your agency services is arguably the most difficult part of founding and running a successful...

Are you being overworked?

Spoiler: if you’re reading this, you probably are Like most other sectors, the creative industry is one of deadlines. There’s that deadline to deliver the pitch, that other one to complete a project, that copy to write, that award to...

Pitch smarter, not harder | The secret to a more clever and resource-efficient pitching process

The one of pitching is an interesting business. On one hand, we love the thrill that comes before winning a new account/client. Agencies thrive in that addictive spiral of pitch, win, repeat - and same goes for freelancers. From the perspective of a...