Nintendo Switch: Lifting the veil on the NX

When Nintendo dropped their surprise announcement yesterday afternoon, and finally gave us our first glimpse at the NX (now known as the “Nintendo Switch”), I was in two minds about it. First there was a sense of relief, as this reveal had been almost two years in the making, and many (myself included) were half expecting a complete disaster. This was a lot of things, but it wasn't a disaster. Secondly, however, I was a little baffled by the general tone of the spot they used to reveal the device. The 'hip and happening' spot was obviously aimed at millennials, but it seemed too cynically focused on being perceived as 'cool' in a very throwback 1990s way, and it obviously took a lot of inspiration from recent Apple ads. I'm splitting hairs I know, as the spot at least managed to focus most of its 3 minute screen time on the console itself, but there's something about it that jus doesn't seem genuine. Still. The Switch looks cool. That much I'm willing to admit. And yes, I'll probably be getting one when it drops in March 2017. Kudos on that release date by the way guys! 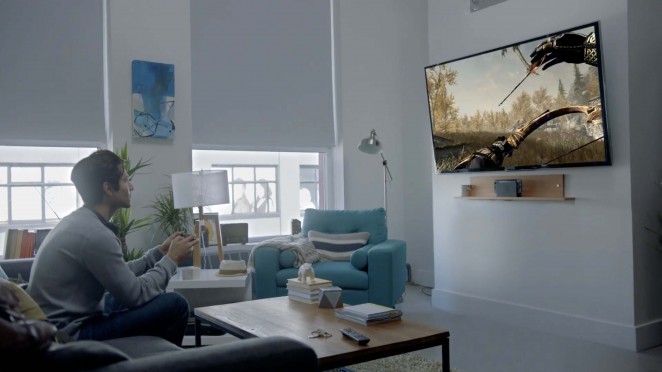 For those who haven't had the chance to check out the Nintendo Switch yet, or for those who simply didn't realise it was a thing yet, the device is essentially a hybrid portable/home console with controllers that slot into either side of a tablet-like device that also itself slots into a home dock and can be played on the big screen at home. The controllers (or “Joy-Cons”) have been designed in a similar manner to the original Wii console's nunchuck and wiimote, only much smaller, and when they are locked into the console, they act as more traditional controls. There's also a more traditional controller option. It's a great idea built around flexibility, but it's hardly the game-changer many were expecting after the relative failure of the Wii U. 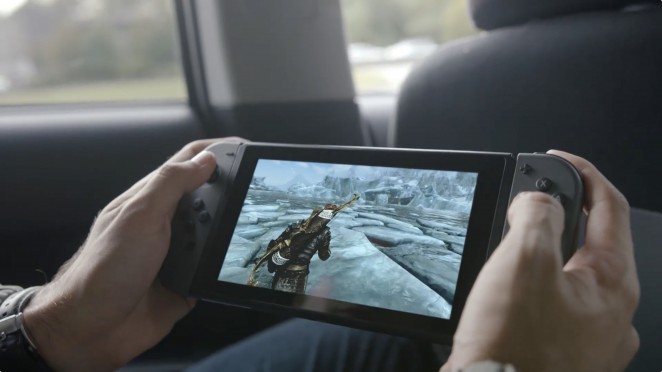 The Switch is powered by Nvidia's custom Tegra processor and, according to Nvidia itself, is also supported by fully custom software, including a revamped physics engine, new libraries, advanced game tools and libraries. Nvidia have also created a new gaming APIs to fully harness the system's performance. No price has been announced at the time of writing, but Nintendo is expected to announce a more fully-fledged Nintendo Direct at some point in the near future to introduce that detail, as well as a more complete launch game line-up. Nintendo has also released a selection of the publishers, developers and middleware manufacturers supporting the new console, with some surprising names such as Atlus, Activistion, From Software, Epic Games and Bethesda. The cartridges, meanwhile, appear to look a little like SD cards or 3DS game cartridges, and there doesn't appear to be any optical drive for Wii U/Wii backwards compatibility. But at this stage there's still a lot of speculation. 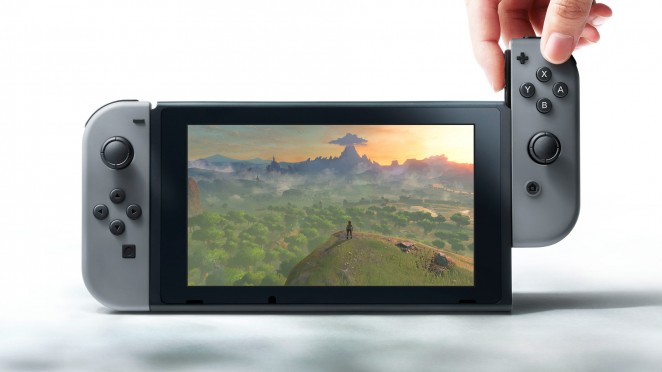 The name itself is actually quite elegantly clever. The logo too is a wonderfully simple piece of design that is classic Nintendo; all soft edges and colour contrast, with the white and red colour scheme a classic call back to a certain Italian plumber. Speaking of which, of all the games revealed during the trailer, one in particular stood out for me. We got the new Zelda game, of course, as well as a smattering of Splatoon, Mario Kart, some sports games and a surprising amount of Skyrim (yes, that Skyrim), but the real headline item was a short glimpse of a brand new 3D Mario game! From the brief footage it looks to me a lot like a cross between the Gamecube game Super Mario Sunshine and the Wii game Super Mario Galaxy, both of which are genuine masterpieces in my eyes. Honestly, all Nintendo have to do is make it an exclusive and I'm sold, especially if they price the console below £300. 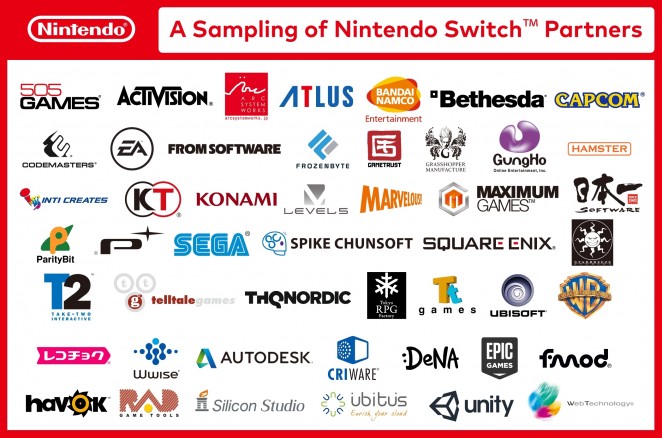 Ultimately, the Nintendo Switch appears to bridge the gap between home and mobile gaming, which is a very smart move given the way the industry has been heading over the last decade. One can only imagine how popular a Pokémon Go game could be on this device, and the idea of being able to start a game at home and finish it on the train, and without losing quality, is something gamers have been dreaming of since the dawn of NES. There are lingering questions of course (“Is it a touchscreen?” “How powerful is it?” “Is it backwards compatible with Wii U” “How much will it cost?”), but overall I think the Nintendo Switch could provide a renaissance for Nintendo as long as they play it smart. What are you thoughts? Let me know, as ever, in the comments below.

Benjamin Hiorns is a freelance writer and hopeless Nintendo fanboy from Kidderminster in the UK. Yes. I actually own a Wii U. 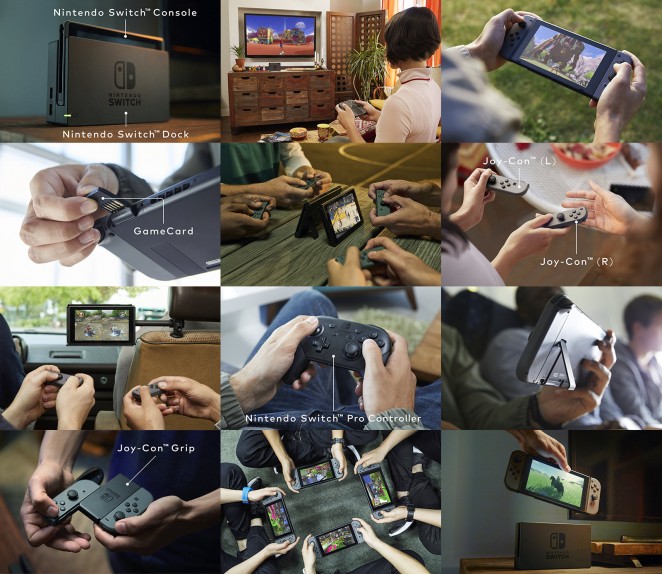