Adidas and the 3D printed shoe

3D printing has taken off in a way many (myself included) never really expected, and the latest major brand to get on board with the technology is sportswear heavyweights Adidas, who have developed a concept for a 3D printed personalised shoe as part of a promised company-wide investment in design innovations, with even more ground-breaking innovations to be revealed over the next six months. The brand has worked with 3D printing company Materialise to develop the “Futurecraft 3D” project, which is currently at the concept stage, and lets consumers 3D print their own midsole, which can be fitted into an Adidas shoe and tailored to provide maximum comfort for each individual foot.

Adidas, who have positioned the project as a statement of intent for things to come, said: “Linked with existing data sourcing and foot-scan technologies, Futurecraft 3D opens unique opportunities for immediate in-store fittings.” The company’s creative director Paul Gaudio, added: “Futurecraft is our sandbox. It’s how we challenge ourselves every day to explore the boundaries of our craft. Driving material and process innovation; bringing the familiar into the future; marrying the qualities of handcrafting and prototyping with the limitless potential of new manufacturing technologies – Futurecraft is stripped back, fast, raw and real. It is our approach to design.” 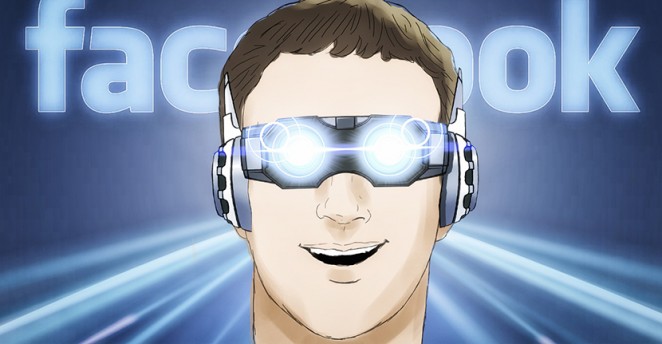 Augmented Reality (or AR) is a technology that essentially uses clever technical trickery to make it appear as though we are interacting with digital entertainment in a (literal) real-world environment. The tech has only really been used thus far in gimmicky gaming applications (see the Nintendo 3DS and PS Vita), but upcoming tech such as the Microsoft Hololens seem to suggest there is more to it than simply allowing us to blast  the shit out of alien ships in our living rooms, at least potentially.

Facebook's Mark Zuckerberg sees this potential, as he admitted this week that the company is looking into augmented reality, though also suggested that their application might be “A bit father out.” It's not Facebook's first foray into the world of alternate realities, as they bought Oculus VR for a tidy $2 billion back in 2014, though AR is a different beast entirely so it remains to be seen exactly what Zuckerberg and his cronies intend on doing with it. 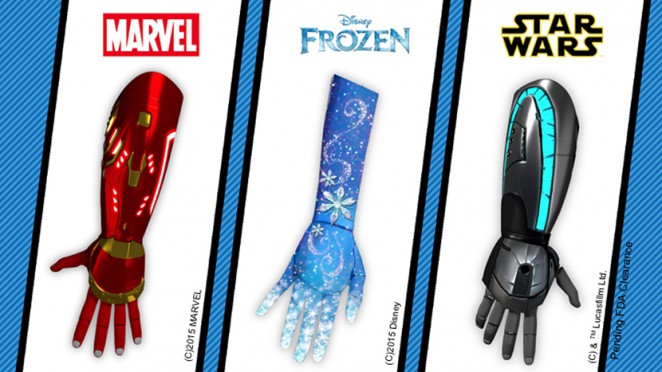 A bionic start-up company that specialises in creating bionic hands for amputees, has created a range of Disney-inspired hands specifically built for kids. Themed around characters from the Marvel universe and Disney films such as Frozen and Star Wars (yes remember, Star Wars is officially Disney now), the company has full license from The Walt Disney Company, which is donating the time and artwork of its creative teams and providing royalty free licenses for the project. But then, if they didn't, they'd be real dicks rights? The start-up is part of the Disney Accelerator program, which helps fund technology companies working in media and entertainment.

Open Bionics say on their website: “Kids won’t have to do boring physical therapy, they’ll train to become heroes. They’re not just getting medical devices, they’re getting bionic hands inspired by their favourite characters. Instead of going through physical therapy, kids will instead be able to go through Jedi training. It’s pretty amazing.” It actually is, and whilst a part of me wants to be cynical about this, it's a small part. A much larger part of me thinks it's actually incredibly sweet.

TomTom get on the self-driving car and fitness watch bandwagons 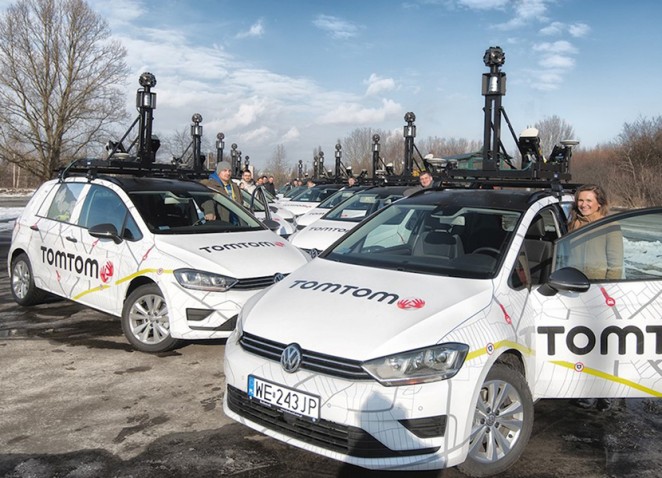 GPS device maker TomTom has moved beyond the realm of (increasingly accurate) road mapping into the worlds of smart-watches and embedded car software that could potentially be used for self-driving vehicles in the future. The company has announced the release of 15,000 miles worth of highly automated driving (HAD) maps covering Germany’s entire highway network. HAD maps are a highly accurate type of 3D mapping technology that enables automated driving vehicles to drive from point A to point B, instead of just sensing what is on the road in front of them. These types of maps provide self-driving cars with a realistic representation of the road ahead.

TomTom has also jumped into fitness with the release of the TomTom Spark watch, a wearable device that tracks steps, mileage and sleep time, but also allows you to listen to your music without your smartphone. It does require a Bluetooth-enabled headset to work, but comes with 3GB of storage space, meaning you'll be able to store around 500 songs, so unless you're going for a REALLY epic workout session, you'll be set! The Spark aims to use TomTom's GPS experience to record mileage, minutes of activity and how many calories you may have burned during that time. The watch also comes with a serious heart rate sensor that the company says rivals that of the Apple Watch. It's certainly a lot more affordable than the Apple Watch though, starting at around £140. 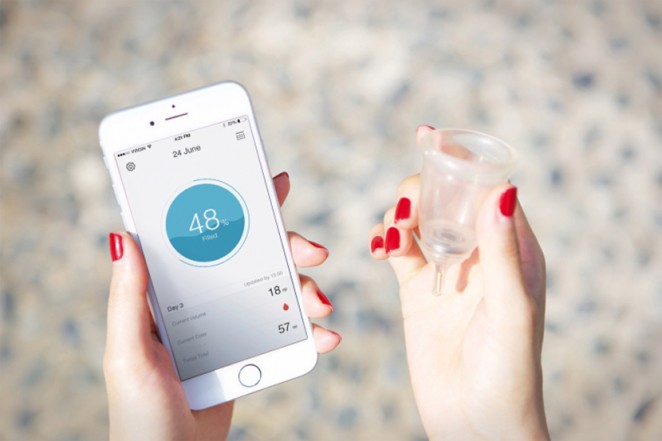 OK, I know I'm not exactly qualified (for numerous reasons) to comment thoroughly on this final piece, but it was just too delightfully odd not to feature. Looncup bills itself as “The world’s first smart menstrual cup,” and rather surprisingly surpassed its $52,000 Kickstarter goal in just one week. Created by Loon Labs, the reusable (and hopefully washable) cup tracks the volume and colour of menstrual fluid and uses Bluetooth to send that info to its connected app. Loon Labs co-founder Kate Lee, explained that changes in the amount of blood and tissue shed can signify serious health problems, and since pads and tampons absorb fluid, they can obscure gradual increases or decreases in volume, which in turn might delay diagnosis.

Looncup bills itself as “The world’s first smart menstrual cup”

The Looncup sensor, which is embedded at the base of the cup, also serves a practical purpose, as it was originally created to alert women when they need to empty their cup. In addition to improving Looncup’s design, Loon Labs also plans to develop features for women with specific health conditions and work on other products, including an ovulation tracker. After Looncups are sent to Kickstarter supporters (its estimated ship date is January 2016), the start-up will open an online store with worldwide shipping. Lee said: “We want to change the negative thoughts we’ve all had about menstruation. We think it’s something positive.” No comment.

Benjamin Hiorns is a freelance writer, struggling musician and unapologetic tech addict from Kidderminster in the UK.