The iconic Deutsche Telekom magenta colour has been used to create a brand new entertainment medium. Created by Saatchi & Saatchi London alongside the telecommunications company, The Lenz App changes the way content can be viewed, bringing about a new way to consume entertainment and enabling anything magenta to become a viewable screen. The mobile app has been created especially for Telekom Electronic Beats, Deutsche Telekom’s music and lifestyle program, and launched with the help of the British virtual band, Gorillaz. Across Europe magenta takeovers appeared overnight on April 20, launching the innovative AR application. An abandoned building, Potter’s Field Park, an underground pass and even some London taxis were all been christened in a purple and pink hue. In addition, special magenta objects and areas branded with the Magenta Electronic Beats logo, dotted around Europe triggered even more exciting footage, clips and performances. 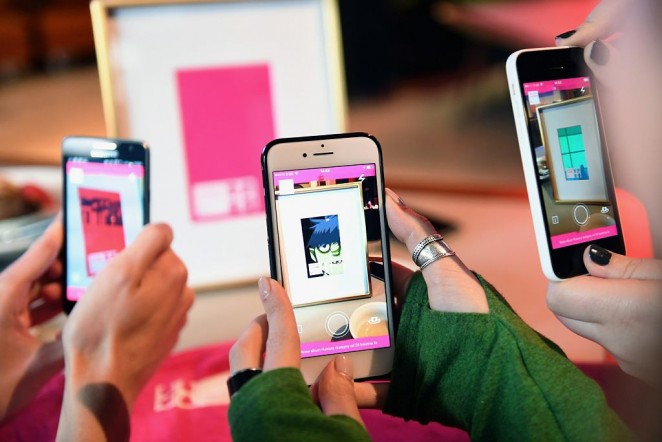 Showcasing exclusive Gorillaz content, artwork, videos and new music, the App acts as a portal to a new dimension in music and entertainment. Using Chroma Keying technology, it works by identifying colours in the real world that are similar or match magenta to activate the app and content for the viewer. Whatever the magenta surface (a computer screen, framed image or door) by placing a phone in front of it, it will reveal the exclusive content. The campaign concept was created using insight garnered by Saatchi & Saatchi London that brand colours have historically been used as the main distinguisher between competitor network providers. Increasingly these colours have become wallpaper and have declined in relevance. The solution was to create a stronger customer connection with magenta and to make people look at the colour in a whole new way. 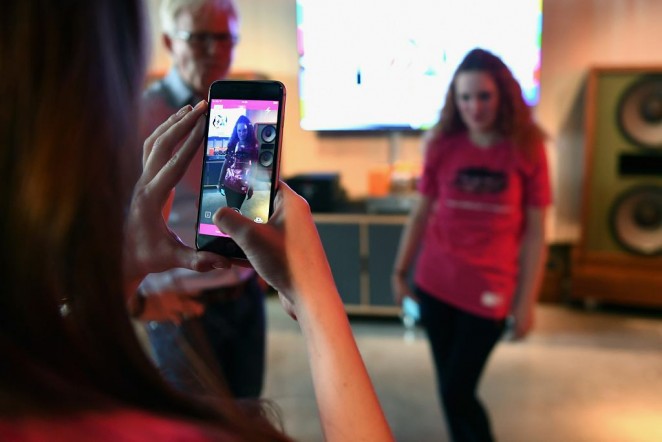 To launch the service and target Deutsche Telekom’s least engaged customer group, Millennials, a partnership was formed with Gorillaz, a band who continue to resonate most with 18-34 year olds. Through the App, the world’s biggest virtual band has become accessible in the real world. The partnership will see the first ever-live interview with the band using motion capture and composition technology, and exclusive clips from the first ever-live performance of the brand’s new studio album Humanz. This summer, Telekom Electronic Beats and Gorillaz will also be holding exclusive gigs across Poland, Hungary and Germany with content from selected shows being streamed live via the App.

Jan Teulingkx, Regional Executive Creative Director at Saatchi & Saatchi, said: “A virtual brand can literally pop up anywhere. And we took this very literally. Anything magenta is a portal for Gorillaz to come to our world. A post-it note, a magenta t-shirt, an out-of-date strawberry yoghurt, with The Lenz App they are turned into screens for Electronic Beats content. Soon, you’ll be able to see your first live concert on a magazine ad, or discover a new release somewhere on a wall in Warsaw. Anything is possible on magenta from now on.” 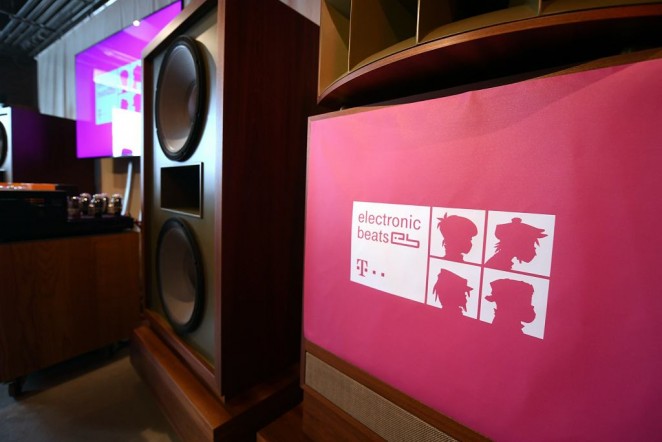 Wolfgang Kampbartold, Vice President of International Marketing Communications at Deutsche Telekom, added: “The Lenz App is a great example of how the power of connected mobile technology can be used to unlock a whole new dimension of music. Innovative new AR applications such as the App allow us to blend one dimension with another to create something entirely new and never seen before, allowing fans to experience a level of depth and discovery previously unimaginable.” 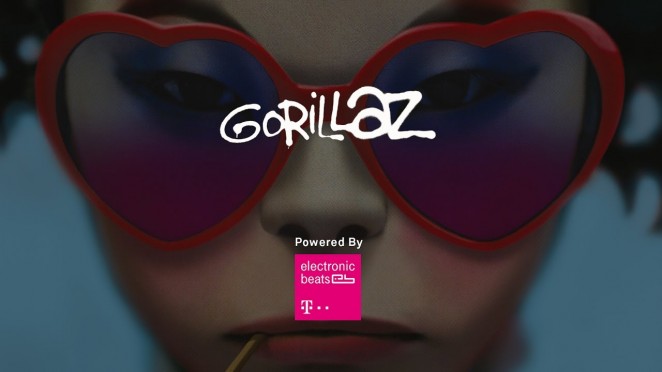 Launching across Europe, The Lenz App is available for free to download now from the App store and Google Play. Exclusive Gorillaz content will continue to be released in the lead up to their latest album launch on April 28th with more planned throughout the year. The digitally-weighted campaign includes a film introducing The Lenz App and exclusively featuring the first track from the Gorillaz new album, Charger, until the official album launch on April 28th. Fans will also get to experience an innovative online advertising format on their mobile device which will appear as if Murdoch is calling them. If answered, Murdoch will reveal a short message for them to listen to. Other campaign elements will include print, social, OOH, DOOH, PR and an influencer outreach program happening at launch.