Last night, shares in the boldly named Snap, the parent company of the snap-happy social media picture sharing titan Snapchat, fell by almost a quarter after the app reported significant losses and poor user growth. The company's first results as a public company are the first since its £18.5 billion flotation in March and register a crippling loss of $2.2 billion (around £17.5 billion) in the first quarter. Given the $28 billion valuation the company was given back in March, this means the company has lost almost 25% of its value in just three months! 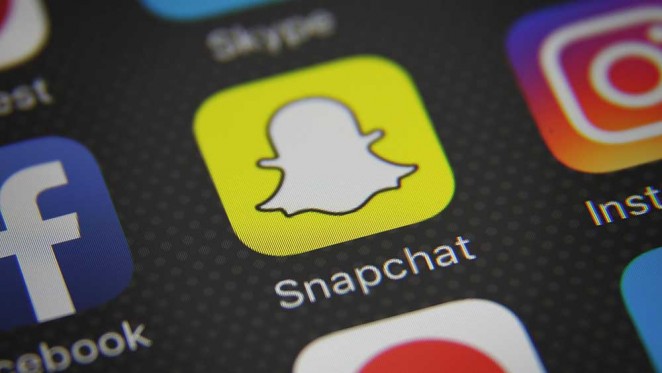 The losses were to be expected, of course, as a direct result of the $2 billion in staff bonuses trigged by the IPO (company founder Evan Spiegal took a whopping $750 million all to himself) and they always said it wouldn't become profitable until at least 2019. The real devastating blow that hit investors hard, however, comes from the user numbers. 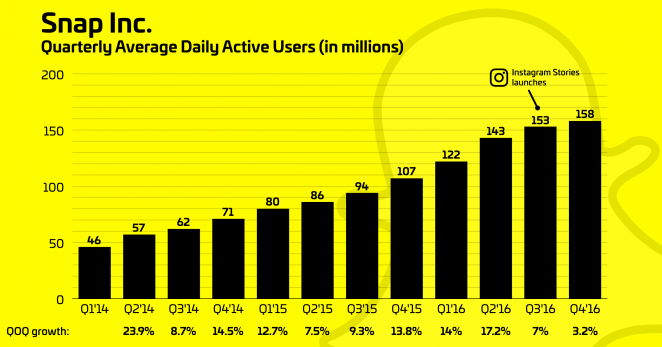 Daily active users grew from 36% year on year to 166 million in the first quarter of 2017 (ending 31 March), down from 47% growth in the previous quarter. This accounts for just 8 million users signing up in the last 3 months, which is far fewer than analysts expected, particularly given the vast amounts of news coverage the IPO got. That being said, younger millennials (the app's key demographic) generally don't care about a company's stock market value or its growth estimations, they simply care about whether or not their friends are using it. 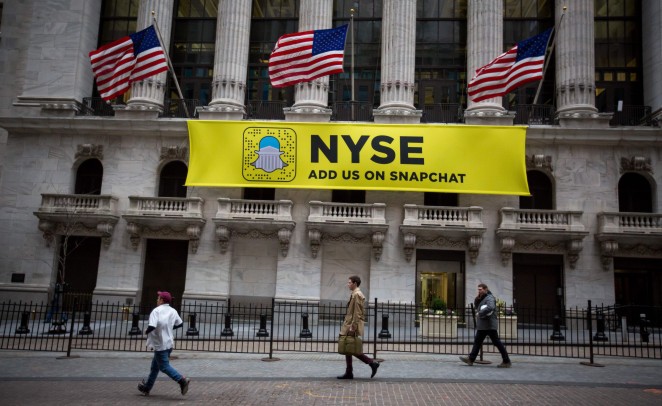 In the UK, Snapchat lost almost 1.9 million visitors (a 30% decline) and now reaches 4.3 million people, according to research by Verto Analytics. However, 338,000 were added among the 18-24 age group (a 20% rise) with the 18-24 age group now accounting for nearly half (47%) of Snapchat’s audience in the UK. So it appears that, whilst many teenagers and young adults are still clinging to the sinking ship, many more of the older users who would have initially used the app, might have moved on. 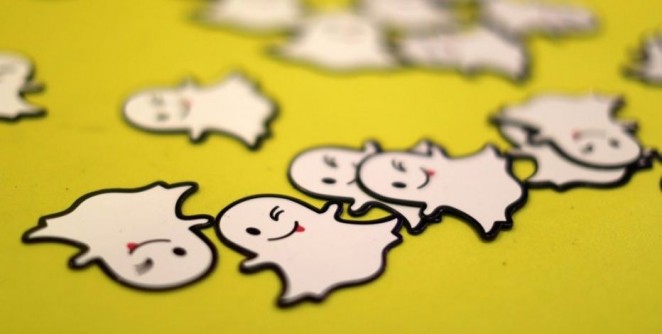 Snapchat, which allows users to send photo and video messages to one another that disappear after a few seconds, is still very popular among teenagers, of course, but investors have worried that Snapchat’s growth will stall as Facebook relentlessly targets that same audience. Instagram, the Facebook-owned photo sharing app, has copied many of Snapchat’s most popular features and has already surpassed it in daily users. 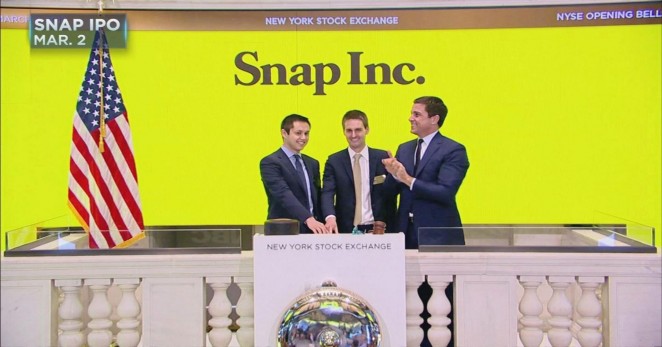 It appears we might actually be inching ever closer to a world where all digital space is monopolised by either Amazon, Google or Facebook. When Spiegal was quizzed about whether or not he was worried that Facebook was going to devour Snapchat's users as it took on more and more of the same features, he said: “Just because Yahoo has a search box, doesn't mean they're Google.” Given that Yahoo actually launched a solid 6 months before Google, I'm honestly not sure if he's taking the piss or not here. Either way, the future (the immediate future at least) is not looking bright for Snapchat.

We live in a world where the average UK consumer spends 25 hours online each week – in short, audiences are increasingly online and it’s no surprise social platforms like Snapchat are trying to perfect their advertising business in order to appeal to advertisers whilst also, importantly, ensuring content is delivered to its audience in an appealing and creative way. This is where Instagram and Facebook have both innovated to keep up with current trends – Instagram’s ‘sponsored posts’ are targeted based on what each user is already following or posting, meaning the ad resonate and don’t jar with the audience. That kind of smart innovation and laser-focus on the audience, what they want and how to best appeal to them, is the key not only for social platforms like Snapchat, but also advertisers working with them. Those that put creativity and personalisation (and not necessarily the format) first, will be most successful. Every single interaction has to be relevant and enhance the experience for the consumer. Whether you’re Snapchat or a traditional broadcaster like ITV, this is a message that has to be taken on board for any successful ad campaign.