With the exception of Christmas - because it obviously doesn’t count - the post-processed hangover sweats of the past few decades have kicked in and they’ve got us skulking to the nearest raw bar to grab ourselves something cold-pressed. Good for us.

In a twist of irony that’s seen TV and the internet make us a more health-conscious (less-trusting) crowd, we’re now looking to our food to tell us, nay, declare to us just how great it is for us. The clue’s in the packaging - and we don’t want to search endless ingredient lists and nutritional stat panels to find it anymore. Why so many ingredients anyway?

There’s a burgeoning trend within the design community, and it’s one which affords the health food market the ability to speak to us with just the right level of virtue. Essentialism.

“Essentialism is not a design style. It is a method”. Ben Cleaver and Marcus Hewitt: Yellow

Consumers have suffered something of a bombardment as the years have rolled on. Now we're in pursuit of desaturation - fed up, as it were - and packaging designers are using the principles of essentialism to give us something we haven’t asked for in a while; less.

Greg McKeown - author of bestselling book Essentialism: The Disciplined Pursuit of Less - believes; "It’s about challenging the core assumption of ‘we can have it all’ and ‘I have to do everything’ and replacing it with the pursuit of ‘the right thing, in the right way, at the right time’". It's an ethos which has been adopted by CEOs and brand strategists the world over and it seems to be a promising antidote to consumer doubt and fatigue.

That expanse of space is no design accident. The Dieline heralded the trend in its 2016 packaging awards and it isn't any wonder that numerous food and beverage brands, as well as other sectors such as pharmaceuticals and cosmetics, are laying themselves bare - in a bid to appeal to our new collective skepticism.

It’s a way of thinking that lends itself particularly well to the health food market because our key priority, when purchasing for our well-being, is cutting through the noise. We just want to know what we’re putting into our bodies - simple as that.

Plenish - whose exclusion of additives doesn’t stop with their produce - know what we mean. Courtesy of a rebrand by Mother Design earlier this year, impactful simplicity anticipates our questions and amplifies the answers; who they are, what’s in their product and, importantly, what’s not in their product. And a nod to the medicinal cross - with some pretty appealing precursors; “lift’, “calm” and so on - leaves us doubtless that this is going to be a good thing. They manage to tell us all of that in a few short seconds too. Essentialism 101 - “do less, but better”. 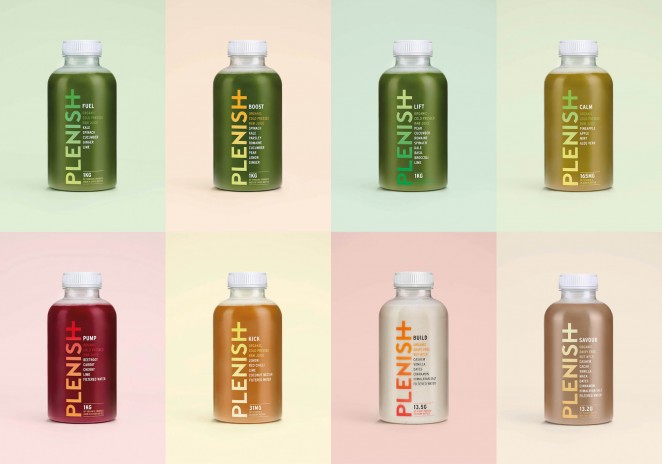 Not to be mistaken as "bland" or cold, essentialism doesn't operate with the same ruthlessness often associated with minimalism. Grant Wenzlau - Founding Partner of L.A design studio, Osso - describes the key difference between the two;

"Minimalism strips away, essentialism focuses on the essential... on clarity of message and on creating an emotional state in the viewer that is fulfilled and satisfied".

In the quest to address these trust issues we have, by creation of aforementioned "emotional state", packaging design has turned to hand-drawn type and illustration - to denote a sort of humble honesty within the health food market. Like an auntie’s home-made jar of chutney. Whether whimsicle or naive, there's a gentle reassurance in something rendered by hand - and there’s been an essentialist reimagining.

Flourish is elegantly functional rather than superfluous, and sophisticated - intentional - space acts to emphasise the truth of the product. It's about giving consumers the room to make their choice whilst swaddling them in warm authenticity.

The organic market and illustration are a quintessential partnering because this design discipline is, by process of creation, organic. 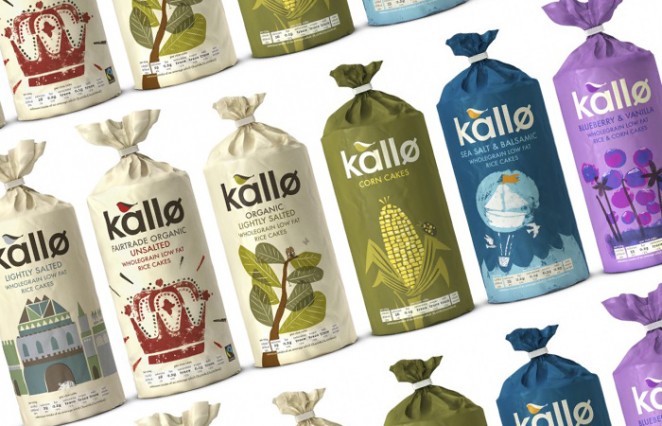 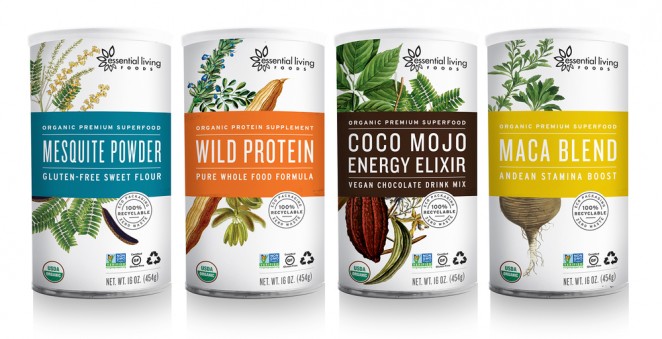 Geometric and old-world styles also adapt to essentialist principle - knowing they need only go far enough. if the imagery is potent; it can do most of the talking. Or, make the copy part of the image so that the two are working harmoniously to communicate intention, instead of vying for our very short attention - a la Dr Feelgood. The fundamental message behind health food is, after all, that it "is what it is". There shouldn't be any hidden meaning to fathom. 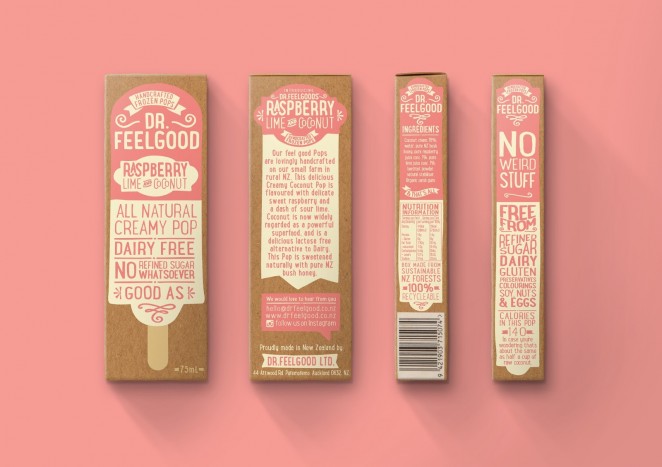 In fact, if the product has nothing to hide - why not let it speak for itself? Transparency - in the literal sense - is a subtle design device but it's serving to promote figurative transparency within the food sector; subconsciously breaking down barriers - reestablishing trust. Here's where essentialism, in its broader sense, might be taken to its conclusion; with developments in "precycling" and eco-packaging (a story for another time), which negate the need for waste-generating packaging at all.  Neat.

Remember a time when looking at a box of cereal was like walking into an arcade? We didn't quite know where to put our eyes.

It's incredible how the health food market has had to seriously reconsider their aesthetics. Long gone are the days where the more 'medical' look inspired trust. The backlash of the use of preservatives has really had its toll which has (thankfully) led to beautifully packaged products that veer away from us 'looking good' and focus on the more healthy approach of 'feeling good'. It's almost as if the less it focuses on our aesthetics and health, the more rapturing the packaging becomes.