The Infinity installation that immerses visitors in patterns of light 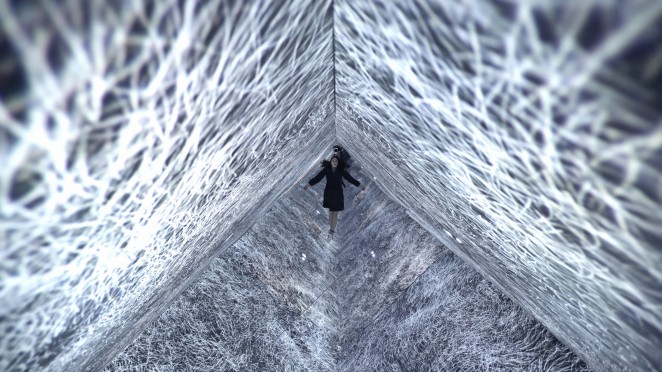 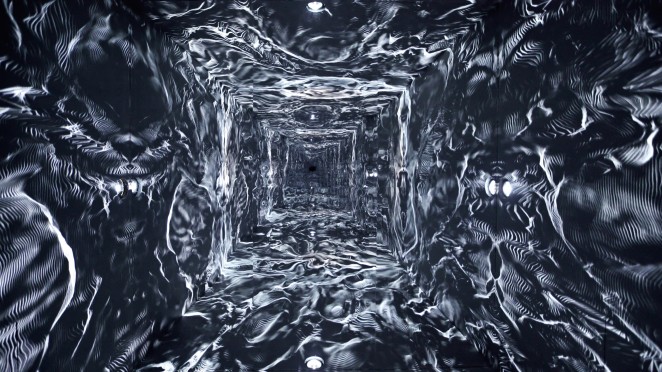 Light projected into a mirrored room created seemingly infinite patterns in a remarkable installation by the Turkish artist Refik Anadol at this year's SXSW festival. For the Infinity installation, Anadol took over a cube-shaped room that sealed so no openings could be detected. Projectors in the centre of each wall were programmed to work together, displaying light patterns that appeared to span across all four surfaces. The artist installed mirrors on the ceiling and floor so that these moving images were reflected infinitely. The lighting sequence lasted around 12 minutes, during which time the visitor could occupy the space however they chose. However the effect was best experienced when lying on the floor, as demonstrated in short films that show a visitor entirely surrounded by the projections. Infinity forms part of Anadol's Temporary Immersive Environment Experiments series of audio-visual installations, and was first created for the 40 Meters 4 Walls 8 Cubes exhibition; a project set up in 2015 by curatorial platform Artnivo in collaboration with the Istanbul Biennial art fair, at the city's Zorlu Performing Art Center.

The denim jacket that gives intimate back rubs 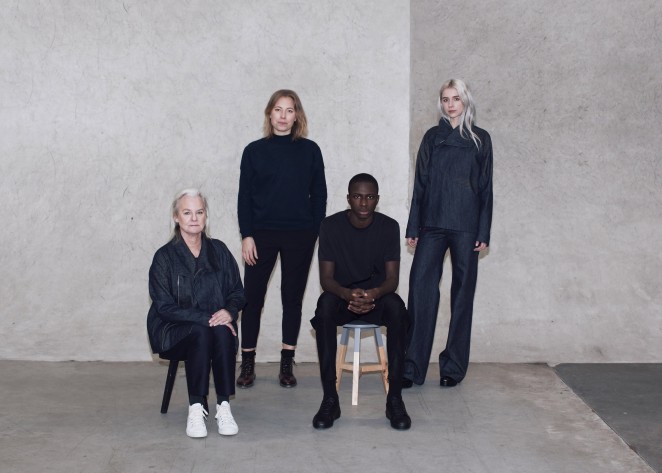 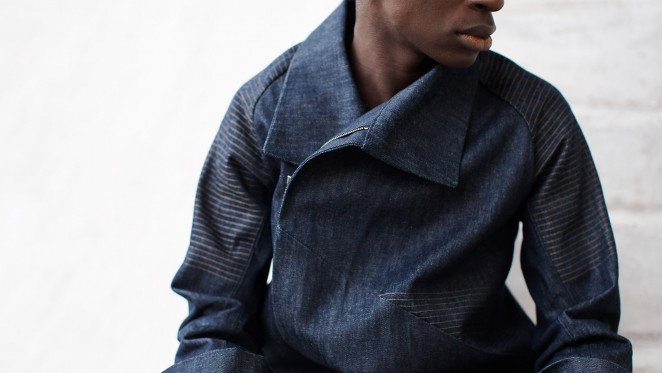 This 'smart' denim jacket, revealed at the 2017 SXSW conference by Dutch fashion designer Pauline van Dongen, strokes the wearer's back in response to touch. Conductive fibres are woven into the fabric of the Issho jacket, connecting a series of sensors with motorised parts. When the sensors register touch on various parts of the garment, an integrated component reacts to give the wearer a gentle stroke on their upper back. The designer, whose digital fashion designs range from a cardigan that measures the movement of elderly wearers to clothes that correct posture, partnered with Milanese brand Italdenim to create the material. The conductive yarns blend seamlessly into the weft, and the material is machine washable. The unisex jacket is designed to wrap around the wearer like a cocoon, with a high collar to enhance the feeling of security and a zip on the lower back that opens to create more room. Issho works without a smartphone, which was done deliberately to move away from utilising gadgets as interface. Instead, it features its own micro-controller that turns on when it senses the jacket is being worn. Van Dongen presented the garment at the festival. 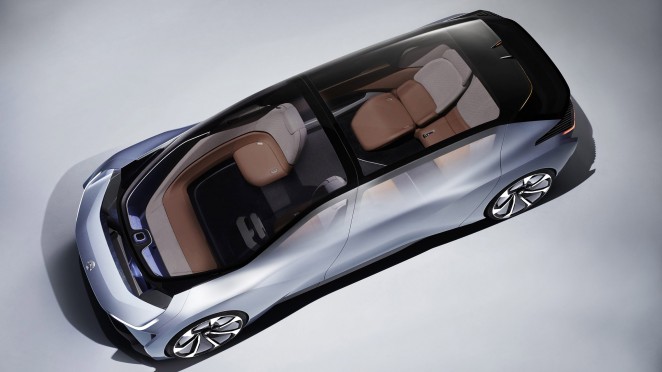 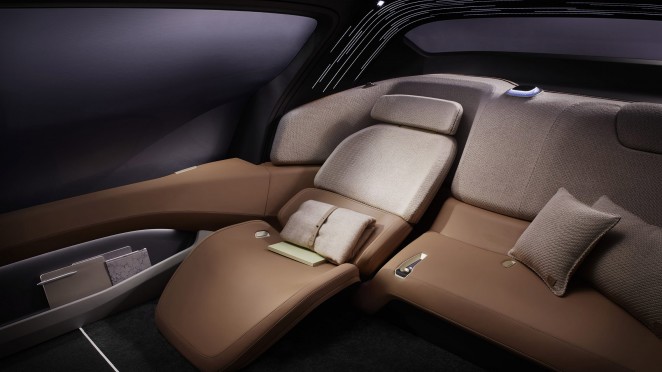 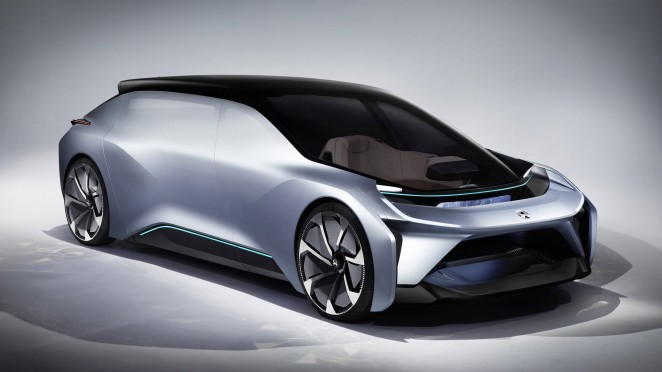 Also appearing at the SXSW Festival this month was the fully autonomous car by Chinese brand Nio, which will supposedly be coming to the market within the next three years. An evolution of the start-up NextEV, the Nio brand launched late last year with the EP9 supercar. The company has now revealed its plans to make self-driving electric vehicles available to US consumers in 2020, and has used the Eve concept to demonstrate some of the features in development. The car is completely designed around autonomy, with a living-room-like interior, voice-activated assistant and wrap-around augmented-reality screen. Eve is in line with similar autonomous vehicle concepts from Volkswagen and BMW, but unlike these brands, Nio has set itself a timeframe for bringing a version of its concept to market. A key feature of the car at this concept stage is Nomi, the artificial intelligence that runs the vehicle. Nomi will automatically tailor the driving experience to what it has learnt about individual users. Passengers can communicate with it through conversation, or use controllers positioned within the car. They also have the option to use a smart windscreen, which extends from the dashboard across the roof, forming an interactive canopy. The screen can be completely transparent, or it can be set to display information, imagery and controls as an overlay. Nio even suggests using it to stargaze, with an overlaid guide to the sky's constellations, while you drift off to sleep. As a connected machine, Eve will also be able to share intelligence and coordinate its movements with other smart vehicles, creating a more efficient flow of traffic.

Through the simple use of an existing feature of the iPhone, Los Angeles independent agency RPA made a splash in unexpected ways in Austin at this year's SXSW. Using the phone’s AirDrop feature, the agency set out to make new friends and build momentum for recruiting new talent. Specifically targeting SXSW panels where strong talent would be in attendance, RPA pinged attendees who had their AirDrop feature running on their phones with an image inviting them to a musical showcase featuring the band Frenship. Additionally, those in the job market were sent messages inviting them to visit RPA’s talent recruiters on the ground in Austin. Using the technology, as people may not necessarily have their AirDrop function running, or have it set to receiving media from everyone, was a genuine risk, but appeared to pay off handsomely for the agency, as they reportedly managed to make thousands of successful drops in just over two days! 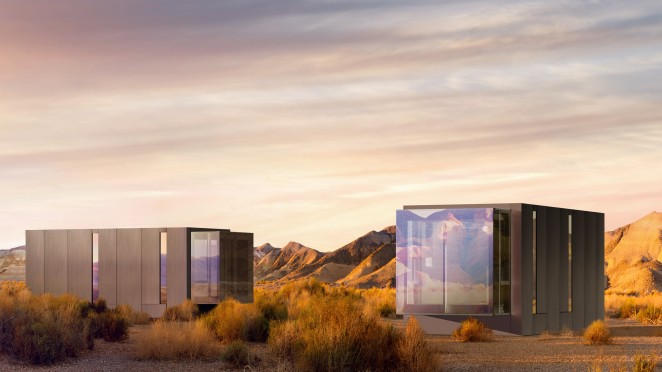 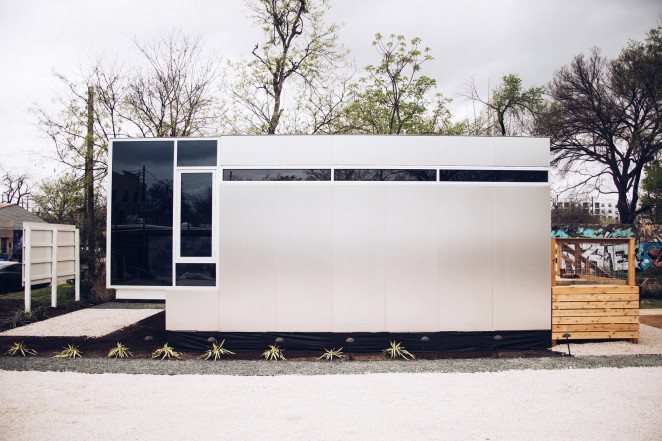 Finally, an Austin-based startup used SXSW this year to launch sales for its prefabricated tiny house equipped with systems controlled by a mobile app. The micro-housing startup called Kasita (adapted from the Spanish word for “small house”) was launched by a professor-turned-entrepreneur who once apparently lived in a bin. The company unveiled a tiny house prototype in 2015 and, after making various modifications, is now selling the units for £114,200. Discounts are available to customers who purchase multiple units. Designed by the company's in-house team, the rectilinear dwelling has a steel structural framework and is clad in aluminium composite panels. Windows are made of glass that tints automatically or on demand. The split-level interior contains a glass-walled lounge area, a living room that doubles as a bedroom, a full kitchen, and a bathroom with a shower. Clerestories and 10-foot-high ceilings (three metres) help the space feel bright and airy. Many of the home's systems and devices are controlled by a mobile app, including lights, window shading devices, an entertainment system, thermostats, smoke detectors and a video doorbell. The smart home also comes equipped with Amazon Echo Dot, a hands-free device that enables users to control systems with their voice. In the future, the company (which has grown from three employees to 22 in the past year) hopes to expand the concept and attract urban developers. Its vision is to create stackable units that can be slotted into a giant framework.

For more Tech news, you can check out our latest #TechTuesday feature or discover some of the most inventive products revealed at this years' Wearable Technology Show.