In more gaming news, last week a London artist used 100 discarded copies of the Evening Standard to create a 300kg model of the iconic London skyline to celebrate the launch of the inventive new PS4 game Tearaway Unfolded. The game, which is a port of a critically acclaimed Playstation Vita title, is the latest piece of loveable, family friendly gaming by Little Big Planet creators Media Molecule. The game casts the player as a messenger called Atoi, who ventures through a world ingeniously built from folded paper to deliver a message to the player. It's a charming game brought magnificently to life here by Andy Singleton, whose creation includes iconic London skyline features such as the Shard, Big Ben, the London Eye, and St. Paul’s Cathedral.

Singleton said: “I specialise in creating art from paper, but this is the first time I’ve used recycled newspapers and it wasn’t without its challenges. Bringing to life the incredible paper world from Tearaway took me over two months, but I’m thrilled with the results. Every piece of the sculpture, from the trees, to hands on Big Ben, has been crafted in minute detail to create a mini paper London.” The sculpture, which is currently on display at London’s Southbank, took over 120 hours to craft, and at its tallest point is over two metres high. Elements of the game world have also been sprinkled across the skyline, such as the magical Tearaway trees. Whether you're a fan of the game or not, it's undeniably impressive and really reflects the bonkers, creative vision behind the underrated game.

Apple patents a fuel cell that could power your iPhone for weeks! 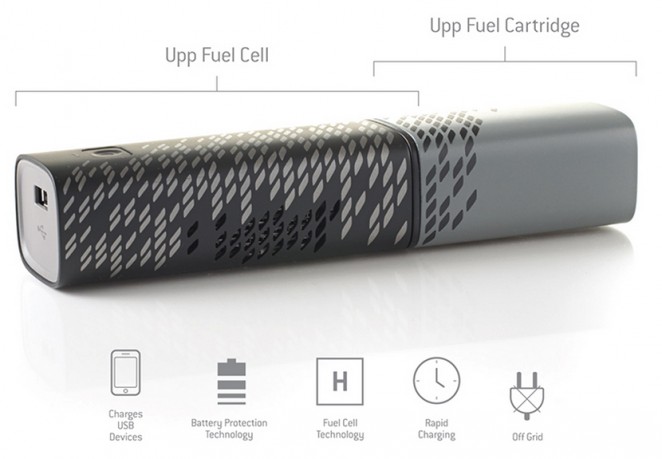 This week, Apple filed a patent for a theoretically revolutionary fuel cell that could power laptops, smartphones and tablets for weeks at a time! The tech giant, which made headlines last week when ti unveiled a whole heap of new hardware at its annual end of Summer event, is developing a portable and cost-effective fuel cell that could link to electronic devices and provide weeks worth of operating power through a “Bidirectional computer link.” I honestly couldn't tell you what this means, but it certainly sounds impressive! In fact it seems Apple themselves are not 100% sure yet, as they are not even clear on what fuel would be used to create the electrical power, but are looking at sources including liquid hydrogen, hydrocarbons and sodium silicate.

Apple has filed a patent for a theoretically revolutionary fuel cell that could power laptops, smartphones and tablets for weeks at a time

In related news, the newest version of Apple's OS X, El Capitan, is set to launch at the end of September. Apple actually revealed the operating system's release date at the aforementioned hardware event last week, but didn't draw any attention to it. El Capitan's preview page makes it official, however, setting its public release for September 30. As for the contents of the updated OS, it aims to improve upon several features introduced by the previous OS version, OS X Yosemite, as well as make everything run a bit smoother. El Capitan also adds a new Split View feature, which allows users to view two apps at once. Members of Apple's beta tester program can try out El Capitan/OS X 10.11 now. In further Apple news, iOS 9 also launches on September 16, so Apple users have a pretty exciting few weeks ahead!

In somewhat related news, artist Olafur Eliasson is launching a solar-powered phone charger as part of his ongoing “Little Sun” project. Eliasson, working with engineer Frederik Ottesen, has already developed the Little Sun solar-powered lamp, which aims to bring light to 1.1 billion people around the world who live without access to electricity, but now, Eliasson and Ottesen have turned their attentions towards the smartphone world by collaborating on a handheld solar-powered phone charger, which the developers claim offers a full smartphone charge from just five hours of sunshine. Best of all; the charger will work with all existing mobile devices and cables and uses a standard USB port. Could you see Apple allowing their fuel cell batteries to be used on non-Apple products? I certainly don't think so! 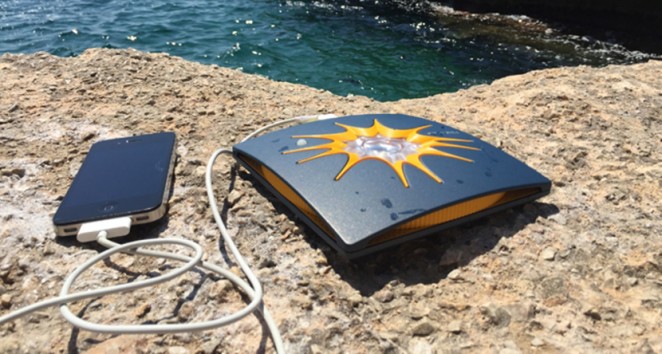 Eliasson said: “I believe that art can change the world by making an issue as urgent as energy access not just understandable for the mind but also physically tangible. This experience can lead us to recognise our interconnectivity, what we have in common, and it moves us to act.” Ottesen adds says: “It’s great for outdoor use. Hang it from your backpack and it will charge all day while you’re out and about.” Eliasson and the team have developed a prototype design and launched a Kickstarter campaign (which has now hit its target) to take the charger into production. The charger will be ready for market by March 2016.

Catch Pokémon in your own back garden with Pokemon Go

In a move that expands on Nintendo's commitment towards mobile gaming (after they struck a deal with Japanese company DeNA in May to make a series of mobile games based on Nintendo brands), the gaming powerhouse has partnered with a tea of former Google developers to create a Pokémon game for smartphones that uses AR (Augmented Reality) technology to put Pokémon literally (almost) in the real world! Pokémon Go, which is set to be released next year for iOS and Android devices, will involve going to real world locations while playing on your phone in order to catch Pokémon. It has been developed in partnership with The Pokémon Company and Niantic, which as a Google subsidiary made the location-based game Ingress. 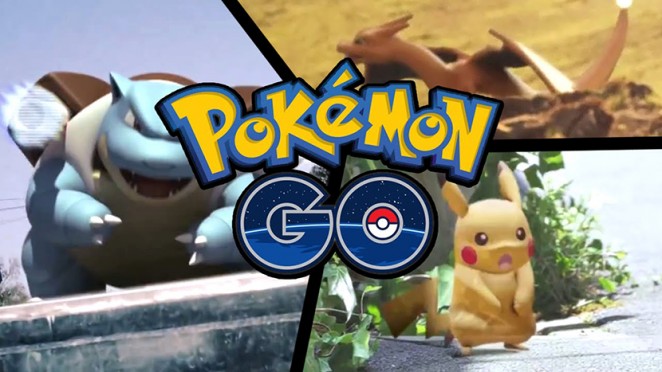 The real selling point for the game comes in the form of the Pokémon Go Plus devices, which players will wear like a watch that connects to their phones via Bluetooth, vibrating and flashing when a Pokémon is (virtually) nearby, so they can press a button to attempt to catch it. Whilst in theory the game sounds like a license to print money, the rumoured addition of in-app purchases (or “Play to win” content) could prove controversial, but the involvement in the project of Pokémon series director Junichi Masuda should assuage any concern among fans. Sounds good to me, but I hope players will be able to resist the urge to chuck their phones around like Pokéballs, because something tells me an iPhone isn't quite resilient enough to withstand that kind of abuse.

Space exploration company SpaceX has unveiled the interior designs of what will become the first privately-owned space craft to transport passengers to the International Space Station in 2017 when it makes its maiden voyage. The company, owned by Tesla entrepreneur Elon Musk, became the first non-governmental space agency to take a cargo craft to the space station in 2012. The new craft, called “Crew Dragon,” will transport up to seven astronauts to the Space Station, and is designed to be an enjoyable and comfortable ride. Four windows mean that passengers can take in panoramic views from their seats, which are made from the highest-grade carbon fibre and Alcantara cloth.

Overhead display screens will provide information on the Crew Dragon’s position in space, possible destinations and the environment on board. SpaceX hopes that the craft will eventually be able to fly to other destinations. Crew Dragon will be fully autonomous so both crew and mission control can operate it. On-board the astronauts can control environmental variables such as temperature. An emergency escape system, which has already been tested, would put the astronauts under the same G-forces as a Disney Ride according to the company. It would appear we're within touching distance of making space travel comfortable and easy enough for everyone. Exciting times indeed!