The internet was awash with praise this weekend after Windows 10 began quietly slipping into the inboxes of eager Windows 7 and 8.1 users across the world. Some of the highly mooted features include the ability to stream Xbox One games to your PC through a bespoke Xbox App, and there are even suggestions that the reverse option could also be available at some point in the near future! System start up is also now significantly speedier, and the much heralded return of the start menu is probably reasons enough on its own for some users to make the jump. There’s also automatic switching between touch and desktop modes, which will be a godsend for those of us who were frustrated by the touch-centric Windows 8 interface. Microsoft Office apps are also included in the package and everything from gaming to music and video reportedly performs better on the new system.

Windows 10 began quietly slipping into the inboxes of eager Windows 7 and 8.1 users across the world this weekend

So what are you waiting for? If you’re eager to upgrade to Windows 10 and have yet to receive your invite, there is a way to circumvent the roll-out procedure! Simply download the media creation tool from Microsoft’s Windows 10 download page and when you try to install it, a prompt will appear asking you to upgrade your PC. And if there are any underlying faults in the system, Microsoft has already announced that the first major update (called Service Release 1) could be released within the next week. Following that, yet another sizable update is set to release sometime in October, and will bring even more bug fixes and features. These feature include a new messaging app and extensions to support the Microsoft Edge browser.

Yep, you read that right, a company has actually produced a range of underpants that not only absorb flatulence, but apparently “Flatter” the resultant odours. The so-called “Shreddies” (I’ll never look at the breakfast cereal the same way again) are made special by their "Zorflex" activated carbon panels, which trap and neutralise the scent of a fart (the sound will remain in-tact though). It’s not as easy as putting them on and letting rip though, in fact, Shreddies recommends a specific farting stance to ensure “Proper neutralisation of the odour.” Legs should be held close together, and the wearer should ensure their underwear fits well so that no rogue smells can escape through gaps in the waistband or leg openings. Shreddies also has some pretty stringent laundry care requirements: the magical underpants can only be washed with soda crystals. Talk about high maintenance!

The bird is the word

This weekend was almost like going back in time to 2010, as you could barely step foot onto a bus or a train without hearing the tell-tale squawks and muted, avian explosions of Angry Birds. The aptly titled sequel (Angry Birds 2) to the smash hit bird flinging, pig bashing free-to-play mobile game hit the Apple app store and the Google Play store towards the tail end of last week, and brand recognition coupled with some surprisingly positive early reviews, resulted in the game becoming the most popular app of the weekend. Is it deserved though?

Angry Birds 2 has already passed 10 million downloads, making it one of the most popular gaming apps of recent years

I gave into the hype and downloaded the game on Friday evening whilst waiting for friends to arrive at my local watering hole. What was supposed to be a frantic 5 minutes ended up as a more intense half hour, which I feel is the hallmark of any successful mobile game: You don’t realise how much time you’re wasting. At the time of going to press, Angry Birds 2 has already passed 10 million downloads, which is a remarkable achievement by any stretch of the imagination. The game’s new level system (stages now branch off into multiple scenarios), bird classes (my personal favourite being the one that drops explosive eggs) and “Spell system” have been singled out as notable steps forward for the franchise, but players have been less forgiving regarding the game’s Candy Crush indebted new micro transactions. Honestly though I didn’t find them to be a hindrance, it’s perfectly possible to enjoy the game without forking out a penny!

A new line of computer monitors were unveiled by Samsung this week that can wirelessly charge your phone via a convenient charging stand found on the base of the screen. The SE370 monitors come in 23.6 and 27 inch varieties, and are being touted as the industry’s first monitor with integrated wireless charging. It works in a similar manner to Samsung’s existing wireless charging bases, so only works with phones that support the Qi charging standard such as Samsung’s own Galaxy S6 and the iPhone 6/6Plus. 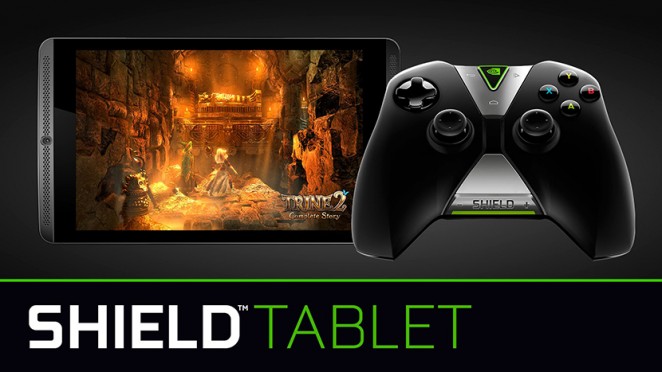 The NVidia Shield is a wonderful idea on paper, but in reality, the powerful mobile tablets have been less than successful. The idea behind the range of devices is to offer console-quality gaming on the go, but with the drastic success of the Nintendo 3DS and the abject failure of the Sony PS Vita, it would seem that mobile gamers really don’t care all that much about raw power. As such, The Shield tablet has not exactly sold by the bucket-load, and the most recent iteration of the device has been recalled over fears over battery overheating, which feels a little like the final nail in the coffin to me.

Other Nvidia products like the Shield console will not be affected by the recall, but any user of a Shield tablet sold between July 2014 and July 2015 is at risk. Nvidia suggests that people stop using the tablets immediately - unless it's for the purpose of backing up data or participating in the recall. Nvidia has said will replace any affected tablets. It has also set up a webpage taking users through the process, as well as steps to determine if a specific tablet needs to be returned. People will receive their replacement Shield tablet after registering for the recall, though Nvidia didn't specify how long it will be before it arrives. 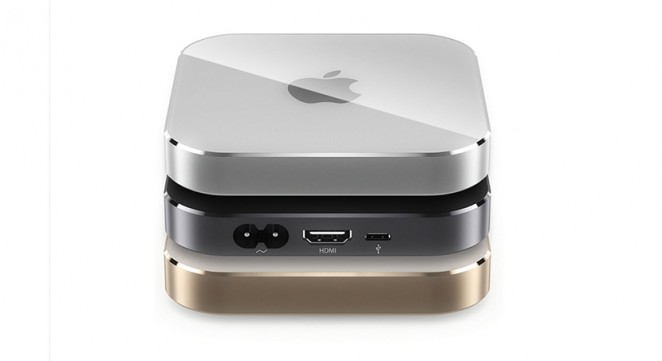 Rumours have been trickling out of California this week which suggest that the next-generation Apple TV will be announced this September. Apple is reportedly planning to unveil the new Apple TV during the September event in which the company typically announces new iPhones. It will be a significant overhaul the current version, with features such as a newly redesigned remote, Apple's A8 system on chip, increased storage, an improved Siri-enabled operating system, and a slimmer chassis. The new Apple TV was originally planned to be unveiled in June at the World Wide Developers Conference, with its appearance being scrapped at the last minute.