A fresh face on the iPod

Apple has officially revealed a brand new iPod Touch, and has also announced a gaggle of new colour options for the entire iPod line. We reported a few weeks back that the latest iTunes update leaked this information ahead of time, and it appears we were right on the money. The new iPod Touch features an 8 MP camera and an improved front-facing HD camera, along with a high-powered A8 processor, the same processor currently found in the iPhone 6. The new colours for the iPod line, meanwhile, are space grey, silver, gold, pink and blue.

Pricing for the new iPod Touch starts at $200 USD for the base 16GB model, $250 for 32GB, and $300 for the 64GB. Apple is also offering the iPod Touch for the first time with 128GB of storage for $400. Images of Apple's next iPhone, the iPhone 6S, also leaked earlier this month, revealing that the new phone will look similar to the current iPhone 6 on the outside, but will contain multiple upgrades on the inside (where it counts). 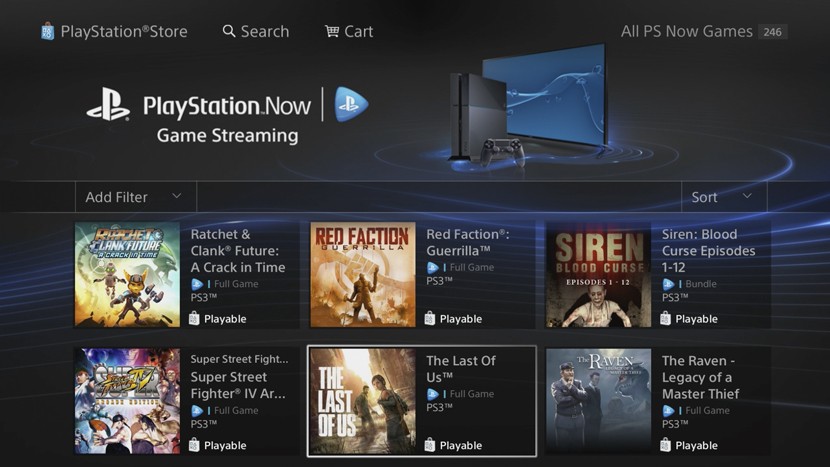 Playstation Now, the streaming service that allows PS4 users to stream PS3 games from an online cloud, officially entered the open beta phase in the UK this week. During the beta, games will initially be offered for rental only, but a subscription service will be coming later in summer, which will essentially position Playstation Now as the “Netflix of gaming.” Prices on rentals is pretty steep at the moment, ranging from £3 to £8 depending on the game, for a rental period of 48 hours or 30 days. There are some great games included in the beta though, with classic PS3 hits such as Uncharted, The Last of Us, Dead Space 3, Bioshock Infinite, and Mirror's Edge up for grabs.

To use PS Now you need a Sony Entertainment Network account, a payment method, a Dualshock 4 or 3 wireless controller, a PS4 or compatible Sony device, and a broadband Internet connection. The open beta trial is also available on select Sony Bravia TVs and Sony Blu-ray Players. PlayStation Now is already available in the US.

The Commodore 64 is reborn as a Smartphone 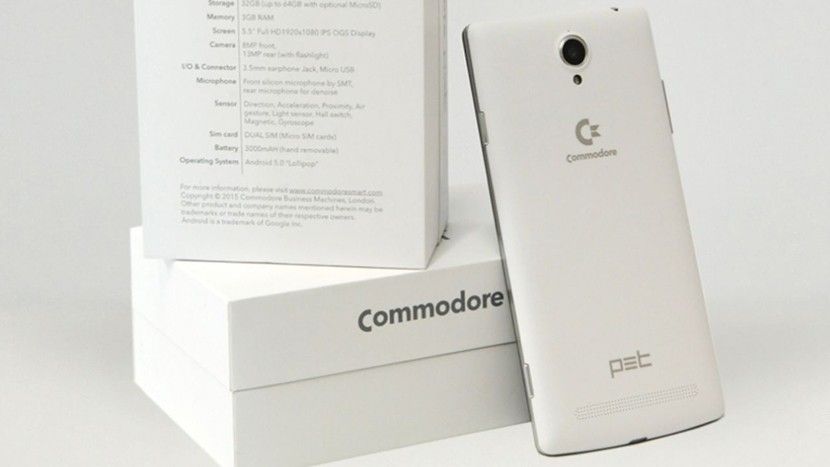 Anyone who grew up in the UK in the 1980's probably remembers the Commodore 64. The classic home computer might have been a little bulky, and the games (which came on cassette tapes) might have taken about half an hour to load, but there is an undeniable retro charm to the C64, which is probably why so many people were pleased with the reveal of the Commodore PET, which was launched this week. The PET is a Commodore branded Android smartphone, which runs a custom version of Android 5.0 Lollipop and lets users play both old Commodore 64 and Amiga games via preinstalled emulators. According to Wired, unspecified developers are working on bringing some of the games to the PET before its ships.

The PET is a Commodore branded Android smartphone, which lets users play both old Commodore 64 and Amiga games via preinstalled emulators

The device sports the iconic Commodore logo on its case and a 5.5-inch IPS 1920×1080 pixel resolution Gorilla Glass 3 display. It features a 1.7 GHz 64-bit eight core processor with ARM Mali T760 GPU, 3000 mAh battery, 13-megapixel camera, 8-megapixel front camera and dual-SIM 4G connectivity. The PET launched in Italy, France, Germany, and Poland this week in two models; a 16GB model and a more powerful 32GB model. The company has future plans to release Commodore PET in more European regions and North America. The Commodore 64 was first released in 1982 and was of a popular gaming platform of its time with games like Archon, Skyfox, Koronis Rift, Radar Rat Race, Karate Master, and Choplifter.

British Gas and the internet-connected thermostat

Swiss designer Yves Behar has designed an internet-connected thermostat that sits among a suite of British Gas’s new Hive products, all of which aim to give customers a complete connected home experience. Hive is the company’s connected home brand, which allows people to control the temperature of their home remotely on a phone or web app. Behar, who has spoken about not being keen on the integration of unnecessary touch-screens in products, has hidden the LED display on the thermostat so that it only becomes visible when needed.

The new generation of products includes a smart plug and smart lighting in addition to the updated thermostat, meaning that users can control the ambiance and environment of their home. Plugs also allow appliances to be controlled remotely and allow people to check that they haven’t left anything on. The plugs are also one of a number of new products being marketed as security aids. Others include motion sensors that detect if there’s movement in your home when you’re not there, while window and door sensors can indicate if they are open or closed. Also lights can be controlled at any time to give the impression that a home is occupied.

Windows 10 updates will be mandatory

It was revealed by Microsoft this week that Windows 10, which is planning to launch globally on the 29th of July, won't allow its home users to skip updates. Great news for users who like to keep on top of their updates of course, but bad news for those who like to download and install things at their own pace. The reveal of this news comes from the EULA attached to the recent preview release of Windows 10. Skimming through the text makes it pretty clear that the free OS update (for Windows 7 and 8 users at least) is going to take responsibility for any and all updates.

Only Home users are subject to the mandatory and automatic updates. Owners of the Enterprise Edition can choose to sign up for the Long Term Service Branch, thereby allowing businesses to update every 2-3 years. The specific clause states: “The software periodically checks for system and app updates, and downloads and installs them for you. You may obtain updates only from Microsoft or authorised sources, and Microsoft may need to update your system to provide you with those updates. By accepting this agreement, you agree to receive these types of automatic updates without any additional notice.”