It is. Officially. ON!

Last week I reported about a proposed round of bonafide, giant robot on giant robot combat between the US and Japan. I can now happily report that the fight is very much on, after Japanese robotics company Suidobashi accepted the challenge put forth by US robotics company MegaBots. The ensuing battle is sure to be just as thrilling as the recent Women's World Cup final between the two great nations, with hopefully a few more explosions. The news came through last week, when Suidobashi CEO Kogoro Kurata responded to the challenge by simply stating: “I'll fight. Absolutely.”

The epic giant robot battle between the US and Japan is officially on!

If the match is successful, this might not be the last robot battle we see either. Indeed, it would appear MegaBots are considering a fully fledged, UFC-style sports league in much the same vein as the classic BBC nerd-fest Robot Wars, albeit with a little more pizazz. And less Craig Charles (presumably). It will be a while before we actually see any action though, as the rules of the battle dictate that both companies now have a year to make any modifications prior to the battle. In the meantime, you could always check out old the Robot Wars re-runs on Challenge TV.

Samsung on the cusp of a big reveal!

If reports are to be believed, Samsung are close to revealing their latest big smartphones; the Galaxy Note 5 and the Galaxy S6 Edge Plus. It's thought that both devices will have 5.67-inch Super AMOLED displays and an industry-beating 2560x1440. The Note 5 will have a flat display, while the S6 Edge Plus will use the same dual edge curved display as its predecessor. Both will reportedly have glass backs. The Note 5 is expected to come with an eight core Exynos 7422 processor, while the S6 Edge Plus will come with a six core Snapdragon 808 processor, a 16-megapixel main camera with 4K video recording. Samsung is yet to comment on these possible leaks, but details are expected to emerge at an event in September.

This autumn, the BBC will be giving away around one million tiny, programmable Micro Bit computers to Year 7 children in the UK in order to encourage a new generation of programmers. The pocket-sized design has a lot in common with the Raspberry Pi, only this device is primarily aimed at children. In essence, it's building on the legacy of the original BBC Micro from the 1980's, only the Micro Bit is designed to be more approachable and fun. The device was developed by a team of 29 partners including Barclays, Microsoft and Samsung. Technology Will Save Us worked on the physical design of the computer, as well as creating graphics and engagement to encourage children to use it.

The BBC will be giving away around one million tiny, programmable Micro Bit computers to Year 7 children in the UK

The Micro Bit has 25 fully programmable LED lights, two buttons, and a motion sensor. These were not shown on a prototype in March, and although there are now more features, it also means that a battery pack will be needed if it's to be used as a standalone product. The Micro Bit also has a magnetometer, an accelerometer, and a Bluetooth chip, as well as outputs which can connect to other computers, tablets and phones. It measures just 4x5cm, and allows children to code simple games, apps and other ideas. The Micro Bit has been developed as part of the BBC’s Make it Digital campaign and aims to address a digital skills shortage in the workplace. It will start to arrive in schools in October, and the BBC and its partners say they will work closely with teachers and educators to provide support and resources to help use the device. 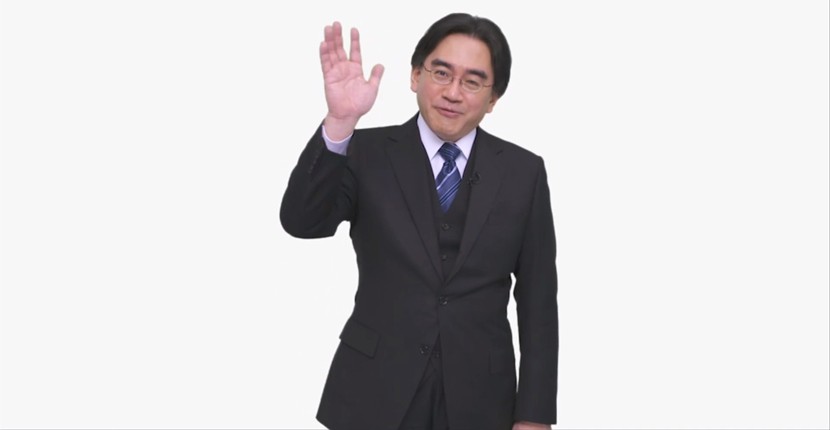 I end on a sombre note this week. News broke last night that Nintendo CEO Satoru Iwata passed away on July 11 due to a growth on his bile duct that he had been battling with for the past few years. A statement from Nintendo read: “Nintendo deeply regrets to announce that President Satoru Iwata passed away on July 11, 2015 due to a bile duct growth.” Iwata began working at Nintendo in the 80s as a programmer, working at the HAL Laboratory, creating the successful Kirby series in the process. He became a director in 2000, and was appointed President of Nintendo in May 2002. Iwata oversaw the launch of the GameCube, the Nintendo DS, 3DS, Wii and Wii U, and was very much the public face of the company in Japan. It's a sad day for veteran gamers everywhere. RIP Iwata-san.

Benjamin Hiorns is a freelance writer, struggling musician and unashamed tech nerd from Kidderminster in the UK.