Disney and Japan's All Nippon Airways have joined forces (pun obviously intended) to transform a Boeing 787-9 Dreamliner into the beloved droid R2-D2 from the Star Wars movies, as part of the Star Wars Celebration event, which took place in California last week. The rather snazzy plane will be flying on international northern hemisphere routes this Autumn and will continue to operate in its current visage for five years. As far as who'll be lucky enough to actually fly in R2? It's a bit of a jackpot as ANA is yet to determine the flights and routes, so any of the 37 cities the airline caters to could strike lucky (or unlucky if you happen to be the only person in the world who hates Star Wars).

Walt Disney and Japan's All Nippon Airways have teamed up to transform a Boeing 787-9 Dreamliner into R2-D2!

Kayleen Walters, vice president of marketing for Lucasfilm Ltd, said in a statement; “We’re excited to be involved in this collaboration with ANA, one of the world's leading 5-star airlines. We’re proud of the innovative R2-D2 design, and we look forward to witnessing the first-ever flight of a passenger aircraft featuring a Star Wars character. We’re confident that Star Wars fans around the world will absolutely love this design.” The plane made its big début, of course, as the world was still reeling from the reveal of the second trailer for Star Wars Episode 7: The Force Awakens. Are you all as hyped up about it as I am?

Anyone even remotely interested in current technological trends will tell you that this year is all about two things; smart watches and virtual reality. Now, whilst a smart watch (especially a highly coveted Apple Watch) will set you back at least a few hundred pounds (on a good day), Google are making sure that even those of us without bottomless pockets can get in on the ground floor of the VR revolution with their remarkable Google Cardboard headsets. For those unfamiliar with the concept, Google Cardboard is an affordable kit that allows anyone to construct their own bespoke VR goggles from little more than the included bits and bobs and some pieces of old cardboard. 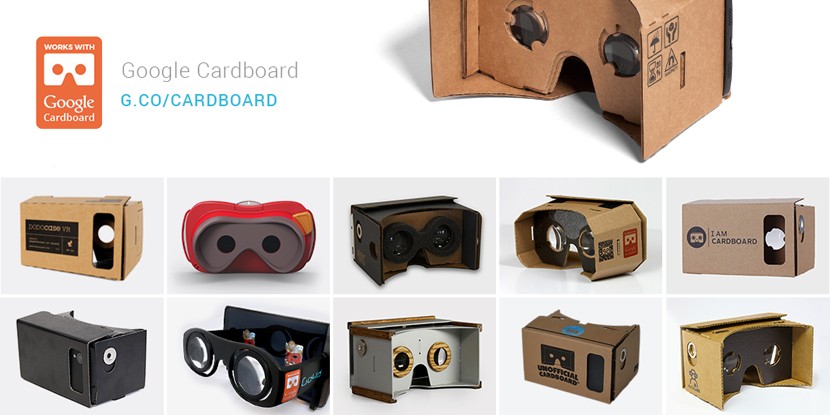 Used in tandem with a modern smart phone, a Google Cardboard device can be used as a legitimate alternative to extravagant devices such as the Oculus Rift and the upcoming Sony Project Morpheus. In a move to help ensure their future monopoly in the affordable VR field, Google recently unveiled a new program that makes setting up the device remarkably simple. Simple called “Works with Google Cardboard,” the program ensures that every homemade headset is compatible with the VR apps designed to be used with Google Cardboard. The software should ensure that all early adopters are able to get the kit working (literally) right out of the box. 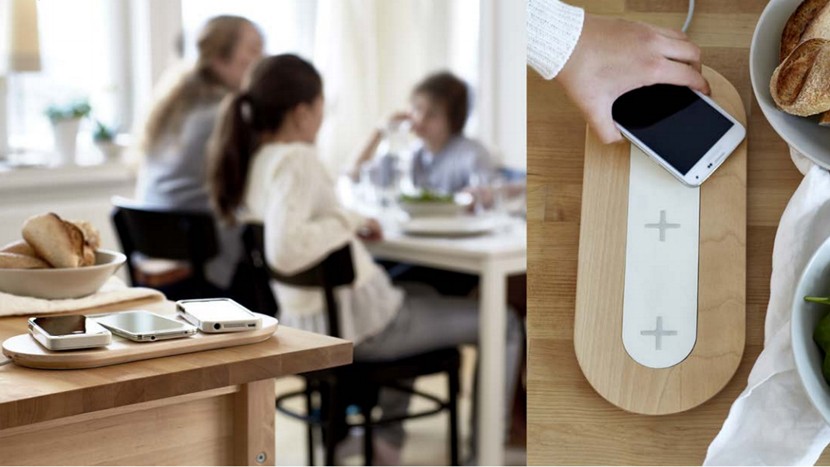 The Swedish furniture giants (and meatball maestros) IKEA are reportedly due to start selling furniture later this Spring which wirelessly charges your mobile devices. The wireless pads, complete with subtly designed plus symbols, have been designed to blend into the furniture without feeling out of place. It's all very minimal and “Applesque.” There will also be a wireless charger called JYSSEN available that will allow users to turn any piece of furniture they desire into a potential charging pad, and for just $30 (in the US of course) that sounds like a bit of a bargain to me. I've always wanted to turn my toilet into a charging station! 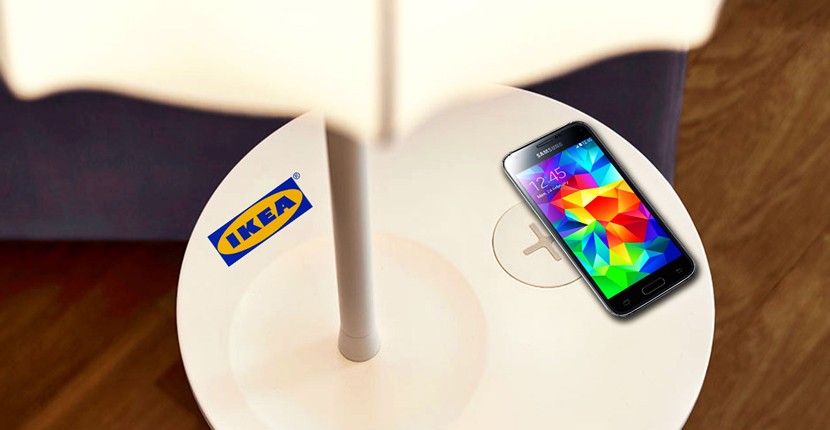 There will be a wide range of wireless charging products available from launch, such as the SELJE nightstand, and the VARV table lamp. If your phone doesn't already support wireless charging, the VITAHULT charging cover will also be available. Of course, wireless charging is hardly an original concept, as most modern smartphones are compatible with QI wireless charging stations, but the idea that the stations will actually be built into the furniture itself is pretty nifty indeed. Let's just hope it doesn't require some assembly.

No more queues at Sainsbury's 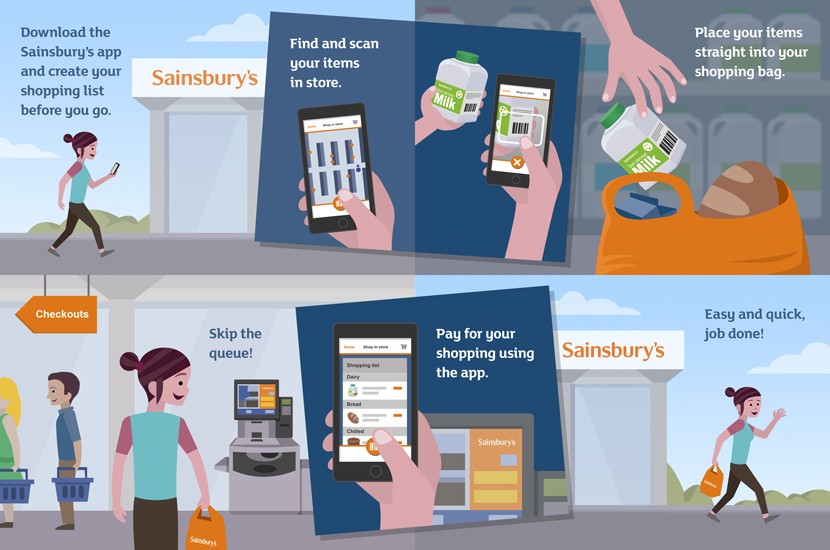 Sainsbury's has one-upped Tesco's in the technology stakes by creating a new system that allows shoppers to walk in, fill their bags and walk out without ever having to queue at the checkout or fork over any physical cash. It's based around a new app that lets customers can use before they arrive at the store to create a virtual basket or shopping list. The app then helps them locate those items once they arrive, scan them with their phones and pay for their groceries through the app. The design was led by the supermarket chain's in-house Digital Team and an unnamed external consultancy.

Sainsbury's is implementing a new system that allows shoppers to walk in, fill their bags and walk out without ever having to queue at the checkout 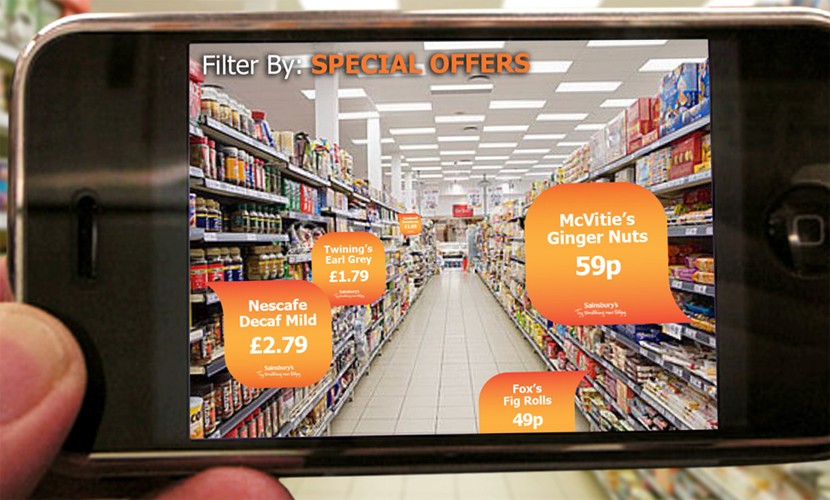 The app is currently being trialled with customers, and if successful, is expected to roll out to Nectar Card holders next year. Sainsbury’s digital and technology director John Rudoe, said: “We’re putting digital firmly at the forefront of our agenda, and putting technology in the hands of our customers.” About time someone did as much John! Of course, whilst the news is sure to mean little to those amongst us who still feel that self-service checkouts are a needless contrivance, I for one welcome the idea of a checkout-free supermarket. But then, I'm not exactly the world's biggest fan of the weekly “Big Shop.”

Benjamin Hiorns is a freelance writer, struggling musician and unashamed gadget fiend from Kidderminster in the UK.