Global tech giant Amazon launched 15 new products at its Amazon Hardware Event in Seattle last week. Perhaps the pick of the bunch was an Alexa-enabled microwave allowing users to command their cooking through voice activation.

The Amazon Basics Microwave doesn’t have Alexa built in but is controlled via a nearby Echo device. It also offers a Dash replenishment allowing popcorn to be ordered directly from the product. 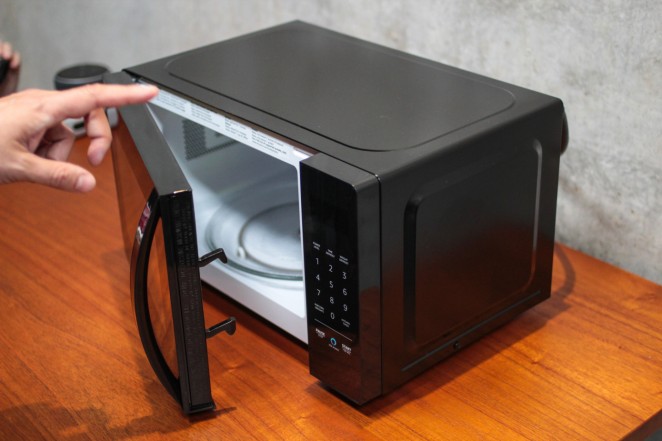 Amazon suggested that the microwave design hasn’t been updated since the 1970s and the new device will be available later this year for just US$60.

Other products launched at the event include a new Echo Dot, Echo Plus, Echo Show upgrade, a new in-car device called Echo Auto, a smart plug, security system Alex Guard and a wall clock among others. 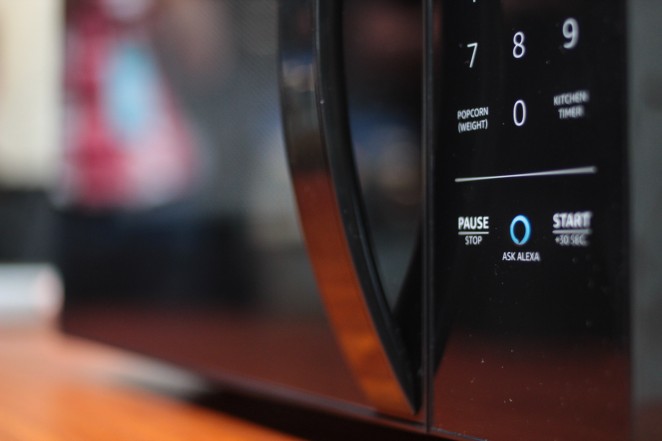 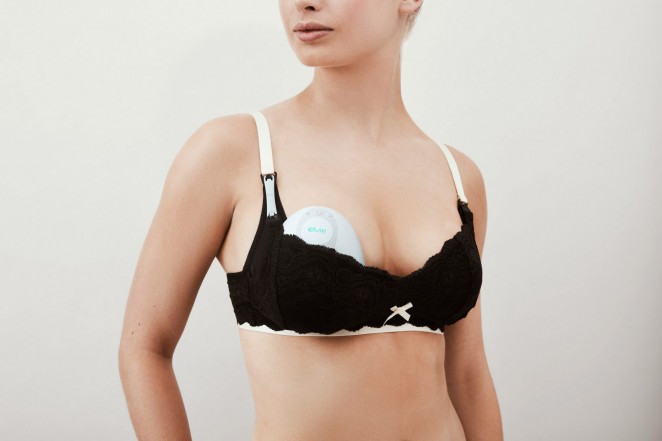 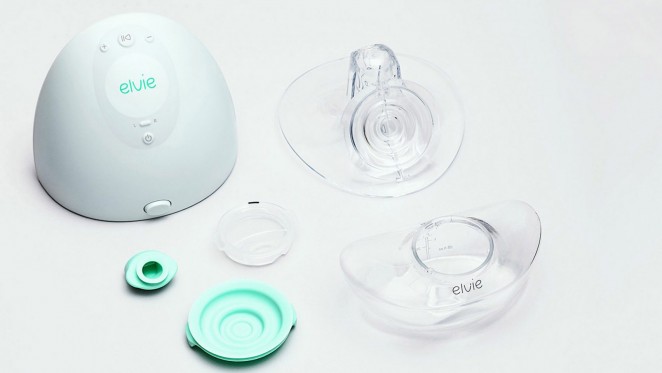 It can be connected to a free Elvie Pump app allowing access to smart features including remote control, live milk monitoring and viewable pumping session history. The technology eliminates noise for discrete pumping with the bottle holding 150 millilitres of liquid. Elvie launched the product alongside the promo below.

Car manufacturer Renault has unveiled a fleet of driverless urban delivery vehicles known as its EZ-PRO concept. The electric customisable robo-pods can travel independently or as part of a platoon led by a leader vehicle. 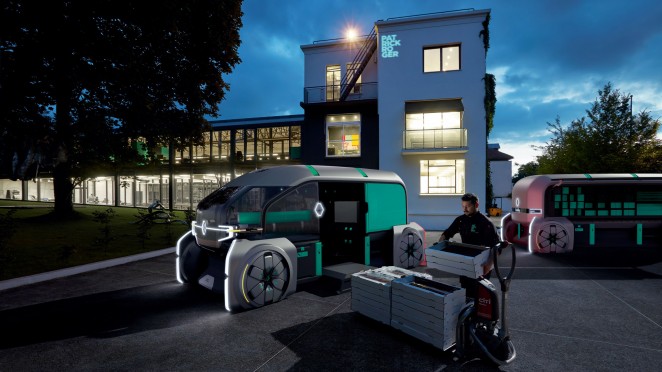 Both models have the ability to hold parcels, but the robo-pods can also double up as pop-up shops, food counters and other destinations for business. Each consists of a standard base and different units can be attached to the upper body. 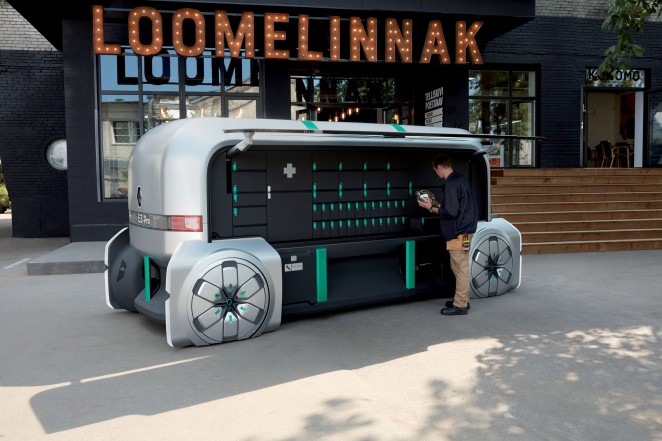 The leader pods have been designed for humans to supervise the process and Renault says the idea is to provide an efficient and customised service such as an in-person premium delivery of groceries or fragile objects. 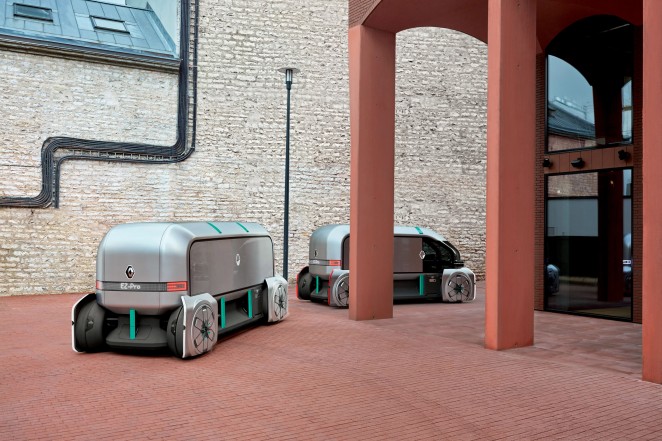 The brand’s EZ-PRO concept is aimed at providing “sustainable mobility for all, now and in the future” and is based on the idea that mobility will be electric, connected, autonomous and shared in years to come.

It would cater to both professionals and everyday consumers with users simply choosing the delivery time and location most convenient for them. It ultimately aims to reduce traffic and increase efficiency with multiple deliveries possible in one trip. Ez-Pro follows on from Renault's ride-sharing Ez-Go concept unveiled in March. Ez-Go aims to offer an alternative to public transport, functioning as both a car and an Uber-style taxi service. 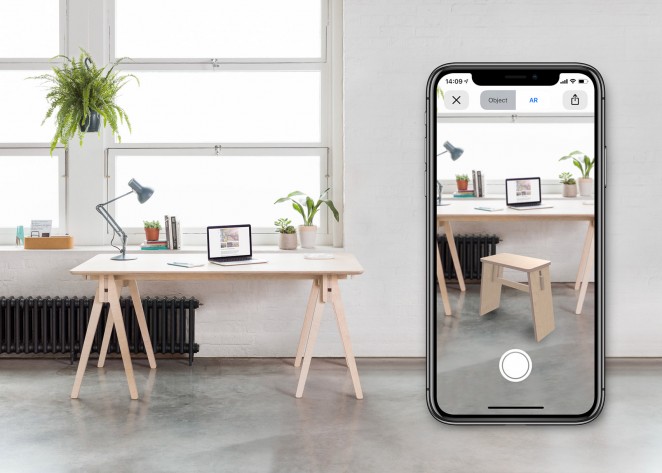 The viewing platform launched with the arrival of Apple’s iOS 12 operating system last week and is accessed through a native browser rather than an app. The AR technology superimposes a picture of the furniture in the room the user is currently in when their phone is held up. It can be handy for getting a feel for the size of a piece of furniture or for imagining how a colour would work in a room. The experience is particularly suited to the Opendesk brand as the company sells all its stock online with products being made on demand.

The designs available are also open-source, so users can alternatively download the digital fabrication files and make the products themselves.

The AR feature has only currently been made available for three of the brand’s popular designs; the Johann stool, Linnea bookshelf and Bundle desk. 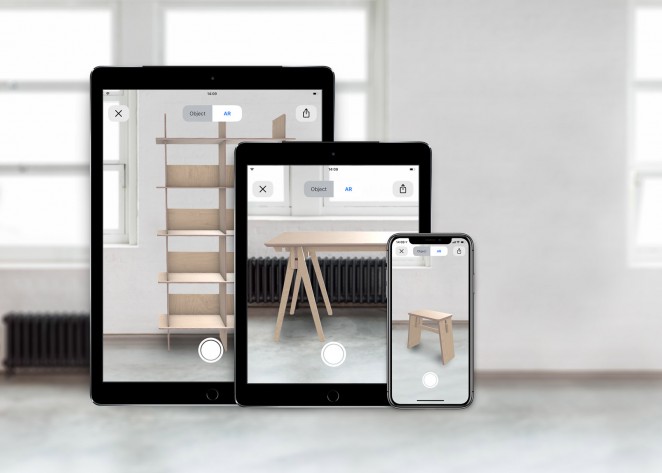 The system can walk, trot and pace while carrying out activities such as throwing litter in the bin and opening and closing a door.

Its three-pronged claw can extend, grip and turn objects and the footage also shows it holding a glass of water and helping a human to lift a box.