Speaking at The Hospital Club in London on tuesday (October 20) as part of the IAB UK Digital Upfronts, Hamish Nicklin, AOL’s UK managing director, said that AOL’s ambition is to become the most important media technology company in the world. Following its recent $4.4 billion acquisition by Verizon (and thanks also to its partnership with Microsoft’s advertising business) Nicklin explained how AOL can work with users to solve business problems at scale. What’s more, the media tech giant now reaches 39.5 million consumers a month across all devices (76% of the online population in the UK). He also referenced AOL’s announcement that it intends to acquire Millennial Media, which he feels will enable the business to expand its mobile muscle.

Hamish Nicklin, AOL’s UK managing director, said that AOL’s ambition is to become the most important media technology company in the world 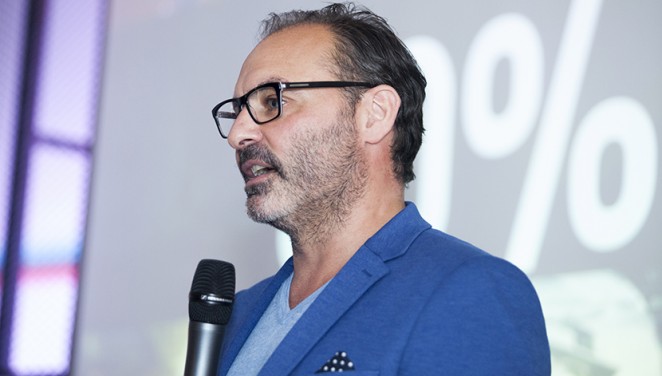 Thanks to the Verizon acquisition and the Microsoft partnership, AOL now has access to properties like Skype, Outlook, and Xbox, combined with its own premium publishers like Huffington Post and TechCrunch, but AOL's director of video for Europe Mark Melling also took time to showcase original AOL properties in the form of some new AOL Originals video series. Stephen Hull, Huffington Post UK’s editor-in-chief, was also present to underline the importance of social, mobile, and video, which he said represents a powerful way to connect. He also described the Huffington Post’s core philosophy, which is to focus on what’s working rather than obsessing over negative stories. By way of example, he said that many publishers chose to position the new 5p plastic bag charge in the UK as a “Bureaucratic nightmare,” whereas in reality plastic bag charges will fund hundreds of charity grants and projects around England.

The media tech giant now reaches 39.5 million consumers a month across all devices (76% of the online population in the UK)

Stuart Flint, AOL UK’s commercial director, closed out the event. He said that in a landscape of view-ability challenges, media fragmentation and ad blocking, it was important for those in the ad business to unlearn the media mindset of interruptive marketing. He said that “The market demands that we adapt,” pointing to the many opportunities now inherent within AOL thanks to its newly expanded portfolio. Pointing to Honda’s sponsorship of AOL Original “Citizen Mars,” Flint said that it was possible to “Dare to do things that others only dream of.” Ambitious words perhaps, but then ambition is what the upfronts are all about!

Nicklin also took to the stage in London last thursday (October 15) at the IAB Engage conference, also in London

Tuesday marked the second time Nicklin had taken to the stage in London in a week, after he spoke at the IAB Engage conference in London last thursday (October 15). He told attendees that advertisers misuse of audiences' personal data has led to an erosion of trust and belief in the value that brands and media owners provide. If such practice continues, he warned that it is likely to increase audience alienation and further spur the rise of ad blocking. However, he did note that all is not lost, and that consumers do see the value that brands can provide, he just feels that brands need to be more open and transparent for people see the benefit (of being served ads).