Bjarke Ingels Group has finally unveiled its designs for the world's first Hyperloop high-speed transportation system in Dubai. The design reveals a fleet of cubic pods, which will transport passengers to Hyperloop's main transport hub before being loaded into larger capsules that will travel through a network of elevated tubes to their destination at “Near supersonic speeds.” The sunken and circular station known as the “Portal” is shown situated at the foot of the iconic Burj Khalifa in the centre of Dubai. 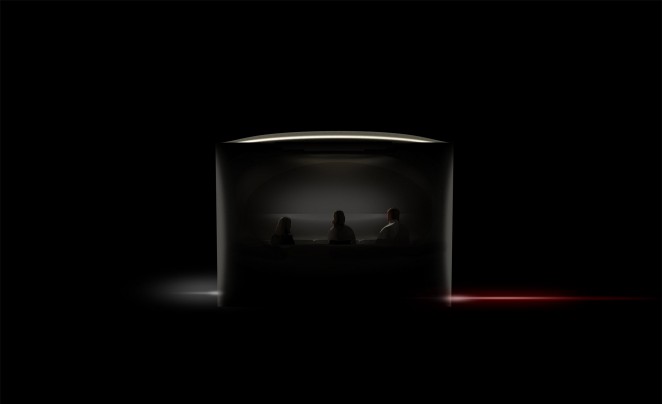 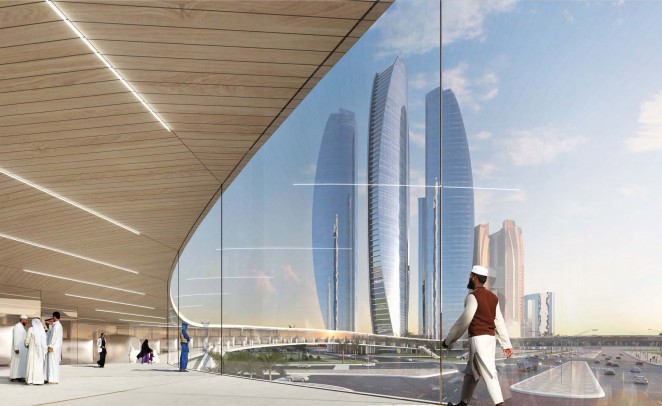 BIG designed the futuristic transportation system for Hyperloop One, a Los Angeles-based company racing to be the first to realise the Hyperloop concept first devised by entrepreneur and Tesla Founder, Elon Musk. BIG and Hyperloop One first revealed the designs in a teaser video that showed how the transportation system will link the United Arab Emirate cities of Dubai and Abu Dhabi in just 12 minutes. Now, the full video (below) lifts the veil on BIG's full design for the system, which is intended to integrate with the cities' existing transport infrastructure.

Inside the portal, waiting halls are eliminated as frequent arrival and departures times provide passengers with on-demand travel. Numbered departure gates are arranged in tiers around the edge of the circular plan of the portal. Here, pods with room for six people are loaded onto a transporter (a pressurised vessel attached to a chassis for levitation and propulsion) that can travel at speeds of 1,100 kilometres per hour. Once the pods have arrived at their destination they “Hyperjump” into another portal before travelling onto the road to drop passengers off at their final destination.

The pods operate autonomously from the transporter, which means they are not limited to the portal area and can move on regular roads and pick up passengers at any point. A range of different pods are designed to offer passengers different seating arrangements, tailored for group, solo or business travel. Hyperloop One has just signed a deal with the Dubai Roads and Transport Authority to conduct research into how the high-speed route might work. Hyperloop One's plans would connect Dubai with the UAE capital Abu Dhabi in 12 minutes, Riyadh in 48 minutes, Doha in 23 minutes and Muscat in 27 minutes. 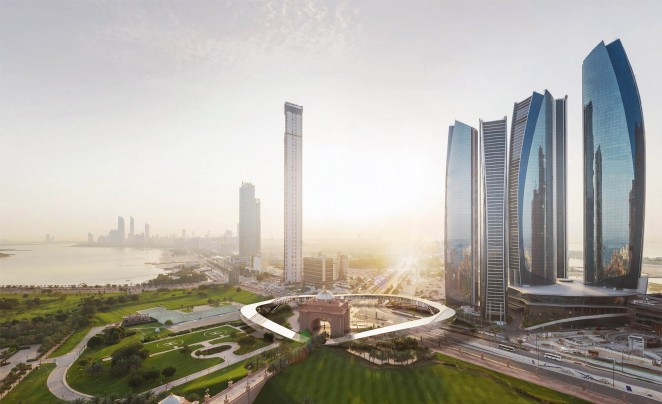 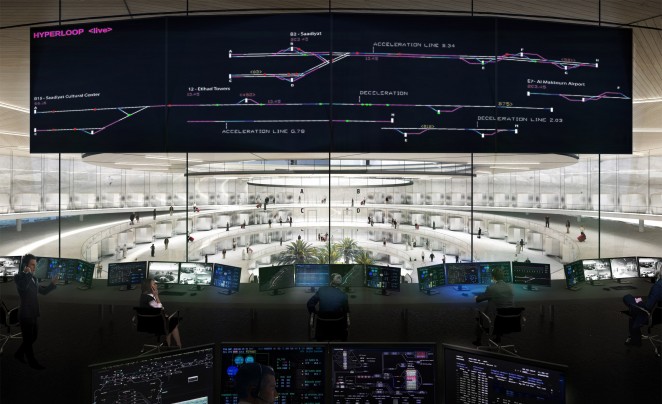 BIG Founder, Bjarke Ingels, said: “With Hyperloop One we have given form to a mobility ecosystem of pods and portals, where the waiting hall has vanished along with waiting itself. Hyperloop One combines collective commuting with individual freedom at near supersonic speed. We are heading for a future where our mental map of the city is completely reconfigured, as our habitual understanding of distance and proximity (time and space) is warped by this virgin form of travel.” Josh Giegel, the Head of Engineering at Hyperloop One, added: “Together with BIG, we have worked on a seamless experience that starts the moment you think about being somewhere, not going somewhere. We don’t sell cars, boats, trains, or planes. We sell time.”

Hyperloop is the original vision of entrepreneur Elon Musk, the Founder of Tesla Motors, PayPal and space exploration company SpaceX. Musk, who first unveiled the concept for Hyperloop in 2013, later open-sourced the technology and is no longer directly involved in its development. Hyperloop One is just one of a number of companies racing to create the first Hyperloop. It tested its propulsion technology for Hyperloop near Las Vegas earlier this year, where it achieved speeds of 187 kilometres per hour in 1.1 seconds. Rival company Hyperloop Transportation Technologies is currently building a test track in California and is currently in discussions for a Hyperloop linking the European cities of Bratislava, Vienna and Budapest. 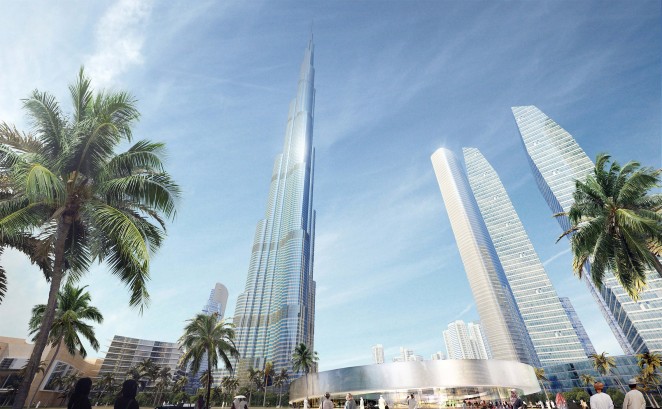 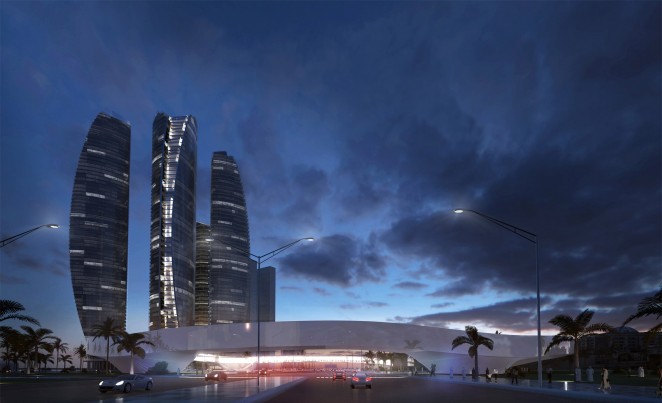