What is Facebook Marketplace and should you be using it?

Anyone who has been watching AMC's “Halt and Catch Fire,” which takes place during the computer boom of the mid 1980s (and if you haven't you really should be) will have noticed that online retail transactions between users are actually almost as old as the Internet itself. It wasn't until eBay came along in mid 90s that the concept became mainstream, however, and ever since there have been a cornucopia of pretenders to the throne, neither of which have managed to make much if a dent in the great online auction houses monopoly. In theory, Facebook Marketplace could be the service to topple it. 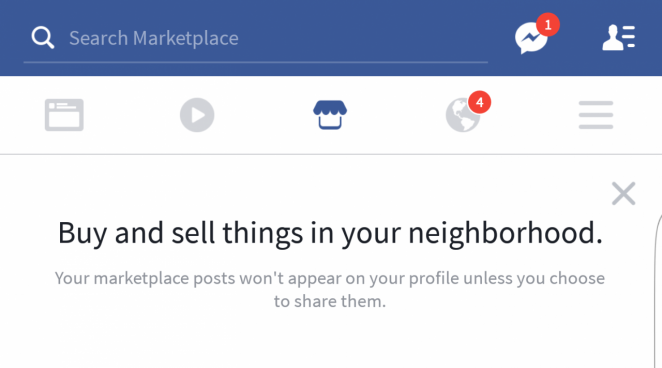 Facebook Marketplace was officially launched just over a week ago, and is slowly being rolled out to users across the world as we speak, and despite the fact that Facebook has already tried their hand at this game before, and failed spectacularly (back in 2007), there is evidence to suggest it could very well claim eBays throne as the de facto destination for selling your unwanted wares and/or picking up a second-hand bargain. Consider, for a moment, just how popular Facebook is. There's a chance that at least 80% of the people you know use it, or at least have a profile. If even a minute fraction of those users decided to stop using eBay and start using Facebook Marketplace, the thing would be a runaway success. So why is nobody really talking about it? And, more importantly, what actually is it? At least in comparison to services like eBay and Gumtree? 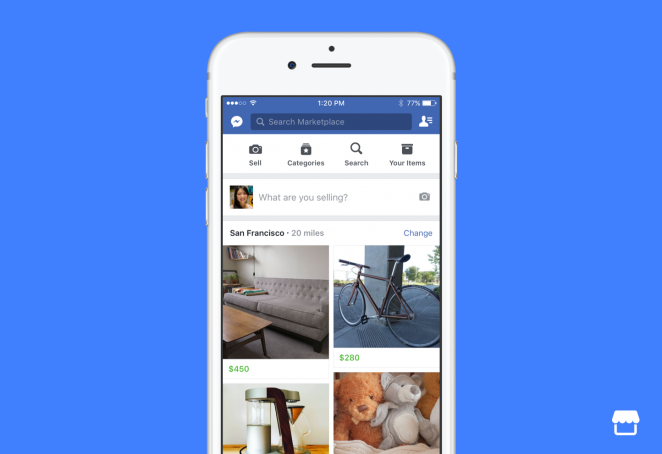 At a base level, Facebook Marketplace works in a similar manner to apps such as Gumtree and Shpock. Anyone over the age of 18 can post pictures of their items and browse item others are selling based on how far away they are. The sellers set the price, but buyers are able to make counter offers. The search results can be filtered by product category and the proximity of the items (anywhere from two to 100 miles away). iPhone users will find the Marketplace icon inside the Facebook app, at the bottom of their screen between the Groups and Notifications icons, whilst those on Android phones will find the icon near the top of the app, with Messenger on the right-hand side of the search bar. Thus far I've been able to spend a solid hour with the service and it's actually rather intuitive. Though many have reported inconsistencies. If you have your own experiences to share I'll welcome them in the comments.

Why Should I Use It?

The service only really has one ace up its sleeve, but it's a big one; its integration with the existing Facebook service, and with more than a billion monthly active users, Facebook is a pretty inviting place to offload unwanted goods. In fact, lots of people (over 450 million apparently) have already been using the social media network's Groups function to create mini marketplaces for years, so if anything, Marketplace is surely an extension of this already semi-successful feature? What's more, both the selling buying experiences appear to be quite seamless. Search parameters are simple to narrow down and the means for contacting sellers through Messenger is pretty intuitive. As a test, I also tried creating a listing, which took less than a minute! It's also worth nothing that, unlike on eBay and Amazon Marketplace, Facebook Marketplace charges no listing fees or taxes.

Why Should I NOT Use It?

Whilst listing an item is free, Facebook Marketplace also doesn’t offer the protection afforded by eBay or Amazon if a product is defective or is some way different than described in the listing. It also doesn’t have a feedback system that allows buyers and sellers to rate their transactions, but users can report suspicious or illegal activity to Facebook directly.

Why Are My Mates Not Talking About It?

Basically because they are still working out the kinks and haven't begun the major marketing push yet. When the service first went live last week all manner of dodgy items (booze, fags, you name it) were spotted online and taken down accordingly, but now the team appear to have figured out how to limit sellers when it comes to selling anything illegal. Plus, the fact that Facebook Marketplace is linked to the personal profile of each user should cut down dramatically on fake users and shady dealers. So it's no Craigslist, but then, that never really took off in the UK anyway. 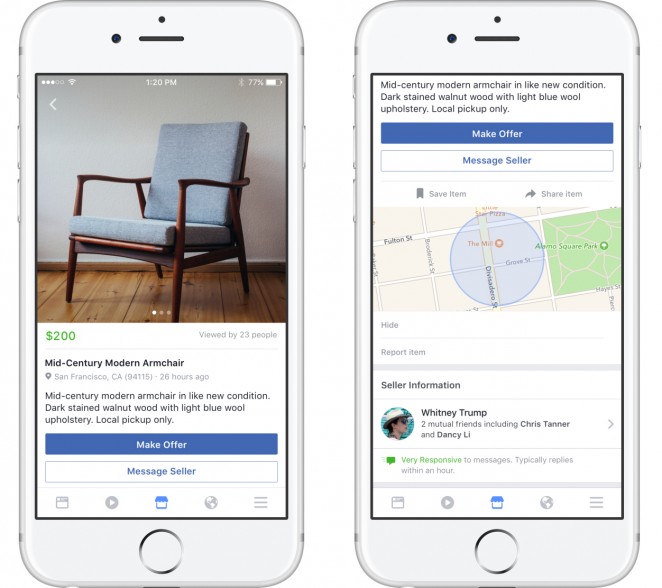 So. Should you dive into Facebook Marketplace if you can? I'd say give it a few weeks and see how it develops before jumping ship from eBay or Etsy just yet, especially if you rely on said services as part of your job. Honestly though, with the strength of the Facebook brand and the user friendliness of it all, I certainly wouldn't bet against it taking pole position in the long run! Watch this space.