The London-based creative agency Gravity Road announced yesterday that it had made two new senior appointments in the form of Joanna Osborn and Samirah Ravin. Osborn will serve as the Head of Creative Service and Ravin as Financial and Commercial Director. It's hoped that these new hires will help drive the continuing success and growth of the agency's business, which has (in its relatively short life) won Cannes Lions awards and created content for chocolate kingpins Cadbury (in the form of an advert featuring comedy star James Corden) and supermarket chain Sainsbury's, amongst others.

Osborn, who will head up the agencies creative operations, arrives from Bartle Bogle Hegarty London, where she served as Content Business Manager. Her most recent work involved helping launch a revolutionary showroom concept for Audi and working with legendary Beatle, Paul McCartney, who she managed to convince to feature in the first instalment of the Bang & Oulfsen 'Living Room Tour'. During her 15 year career in advertising, she has worked on high profile projects for everyone from Vodaphone and Barclays to Unilever and Johnnie Walker Global, and whilst at BBH, she not only worked closely with the brands on each campaign, but also oversaw the business of the entire creative department. It's hoped she'll fill a similar role at Gravity Road, where she'll also be integrating creative, production and client teams, as well as working with external partners. 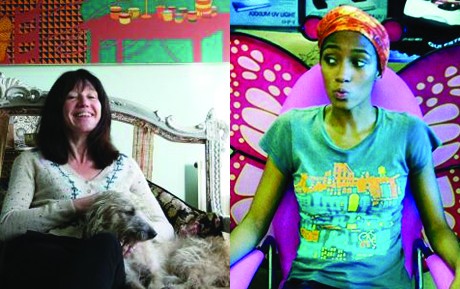 Ravin meanwhile, will assume control of the agency's financial and commercial operations for client campaigns and the agency's own intellectual properties and platforms. This is a field in which she has had extensive experience over the last 8 years, as a qualified accountant for AMVBBDO (where she started her career), BMB (then known as Beattie McGuinness Bungay) and travel PR company PRCo, where she recently worked as Finance Director and helped not only drive the direction of the company, but also grow new departments within the business.

“Gravity Road are leading the way in new ways of behaviour in the agency world,” Gravity Road co-founders Mark Eaves and Mark Boyd

Gravity Road co-founders Mark Eaves and Mark Boyd hired Joanna and Samirah because they believe they are both exceptionally talented individuals, and that they believe their combined experience will help the agency in continuing to build a “Portfolio of top brand clients and develop current relationships.” They says that Gravity Road are “Leading the way in new ways of behaviour in the agency world,” and that “The arrival and Joanna and Samirah will help to further build this ethos.” Both Joanna and Samirah have expressed their delight in joining an agency which is (in Joanna's words) “Very ambitious and motivated, with some fantastic projects and talent.” She believes the new role gives her the challenge she was looking for; “To drive and facilitate both entrepreneurialism and ambition to further build the business' growing success.” Samirah adds that she “Instantly realised Gravity Road was one of the UK’s leading agencies” after seeing the films they created for the Bombay Sapphire Imagination Series. She says she was “Really impressed with the achievement of the business in such a short period of time” and that she's looking forward to applying her commercial perspective to the agency so they can “Further grow the company together.”

Benjamin Hiorns is a freelance writer based in the midlands whose favourite track in Mario Kart was always Gravity Road... or was that Rainbow Road?