FCB Chicago announced on Wednesday that they have been officially chosen as the new advertising agency of record for Choose Chicago, the windy city's convention and tourism bureau, besting other finalists Magnani Continuum Marketing and Leo Burnett and a highly competitive eight-week review. The tourism group's media planning business, meanwhile, was won by Starcom USA. Starcom is a part of the Paris-based holding company 'Publicis', which also owns Leo Burnett, so the Starcom win could be seen as something of a consolation prize. The work will involve an annual budget of between $3 million and $4 million, with the goal of raising the city's profile as a potential tourist destination. FCB (formerly DraftFCB) replaces Downtown Partners Chicago, who had worked with Choose Chicago for many years. DPC (whose co-founder, Jim Schmidt) died suddenly last December) didn't choose to participate in the review.

The work will involve an annual budget of between $3 million and $4 million, with the goal of raising the city's profile as a potential tourist destination

The contract has been valued at $1 million, which is very little compared to other major consumer brands, however the kudos that comes with representing their hometown was undoubtedly what the firm (who have struggled in recent years) had in their sights when pitching for the account. The contract will see FCB take over, develop and execute ad campaigns for the tourism board, alongside Starcom, an agency for whom the win held particular significance considering (according to president Ken Taylor) the agency was “Built and grown in Chicago”. Michael Fassnacht, the CEO and president of FCB Chicago, issued a statement underlining what a “Humbling opportunity” they had been given, to “make a true impact on Chicago,” and to share the stories that make their shared city so great. 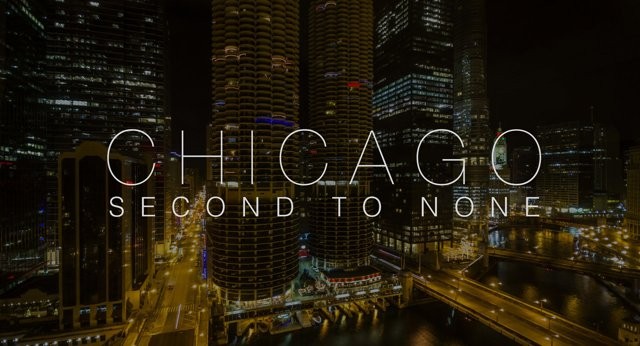 Don Welsh, Choose Chicago's CEO said that the “Response from Chicago's advertising community was incredible”, that “The energy and passion exhibited during the search” paid testimony to the pride “Engrained throughout the entire industry.” He believes that the review process was both “Fair and transparent,” and says they selected the teams which he believed could “Creatively express the assets of Chicago in the most compelling and creative manner.” The review began back in February with R3:JLB, the Chicago-based consultancy, whittling down over a dozen agencies to the final three, from whom FCB emerged victorious.

“The energy and passion exhibited during the search paid testimony to the pride engrained throughout the entire industry.” Don Welsh, CEO of Choose Chicago

Shana Lee, chief marketing officer at Chose Chicago, says that the agency will be launching a “Rebranding of Chicago on a global scale,” replacing the current “Second to None” slogan. The primary goal of the rebranding is to attract more foreign visitors, with Mayor Rahm Emanuel mandating a boost in annual visitors to 55 million by 2020. Considering the city drew 46.2 million visitors in 2012, this figure doesn't seem too unrealistic. Both agencies will start work on the in the Autumn , and will be tasked with “Significantly increasing leisure and business travel” to the city.

Benjamin Hiorns is a freelance writer and musician from the UK who has never been to Chicago. He is a massive fan of the Goose Island IPA though!