The President Trump Inauguration: Laughing Through the Tears

With Donald J. Trump set to claim the mantle of “World's Most Powerful Man” this afternoon, I thought it was about time to start laughing through the tears. So, instead of pontificating on the dark days ahead when the real estate tycoon, reality TV star (and possible Russian stooge) takes office, I'm focusing on the positives, because there are positives. I'm referring, of course, to the comedy, because if you can count on one thing when it comes to creative individuals, it's that, when something monumentally horrible like this happens, they will always find a way to take the piss out of it.

Swear Him In. Literally

For millions of Americans, the thought of Trump inauguration day evokes feelings of denial, dread, and red-hot anger, so a team of creatives and developers have created an initiative that aims to use Inauguration Day as a time for action. Swear Him In turns swear words into donations towards organisations that are threatened by the incoming administration. Every “fuck” is $1 pledged to The Center for Reproductive Rights, every “shit” goes to Greenpeace, and every “damn” to the ACLU. On January 20th, everyone who’s pledged to literally give a “fuck,” “shit,” or “damn” will flood those organisations with donations, turning their swear words into action. Those who give a damn are encouraged to go to swearhimin.com to make their pledges in advance of the inauguration. Other alternatives for those who need outlets for their anger include The UnNaugural Concert, the Change.org Concert for America broadcast on Facebook Live, and the Women’s March and Sister Marches (in many US cities) on January 21st.

“To be able to do something helpful on Inauguration Day is empowering and a little cathartic. We hope this will give people the chance to let off some steam in a positive way”

Whether it's controversial tweets or creepy japes about dating his daughter, Donald Trump never keeps the media short of juicy soundbites. Collecting these abhorrent asides in one convenient place is What Trump Said, a “Trumpism” generator that should provide the perfect antidote to the pomp and phoney pandering of the inauguration. 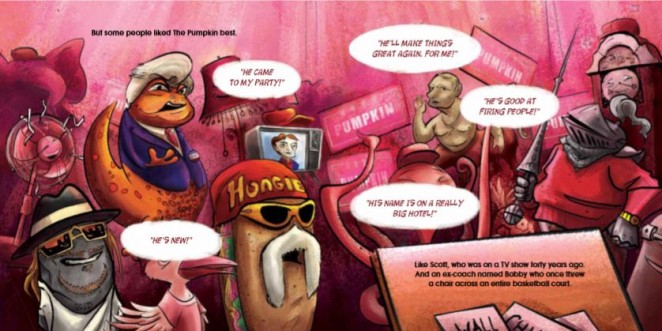 the STUDIO has partnered with barrettSF to branch into the book business with “The Pumpkin and the Pantsuit,” a children’s storybook that tells a cautionary tale of two big personalities who run against each other for the highest public office in the land. The book is available from Amazon and independent booksellers, just in time for the inauguration. the STUDIO’s vivid illustrations include caricatures of the 2016 presidential candidates and some of their most ardent celebrity supporters. Trump is (of course) portrayed as a boisterous and bullying pumpkin. Hillary Clinton, meanwhile is represented by an anthropomorphic powder-blue pantsuit. The Pantsuit embodies Michelle Obama’s mantra “When they go low, we go high,” the battle cry for the final days of the election. A true story and cautionary tale of the different ways that the two big personalities go about competing for the same prize. Spoiler Alert: The bullying Pumpkin wins! the STUDIO and barrettSF are donating all proceeds to the Children’s Defence Fund.

“The goal of this book is to teach kids (and remind the rest of us) that losing is only losing if you give up” Todd Eisner, Co-author and Creative Director at barrettSF

I'm honestly not sure how to take this one (is it genuine is it satire or is it just a push for column inches?), but it's certainly bizarre enough to warrant a mention. To supposedly wish him good luck with the inauguration, the Boulder-based 37.5 Technology brand has sent Trump a personalised comforter and sheets that it says have been “scientifically proven to keep you in the comfort zone longer than traditional bedding.” While the bedroom-themed gimmick seems particularly bizarre in light of the “golden showers” debacle, it could give the company some visibility if Trump actually acknowledges the gift. The brand has already started tweeting at Trump’s Twitter account to alert him of the package. The stunt was dreamed up by Work In Progress, an agency that was founded last year by a group of CP+B veterans. 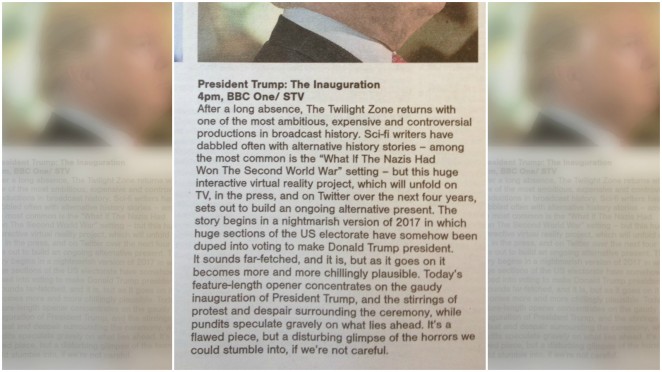 This now legendary Scottish Herald listing literally speaks for itself. 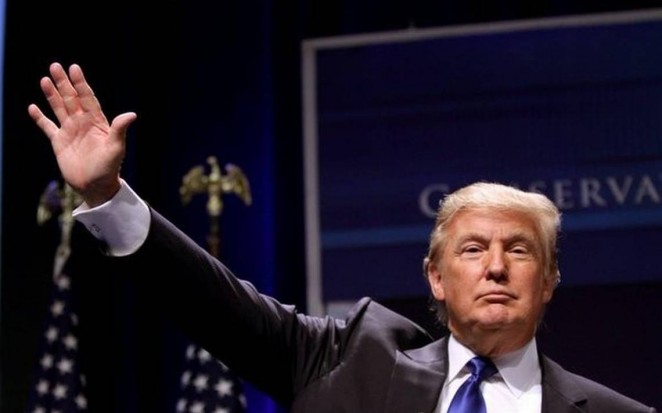 If that's not enough, Creativepool have been discussing the great orange goblin for over a year now, and have amassed quite a collection of interesting (sometimes hilarious, sometimes frightening) stories, which you'll find below. If there are any you feel we might have missed, please feel free to include them in the comments. Because are we not all in this together after all?

Donald Trump vs Architects of America on Climate Change

Creative Discussions: What does the Donald Trump presidency mean for the creative industries?

Is Shit for Trump great satire or is it just shit?

Creative Discussions: The verdict on Trump from Droga5, Cheil & more

Benjamin Hiorns is a freelance writer, struggling musician and “Snowflake Libtard” from Kidderminster in the UK.