UK rock stars and former indie darlings Biffy Clyro have created the UK’s first immersive music video using virtual reality technology to allow viewers into the midst of the action, thanks to tech giant Samsung. The VR video for their new track “Flammable,” allows fans to be at the heart of an action packed, epic performance. All set to take place within a giant experiential structure, the specially-created “Hypercube,” which will be touring festivals this summer. Visiting Boardmasters (August 10 - 14), Glasgow Summer Sessions (August 26 - 27) and Bestival (September 8 - 11), the three and a half storey high Samsung Hypercube studio allows festival goers to feel so incredibly close, they will probably expect to feel the sweat flying off the trio as they step inside a moment of music history. 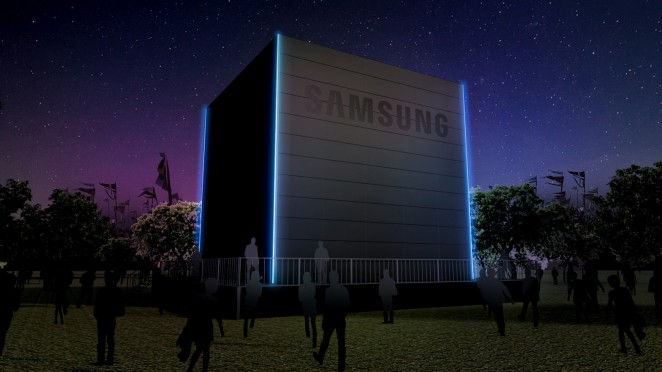 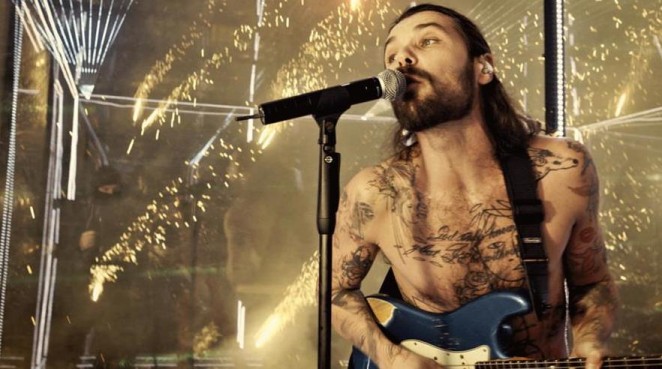 Samsung used the latest in VR technology, 360-degree cameras and the Galaxy S7 smartphone to create the ultimate audio-visual VR experience. It is a music video concept which has never been seen before in the UK. Once inside the Hypercube, up to 50 festival goers at a time can use the Samsung Gear VR headset and instantly find themselves beside frontman/guitarist Simon Neil and his bandmates, brothers James (bass) and Ben (drums) Johnston, suspended in a Perspex box above an abandoned warehouse. As the band begins to play, viewers can experience the explosive buzz as the pyrotechnics and the laser lighting erupt around them and mercilessly target the box from all directions, complementing the rousing riffs and weighty lyrics of the song to get hearts racing and give users the ultimate all round experience.

“We knew Ross was the right person to capture us live and we’ve always wanted to get involved in VR so we’re really pleased to Samsung have given us this opportunity” Simon Neil, Biffy Clyro frontman

Ross Cairns, Creative Director at Samsung, who spearheaded the ambitious project, said: “This project was born out of a desire to bring the best parts of live music to an audience so people can feel closer to the band than ever before. Biffy were the perfect partners for this. From inception we focused on marrying music and technology to appear effortlessly synchronised. We’re delighted to bring the wonders of virtual reality to a generation of music fans in this way and demonstrate how we are empowering people to use technology in a way that allow them to experience the extraordinary. As a brand, we will continue to push the boundaries of what’s possible, merging virtual reality with the real world.”

Bob Workman, SVP Brand Partnerships at Warner Music UK, added: “We’re really excited to bring together Samsung, who are leaders in technology and innovation, with Biffy Clyro who are one of the most exciting and dynamic bands from the UK. Together they’ve created a stunning, immersive and memorable experience that’s sure to delight fans.” 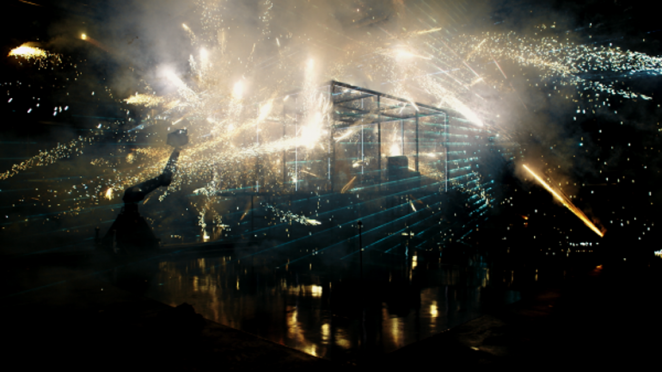 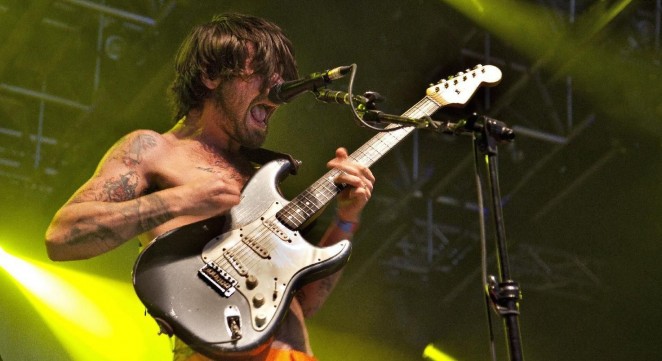 The Samsung Hypercube experience not only gives users an unprecedented first-hand experience of VR, but also gives them an exclusive look at Biffy Clyro’s new video, which is not due to launch publicly until later in the year. Whether or not the video itself will be given the same VR treatment is yet to be disclosed, though we doubt very much you'd get the same kind of experience from a Google Cardboard headset as you would from the dramatically named (and rather spectacular looking) Hypercube. So, if you happen to be hitting one of the afore-mentioned festivals this year, we think you'd be daft to not check it out, even if it requires a spot of good old fashioned queuing.

Benjamin Hiorns is a freelance writer and struggling musician from Kidderminster in the UK. His favourite Biffy Clyro album is Infinity Land.