How #CatsNotAds turned into a global story overnight

London commuters will have had a pleasant surprise yesterday if they happened to pass through Clapham Common tube station, as the usual barrage of advertisements had been replaced by some cuddly kitties by an inspirations group of cat lovers. The Citizen Advertising Takeover Services (a little on the nose, but I'll let it slide) used a crowd-funding campaign to raise the necessary cash to have the popular and often congested station overrun with adorable pictures of cats. A welcome change from the usual movie posters, perfume spots and boozy billboards. There are, as I write, more than 60 ads currently being displayed in the 'Catham Common' station (sorry) selling nothing more than cuddles and smiles. There is a slightly more serious message behind the campaign though, as the group decided to only use pictures of cats from the Battersea Dogs and Cats Home and Cats Protection, which are currently in need of loving homes. 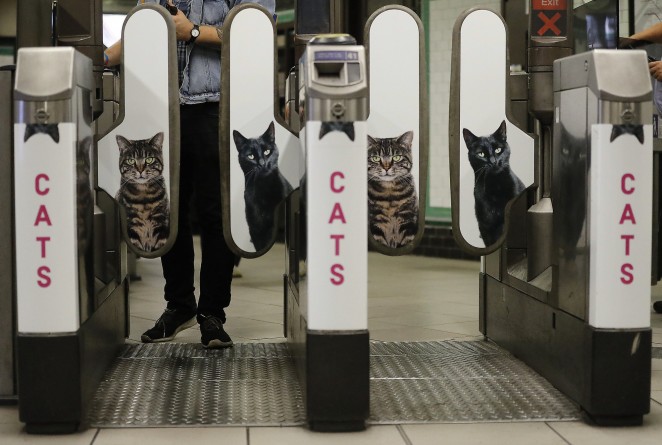 The project was organised by James Turner, the Founder of the Glimpse Collective, who said: “This is the first project from Glimpse, which is a new collective that wants to use creativity to do good. We try to imagine a world in which people are in charge of things that they see on the way to work and from that came the idea of CATS. It’s a crowd funded campaign to replace 68 adverts in Clapham with pictures of cats and we hope that people will just come down, enjoy it, experience the station but more importantly think about how things that seem fixed and hard to change can be changed if people work together. This isn’t a clever marketing stunt for a pet food brand, or a guerrilla campaign for a new TV series. We want to inspire people to think differently about the world and realise they have the power to change it.” The head of catteries at Battersea, Lindsey Quinlan, added: “We’re thrilled that Battersea cats are among the stars of these posters. We care for over 3,000 rescue cats a year, so hopefully this campaign will encourage lots more people to visit our centres and consider rehoming our fantastic felines.”

The seeds for the campaign were sewn earlier this year, when Glimpse ran a Kickstarter campaign with the rallying cry #catsnotads. Almost 700 people donated a total of £23,000 to the cause, and this week the world saw the fruits of their labours. Some cat owners also sent in £100 each to have their own pets featured as part of the activation/exhibition. Dog people need not despair either, as the group are already planning its next advertising takeover and are inviting people to submit doggy ideas. It remains to be seen if Turner will be renaming the service to DOGS once this second activation goes ahead (add your own acronym here). 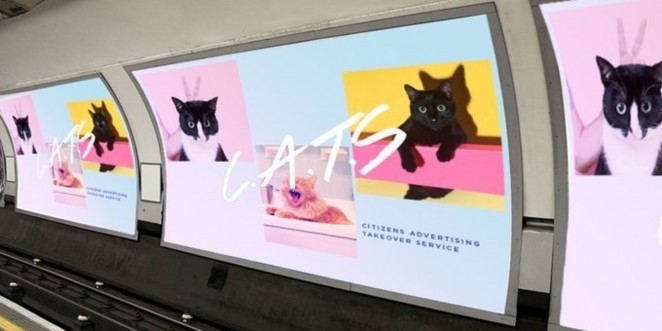 Whether you're a dog or a cat person, anyone with a pulse will no doubt be able to tell how effective such an innovative campaign can be. The activation has been trending wildly on social media over the last 24 hours, and whilst that could largely be down to the fact that the internet loves cats like fat kids love cake, I'm also pretty confident that it could be at least partly down to the sheer ambition of taking over an entire tube station. Granted it wouldn't have quite the same impact if, for example, McDonald's took over the tube by replacing all of the ads with pictures of burgers, milkshakes and nuggets, but #catsnotads speaks not to the big brands, but to the underdogs. Or should I say, undercats? Again. Sorry. 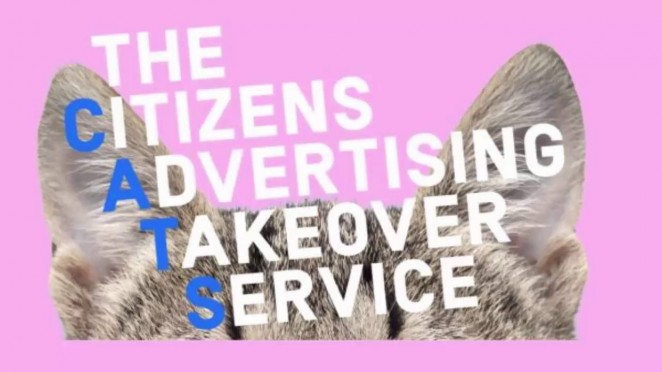 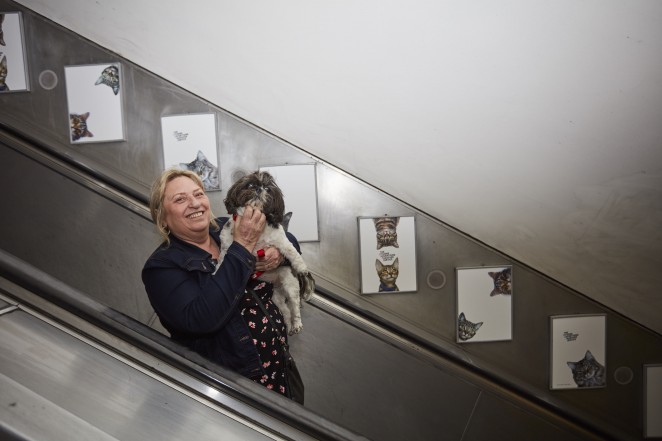 Benjamin Hiorns is a freelance writer, struggling musician and versatile cat/dog person from the dark heart of Kidderminster in the UK.

Hi Benjamin! Thanks for the post. I'm James and I'm the founder of Glimpse.

I think your headline slightly misrepresents what this project was about. We didn't raise the money for Battersea, we raised it to buy the ad space and replace them with pictures of cats. In fact we worked really hard to make sure that the cat charities were in the background, which is why none of the posters contain any branding or logos. This project was about taking back public space with something that people might to choose to see, to help them think a bit differently about public spaces.

It could have been bananas or dolphins really. The point isn't about cats, or even ads. It's about using the power of creativity to spread positivity, and giving people a 'glimpse' of something different.