A gag about a facekini steals the show in the new trailer to promote the arrival of RuPaul’s Drag Race UK on BBC3 next week.

The minute-long clip sees the cast of the reality show appear in an old American sitcom-style living room before RuPaul appears in a picture on the wall and I Feel Love by Donna Summers plays out.

The work was created by BBC Marketing and BBC Creative to pay tribute to the arrival of the reality series in the UK, which has become a cultural hit in the US and beyond.

BBC Creative started building excitement for the series recently by recreating RuPaul’s famously long legs and sashaying them through the Manchester Pride parade. 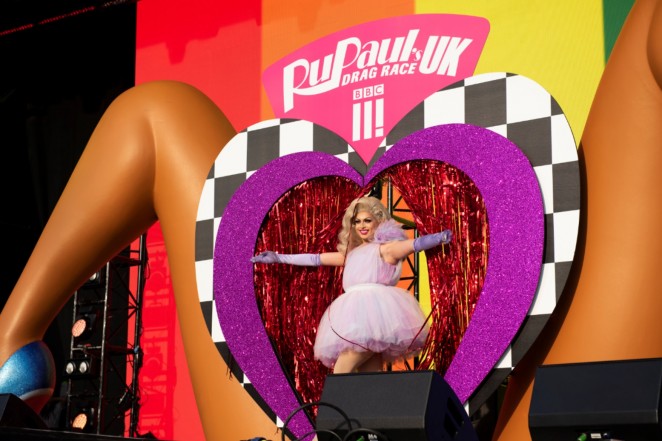 They were then centre of attention at the big ‘Ru-veal’ of the Queens themselves, where each one was announced to armies of fans at the event by emerging from inbetween Mama Ru’s legs.

“Our launch trail depicts our Queens as one big family, each of them jostling to catch RuPaul’s eye and emerge victorious to be crowned the UK’s first drag superstar,” said Susan Ayton, creative director at BBC Creative. “The campaign doesn’t beat around the bush, shouting loud and proud that this televisual event is happening only on BBC iPlayer.”

“We are thrilled to welcome Ru Paul’s Drag Race UK to BBC3,” added Nicola Carr, portfolio head of marketing for BBC2, BBC3 and BBC4. “The show is the perfect brand fit and this campaign is a great way of connecting with young audiences in a way that’s fun and fabulous!”

Pennywise the clown makes a long-awaited return today as IT Chapter Two is released in cinemas, but excitement is spreading beyond the big screen to the pavements of London. ESI Media’s Evening Standard has partnered with Warner Brothers and...