Ever since Sadiq Khan was elected as the Mayor of London last year, he's appeared, to me at least, to be the one progressive spark in an otherwise almost oppressively right-wing and regressive current regime. He's not perfect, but he's certainly a step up from Boris Johnson, and above all else, he seems to genuinely feel as passionately for the future of London as for its present. To that end, the mayor recently launched a search for the city’s first Chief Digital Officer, a role with a £106,952 annual salary and a remit to make the capital the “world’s leading smart city,” a bold move given how far behind London is technologically when compared to other global cities such as Tokyo, Seoul and San Fransisco, but it's an ambitious plan at least, and one that will at very least hopefully make the tech world at large sit up and take notice of us.

“London is a world-leading hub for digital technology, data science and urban innovation”

In an official job description posted this week, the mayor’s office outlined a role that would “encourage collaboration and adoption of common standards around data and service transformation” by working with Greater London Authority officials, the Smart London Board, the Mayor's Office, London's 33 local authorities, and the tech sector itself. Khan is looking for a “powerful advocate for technology” with good communication and diplomatic skills, who will predict the impact of new, disruptive and transformative technologies and make sure that stakeholders respond to these technologies quickly, while supporting the mayor’s digital inclusion and cyber-security policies.

The hiring board are seeking a senior candidate from either the government or the tech world, who must have “the communication and diplomatic skills to convene and influence a wide range of external stakeholders.” Personally, I think they would be better off putting the lion's share of their resources in the tech world, given the notorious bubbles that many governmental employees tend to live under. Underpinning the hunt is Khan’s dedication to building a world-leading smart city by putting digital innovation at its heart. He explained: “I want to take the digital transformation of our public services to the next level, so we can improve the ways in which we plan and deliver public services for Londoners.”

The mayor continues to push the city’s digital agenda and potential with annual events such as London Technology Week (shortened for 2017 to London Tech Week) and a new scheme to get more Londoners into digital and creative careers. While not a parliamentary appointment, the hire slots into the government’s digital strategy to raise the UK’s game on the tech world stage. Figures from Oxford Economics show that London is currently home to more than 40,000 digital tech firms, which collectively employ roughly 250,000 people. More than a third of these businesses have been set up in the last five years and it is forecast that a further 12,500 will have been created by 2025. So maybe London genuinely has a chance to step up its global tech game and be crowned the “smartest city in the world?” Only time will tell. The closing date for the role is 23 May so make sure you have your CV polished!

“I am delighted to begin my search for a CDO, so we can make London an even smarter smart city and use our incredible technological abilities to the best effect”

Ten years ago the job of Chief Digital Officer simply didn’t exist. Even as late as 2013, there were only 500 CDOs across the globe. The ‘digital’ aspect of organisations was also something that was split across multiple people. However, with the world increasingly adopting a ‘connected’ lifestyle, with little downtime from their digital devices, the role is now essential, not only for companies but also for government and regional authorities. The Mayor is right to highlight that transforming the capital into a ‘smart city’ is a critical need in the coming years. London’s incoming CDO will be tasked with radically transforming how the city does business and the role will be focused on helping to pioneer new technology sectors, encouraging collaboration and adopting common standards around data and service transformation. To really achieve a ‘smart city’ status with the aim of growing and building London’s reputation as the city that the world looks to for leadership in urban innovation, the Mayor needs to encourage a digital first mindset. That means agile ways of thinking, future-proofing public spending on new projects - with digital infrastructure planned in - and also encouraging and launching initiatives for all businesses and organisations within London to embrace digital. The single most important factor for the success of this role will be the CDO’s ability to be flexible. With the uncertainty of Brexit far from over and an environment of ever changing technology, London’s CDO must be able to adapt to rapidly changing circumstances while putting London’s best interests first. The next ten years will see a rapid digitalisation and automation of many key services; with public expectation around the services they receive increasingly built around digital infrastructure. It's a big challenge to change London, but one that needs to happen now.

Jon Davie, CEO of Zone and Chair of the London Council for BIMA 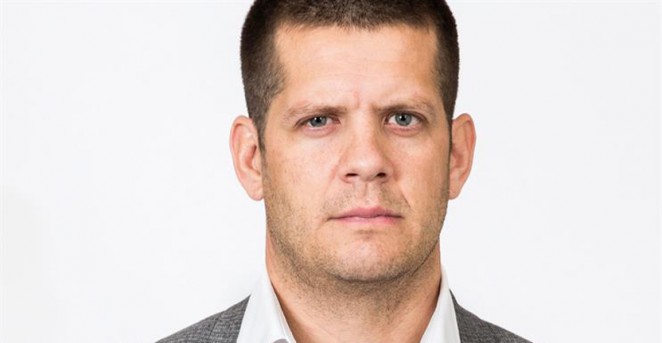 Having a digital expert sitting at the top table can only be a good thing, and reading through the job description, it’s clear that the role isn’t just to act as a cheerleader for the digital industries – although as a sector, we employ more than 250,000 people across the capital. What’s really exciting is that the role is about embracing technology to improve policy, decision making and public services. The UK is a world leader in developing ‘Government as a platform’, and the work of the Government Digital Service is rightly acclaimed for the way that they put users and user needs at the heart of a digital strategy. Technology is disrupting the status quo in every business and every sector – local government is no exception. So it’s fantastic to see Sadiq Khan acknowledge the need to bring in a senior digital leader. I fully support the appointment, and look forward to working with the successful candidate in the years to come.