Amongst my friends and family members, I've become known as something of a Scrooge when it comes to everything festive. Long gone are the days when the opening chords of “Merry Christmas Everyone” would ignite an ember of longing in my heart. Now it honestly just feels a little like uncomfortable indigestion. Still, whilst the copy and paste Christmas activations and decorations might earn my ire, when someone truly tries to mine something fresh and engaging out of the season, I'll be the first to take notice. This week, I was struck by two notable examples of festive frivolity in London, which both managed to take a familiar element of Xmas hype (the humble Christmas Tree) and frame it in a bold new way.

“We try to set ourselves problems that only technical exploration can solve. I was thinking about a seasonally relevant material and landed on the idea, like a fly-in-an-ice-cube” Alex Chinneck 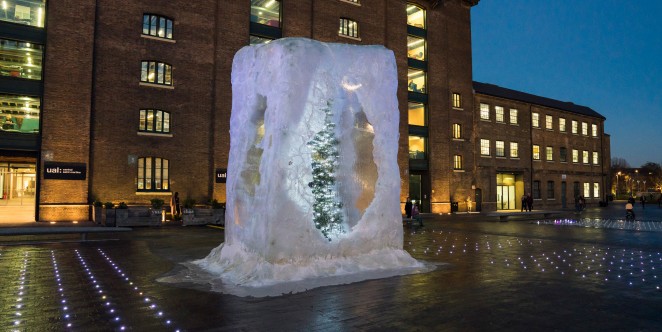 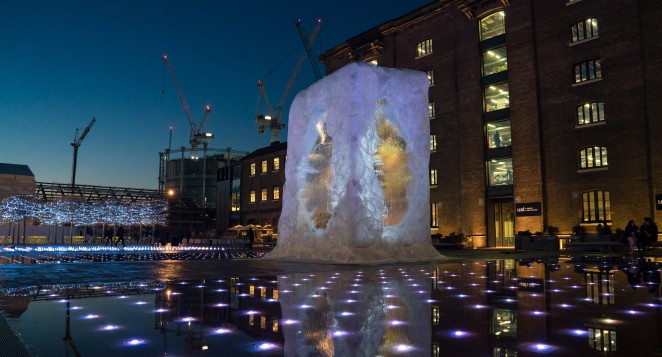 First off we have British artist Alex Chinneck, who seemingly froze a Christmas tree inside a huge ice cube in London's Kings Cross. The seven-metre-tall installation was unveiled last week just behind the iconic train station, situated between the colourful fountains outside Central Saint Martins' Granary Square campus. To create the piece, Chinneck trapped a five-metre-tall Christmas tree inside a two-tonne block of resin carved to look like an ice cube. A surrounding puddle, which looks as if it's melting into the ground-level fountain, is actually made from 250 kilograms of clear wax. At night, 1,200 lights adorning the tree glow brightly through the resin. It's a truly spectacular piece of work that looks like something from The Nightmare Before Christmas come to life. The installation, which is rather bafflingly dubbed “Fighting Fire with Ice Cream,” will be up in Kings Cross until 6 January 2017.

“I would like us to contemplate that the pine tree is one of the oldest species and recognise the roots are the source of its continued stability, nourishment and longevity” Shirazeh Houshiary 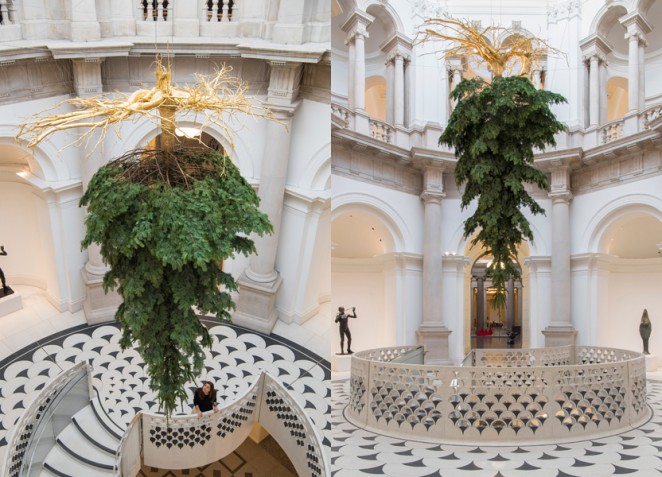 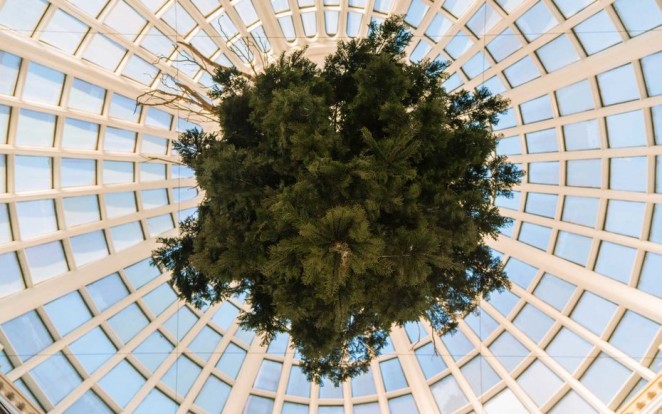 London's Tate Britain has also been celebrating the start of the festive season by hanging a Christmas tree upside down from its ceiling. Created by Iranian artist Shirazeh Houshiary, the Christmas tree was unveiled last week inside the gallery's Millbank building. It reimagines a similar piece she created for Tate over 20 years ago. The work focuses on the pine tree's natural qualities (its texture, colour, smell and shape) while also highlighting its roots in gold leaf. Tate formerly commissioned a contemporary artist to design its Christmas Tree every year since 1988 but paused the tradition when it commenced Caruso St John's £45 million renovation in 2013. Houshiary's tree is the first commission since. It is suspended down the centre of the spiral staircase added by the Sterling Prize-winning firm and reaches down towards the underground public spaces. This placement allows viewers different views from each of the three gallery levels; the tip of the tree from the lower floor, the main body from the ground, and the golden roots from the upper floor. 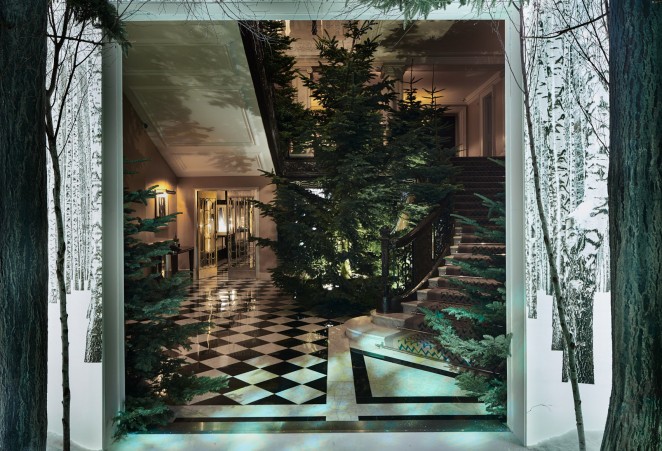 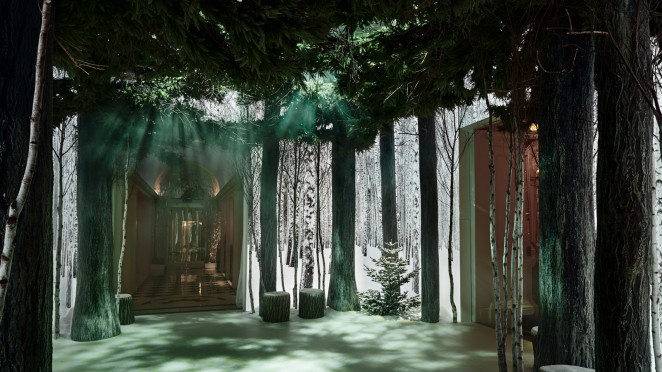 Finally, an immersive Christmas tree installation by Apple wunderkind Jonathan 'Jony' Ive and industrial designer Marc Newson was unveiled in the lobby of Claridge's hotel in Mayfair in London late last month. The duo worked alongside British set designer Michael Howells to create an experience that makes visitors feels as if they are not simply viewing a Christmas Tree, but stepping inside one. For the installation, the entrance to the hotel has been lined with four-metre-high light boxes that glow with black and white photographs of snow-covered silver birch trees. Real silver birch trees are placed in front of the backdrop in small mounds of artificial snow, while larger green pine trees stand in the foreground. Lights cast different colours on the wintery scene throughout the day, transforming it from sunrise to night time. The Claridge's Christmas Tree, described by the hotel as a seasonal landmark, is imagined by a different designer each year. The tradition has been going since 2009, and has seen designers including Burberry's Christopher Bailey, Dolce & Gabbana and John Galliano each bring a festive addition to the hotel's lobby.