Pink Floyd are widely regarded as the god-fathers of progressive rock music and one of the biggest and best bands of all time. The prog rock genre gained the title due to the way it's practitioners tried to push the boundaries of what what until then considered to be quite a limited form of musical expression. This was achieved using song structures and sounds more akin to jazz and classical music than to traditional rock music. Floyd were a band that took this concept and pushed it to its limits within the more conventional realm of pop music. It wasn't just musically where they pushed boundaries either, as the band also managed to make a name for themselves as design innovators, thanks to their extravagant live shows and their bold, wonderfully bizarre album artwork.

In order to celebrate that side of their genius, the V&A has announced a major retrospective of Pink Floyd that will mark the band’s influential design work. “The Pink Floyd Exhibition: Their Mortal Remains” will chart the band's innovative work in graphic design, photography, sound, stage and performance design from the 1960s and 70s to the present day, and its important influence on the psychedelic movement as a whole. The show will include its iconic visuals for albums such as Dark Side of the Moon, Animals, The Wall, Wish You Were Here and Ummagumma, and celebrate their work with modern surrealist Storm Thorgerson, satirical illustrator Gerald Scarfe (whose school teacher creation from The Wall still gives me nightmares) and psychedelic lighting pioneer Peter Wynne Wilson. Also on show will be large-scale set and construction pieces from album cover shoots and concerts, plus instruments, architectural drawings, original designs, prints and posters. Hipgnosis, Pink Floyd's Creative Director which designed the cover for The Dark Side of the Moon, and Stufish, which created the band's sets, are also working on the show. 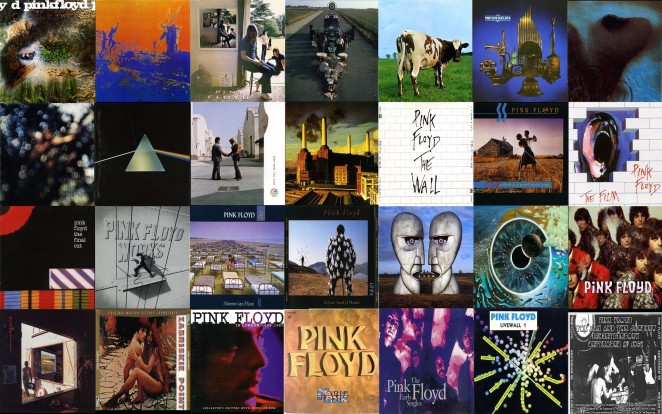 Featuring more than 350 objects and a custom-designed laser light show that promises to be every bit as ambitious as the light shows the band would famously use to underline their live gigs, the gallery will take visitors on an immersive, multi-sensory and theatrical journey. The exhibition, which marks 50 years since the band released its first single “Arnold Layne,” takes place from 13 May - 1 October 2017, with tickets on sale now. The V&A no doubt hope to replicate the success they experiences with their recent David Bowie exhibition, which brought a whole new audience to the museum, becoming the fastest-selling exhibition in the museum's history.

Drummer Nick Mason attended the launch at the London museum, which flew a giant inflatable pig over its roof for the occasion, just like the one pictured above Battersea Power Station on the cover of the 1977 album Animals. Mason also said that the other remaining members of the band are collaborating with the show , despite the fact he was the only one present at the launch. He said: “There was a school of thought that I'd been not enormously excited about it but that's not quite true. Maybe it was one of the others. I'd always seen it as possible. I did think we'd be short of material. That's turned out to be entirely incorrect. I can't tell you how much stuff won't fit in. We seem to have a bit of everything. My favourite drum kits. Quite a lot of the old machinery that we used for recording - that's now completely obsolete with all the digital technology.” 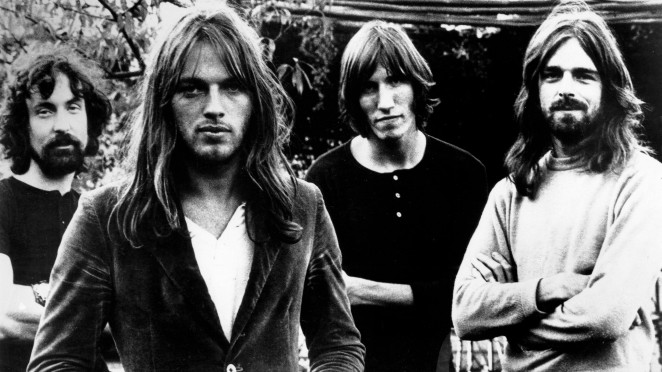 The late V&A Director Martin Roth, added: “The V&A is perfectly placed to exhibit the work of a band that is as recognisable for its unique visual imagery as for its music. Pink Floyd is an impressive and enduring British design story of creative success. Alongside creating extraordinary music, they have for over five decades been pioneers in uniting sound and vision, from their earliest 1960s performances with experimental light shows, through their spectacular stadium rock shows, to their consistently iconic album covers.” Sounds like a show any Floyd fan would be mad to miss. I already have my tickets ordered and if you wish to do likewise you can do so right here!

Benjamin Hiorns is a freelance writer from Kidderminster in the UK. His favourite Pink Floyd album is Meddle.

This is something I have to try and get to see - one of my most favourite groundbreaking bands of all time.