The Thames Tidal Barrier that doubles as a self-sufficient community

Freddie Jackson, a talented young designer and recent graduate of the University of Westminster, has designed a tidal barrage for the river Thames that not only produces energy from the sea, but incorporates a surprisingly homely looking (at least from the designs) community of 20,000 new homes. The design was completed part of a task given to Westminster University’s MA Architecture students. With London's population expected to grow by around 2 million over the next 20 years, the students were asked to design schemes for urban islands in the Thames estuary – the body of water where the River Thames meets the North Sea. 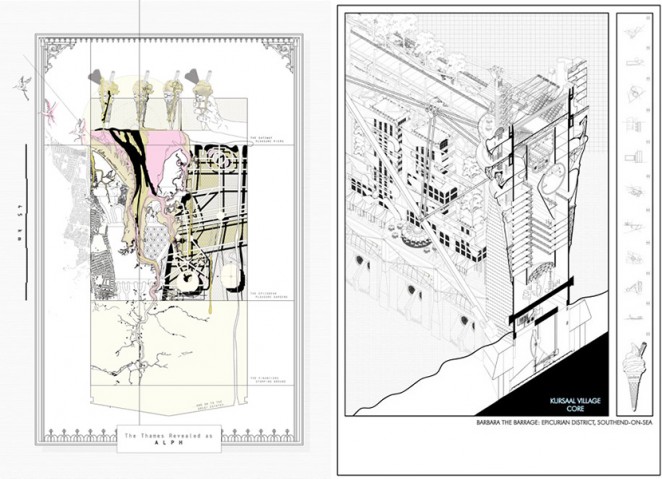 Jackson's project is a 5.6-mile-long mega-structure off the coast, which is between six and 20 storeys high. The structure would generate energy from the sea and act as a flood defence for the city, but also incorporates housing, entertainment and commercial districts. It’s effectively a fully functioning, self-sufficient community, but not only that, the designer also claims that it could power most of the South-East through hydro-electricity.

Freddie Jackson has designed a tidal barrage for the river Thames that not only produces energy from the sea, but incorporates a community of 20,000 new homes

He designed the barrage (lovingly nicknamed “Barbara”) as three districts: The Epicurean district, which would house small shops and businesses, The Wharfage district in the centre, which would feature lanes for ships to pass through, and include short-stay hotels, restaurants and entertainment areas, and finally The Powerhouse district, which would be set aside specifically for energy production. He drew his inspiration for the structure from housing projects around Amsterdam's docklands, which the university's MA Architecture students visited on a field trip, and postmodern iconographer Terry Farrell, which is rather fitting considering he previously served as an architectural assistant at Farrell’s firm. 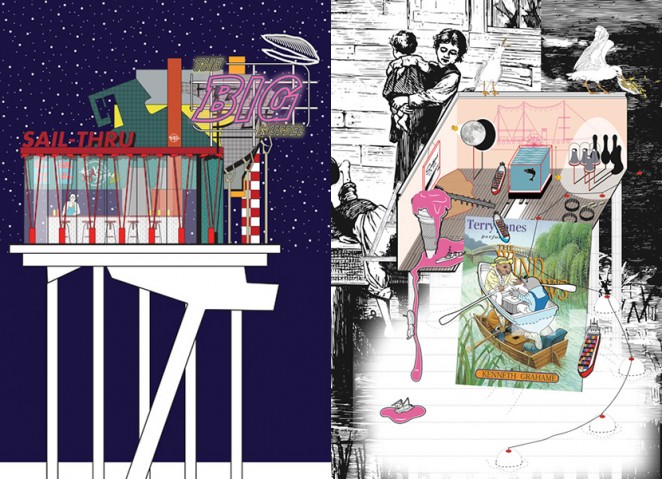 Jackson said of his (purely theoretical) designs: “I decided to look at an extreme scenario following the trend of building housing development clusters around new pieces of infrastructure. The project suggests that infrastructure can become a richly inhabited environment.” As for his decision to personify his creation with such a name as “Barbara the Barrage,” he added: “I wanted to name the barrage as a boat or sea vessel would be named. It seemed that buildings rarely get personified in this way and it allowed me to present the project as a character.”

He designed the barrage (lovingly nicknamed “Barbara”) as three districts: The Epicurean, The Wharfage, and finally The Powerhouse

The drawings themselves are heavily stylised, with life on the structure seemingly depicted as garish and dystopian. Like something out of a forgotten George Orwell novel. One gets the feeling, however, that the drawing’s inhabitants are a tongue-in-cheek addition by Jackson, who said of his work: “The inhabitants are self-indulgent and excessive, and are encouraged to be so by the markets and fast food outlets on the barrage.” Indeed, it appears he wasn’t simply content with designing this eco-friendly paradise, but developed an entire unwritten potential history for it. He added: “I imagine the islands may start competing for attention to attract more visitors, which is where the idea came from to show one of the buildings customised as a giant ice-cream.” What a truly remarkable mind that the man has. We’d imagine he has quite exciting (and possibly terrifying) dreams!