The Brussels Stock Exchange evolves into a Belgian beer palace

Last week, the City of Brussels announced Mather & Co as the official designers of an exciting new exhibition (for beer drinkers at least), which is due to be completed at the new Belgian Beer Palace in late 2018. Situated in the heart of Brussels at the historic Stock Exchange building, the Belgian Beer Experience is expected to rival the Guinness Storehouse in Dublin and the Heineken Experience as the new “Temple of beer.” It will not only explore not only Belgian beer itself, but will reveal all aspects of the unique Belgian Beer drinking culture. Visitors will also be able to explore the history, the ingredients, the invention and the craftsmanship behind the brewing process in a series of interactive galleries, before entering the lab to match their favourite beers to a complementary regional dish. The whole point is to show the Belgian beer drinking culture and how it’s part of life, like wine drinking in France, but unlike the Guinness or Heineken experiences, it will represent 1,500 brands from across Belgium. 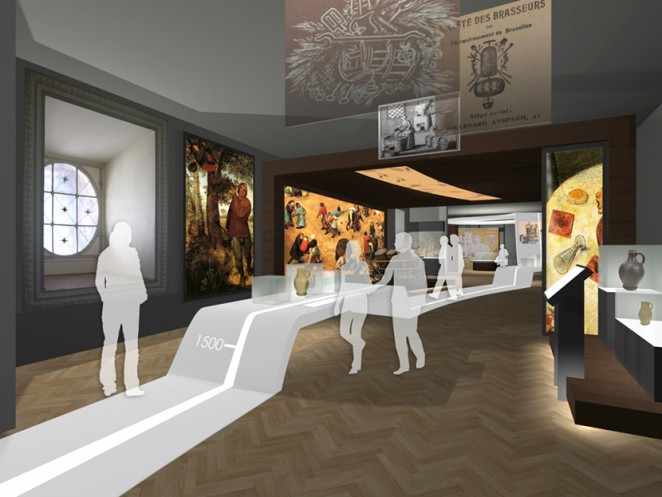 The exhibition will occupy two entire floors overlooking the great hall and includes numerous spaces for visitors to learn about and experience the different Belgian beers that are brewed across the country. A “Belgian Beer Passport” will be a key part of the exhibition, allowing visitors to build a menu of beers to try during their visit, which they can sample at the end of the visit on the panoramic rooftop bar.

The City of Brussels announced Mather & Co as the official designers of an exciting new exhibition, which is due to be completed at the new Belgian Beer Palace

The exhibition will begin with a virtual barman, who will teach people about etiquette and serving. A historical section will then map out how beer drinking culture has evolved, beginning with the Trappist monks. An interactive timeline will be broken by immersive pods, which will take people to different times and environments. A “Hanging gardens” of live hops, wheat and herbs, which will be flooded with natural light, and accompanied by an interpretive narrative, comes next, before visitors are blasted with hot air as they experience the brewing process in a surprisingly literal way. After they learn each step, they can have a go on a Heath Robinsons-style interactive experience, where leavers are pulled and dials set to create each visitors’ very own type of beer.

The show ends at the “Beer wall,” which showcases 1500 Belgium beers, some of which you can smell, and others you can use interactive terminals to learn more about. There are also plans to link the exhibition to a website and a mobile app, which uses RFID technology to collect information as visitors go round and it build up a log of their tastes. It may even have an algorithm to recommend products based on those tastes!

Dan Procter, design director at Mather & Co, said: “This is one of the biggest projects we’ve ever won and we are really excited to getting started on the exhibition development. We expect this to become one of the most visited tourist attractions in Belgium with over 300,000 visitors a year. The exhibition will be developed in harmony with the historic building and will showcase the rich history of the brewing industry and how this culture has evolved in Belgium. We aim for the exhibition to show the spirit of invention that is unique to Belgian brewers.” 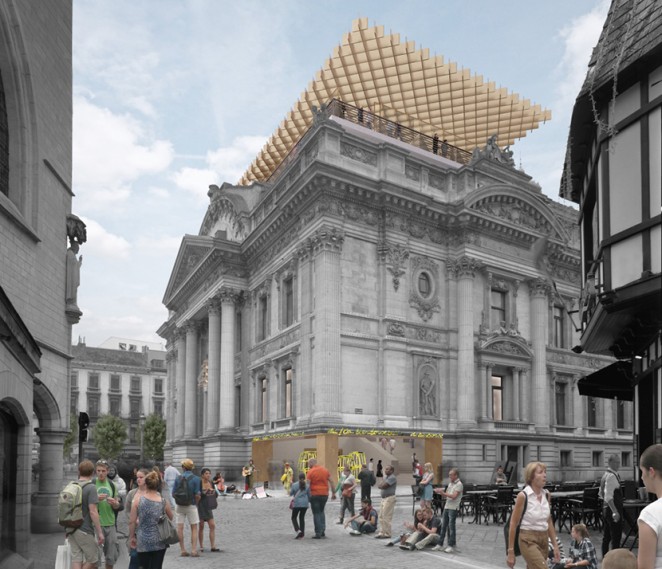 Phillipe Close, alderman of tourism for the City of Brussels, added: "This is the first time we have worked in this way. Usually, we make a selection for the architect and then for the content but given the importance of building in the project, we wanted a coherent team. It is necessary to respect the listed Stock Exchange building while highlighting Belgian beer in a modern way. We believe that this new attraction will make tourists stay longer in Brussels, which should enable us to achieve our goal of 10 million overnight stays in 2020."

The Belgian Beer Palace is a collaboration with Belgian architects Robbrecht en Daem and Baneton Garrino, and Brussels branding agency Base Design

The Belgian Beer Palace, which will be a collaboration with Belgian architects Robbrecht en Daem and Baneton Garrino, and Brussels branding agency Base Design, will open up and maximising the historic elements of the building. As well as the Belgian Beer Experience, it was also include a great hall, an archaeological museum, a conference centre, a retail shop, bars, restaurants and a panoramic terrace on the roof of the building overlooking Brussels. The site also includes Bruxella 1238, the excavated ruins of a 13th Century monastery, and John 1st, Duke of Brabant was buried here, which is rather apt, considering he is heavily rumoured to be otherwise known as “Gambrinus: the king of beer!” 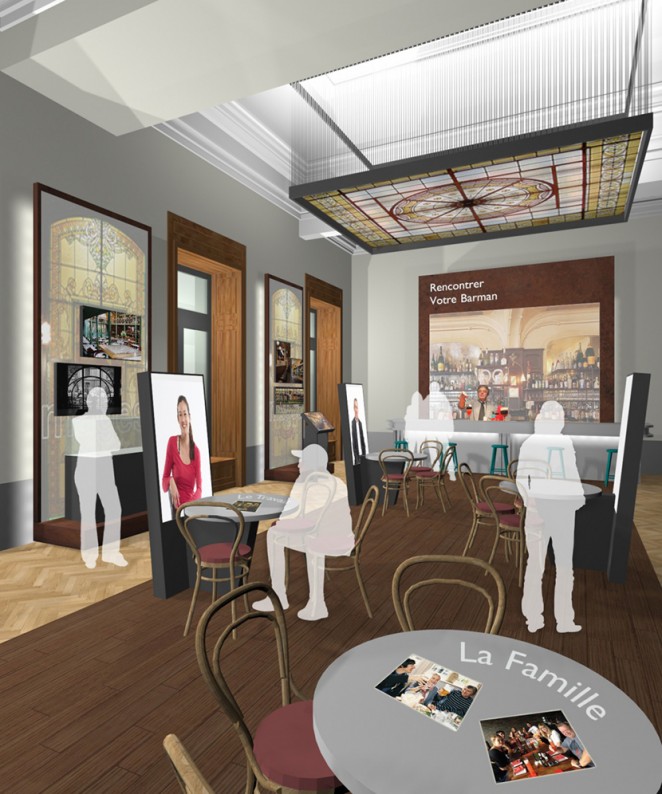