The graphic designer, who was also behind Calvin Klein’s latest rebrand, has given fashion house Burberry a new look, which has been revealed on Instagram this week.

Fashion house Burberry has revealed a new monogram, designed by Peter Saville, which use the initials of the company’s founder Thomas Burberry as the basis.

Saville has also designed a new logo for the company, which ditches the knight-and-horse icon associated with the brand and replaces it with a simple, typographic logo set in a sans-serif, all-caps typeface.

The new monogram has been designed as an interlocking pattern of “T” and “B” letterforms, to depict the initials of Thomas Burberry, using a colour palette of orange, “honey” brown and white.

The rebrand, as well as the two designers’ email communications surrounding the project, have been published publicly through Burberry’s Instagram account this week, making this the first reveal of the new logo and monogram. According to the email communications between the two, the new design has been inspired by Tisci’s look through archive material, and a Burberry logo from 1908.

The new logo and monogram launches as Burberry is due to exhibit at London Fashion Week next month, which takes place 14-18 September. 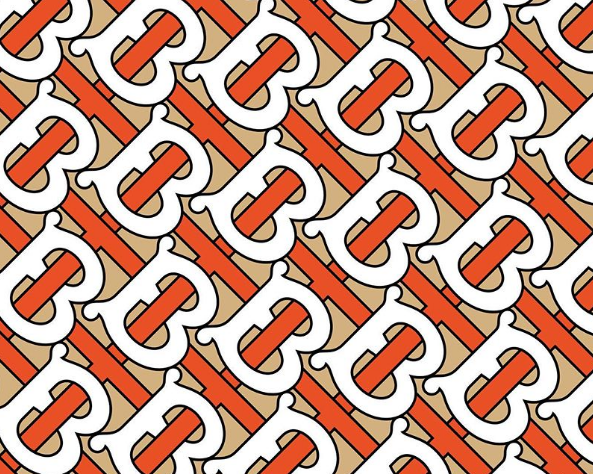 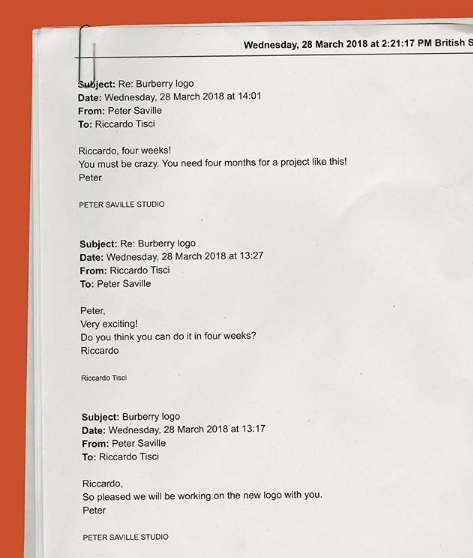 The Beautiful Meme (TBM) has created the branding for workspace Twentytwo, a new 62-floor shared workspace, which will occupy the tallest building in the City of London when it opens next year.

Working with a blue, red and yellow colour palette, TBM went out to seven international collaborators and asked them to each create a piece which responded to a different community space within the building. The distinct artworks form part of a graphic identity system, which is anchored by a Twentytwo wordmark set in a redrawn version of Arial Nova. 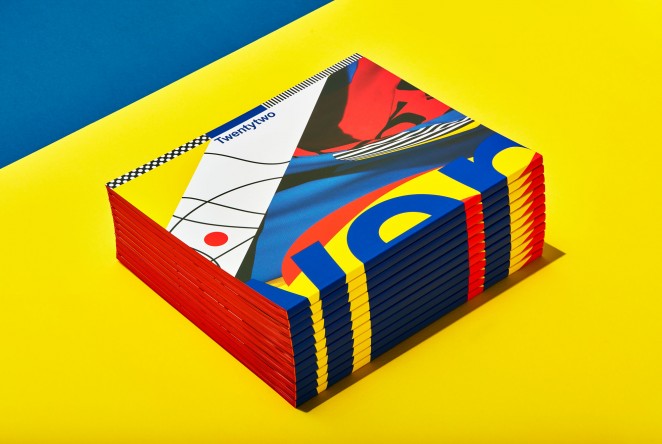 The artworks have been created by creatives including illustrators Jonathan Calugi and Merijn Hos, photographer Paulo Pettigiani, and photography duo Baker & Evans.

TBM creative director Tom Sharp says: “We wanted to make sure there was a strong distinction between Twentytwo and competitor commercial property brands. Our goal was to create a contemporary visual style that was consistent in energy and attitude, rather than being confined by rules and logo placement.” 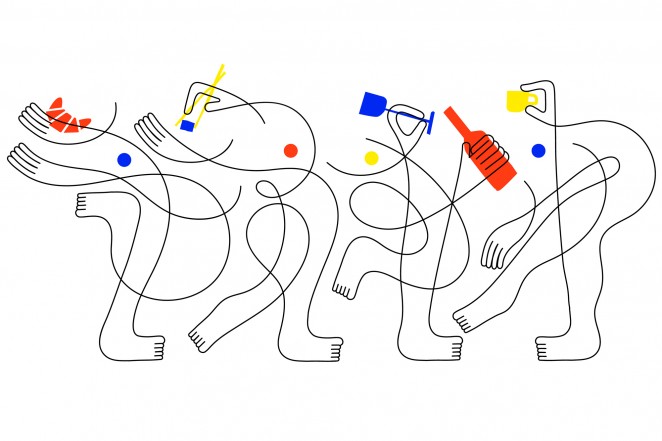 The brand is held together by its bold colour according to TBM creative director Ben Haworth who says, “We feel we have created a brand which can talk to a range of businesses from any sector."

The branding will roll out across a website, brochures, events, art prints and building hoardings ahead of the building’s opening. 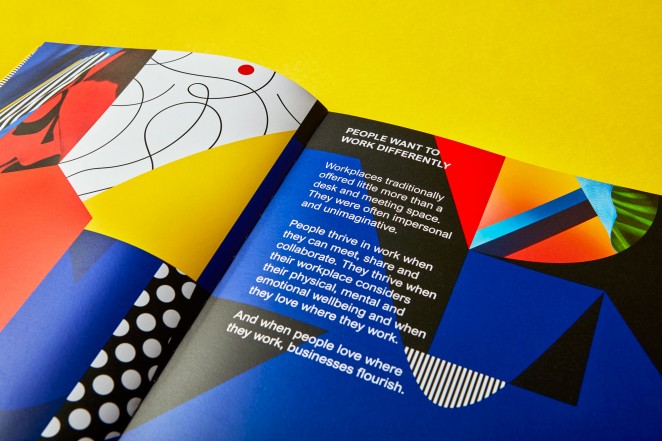 The app, which allows users to write notes on a smartphone or computer in many different forms, has been given a refined visual identity focused on an updated elephant symbol, the colour green and two new typefaces.

DesignStudio has worked with Evernote’s in-house creative team to refresh the branding of the note-taking app, which aims to give it a more “energetic” and “modern” look. 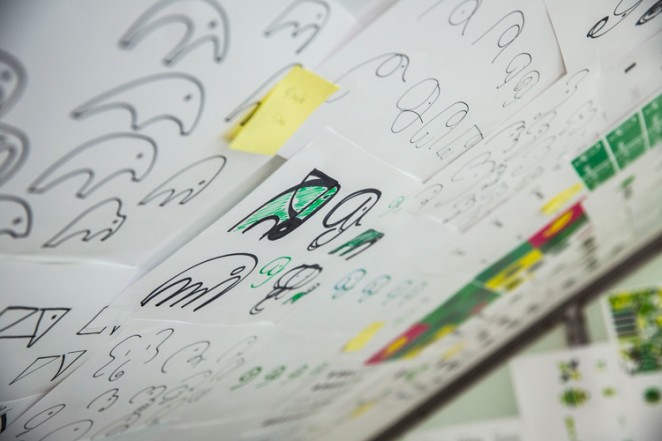 Having launched 10 years ago, Evernote has become known for its logo of an elephant known as “Mads”. The two design teams decided that the app’s key character would remain but would be refined.

The elephant has turned from grey to the company’s signature green colour, its edges have been softened, its trunk curled into a spiral, and its forehead sloped. The fold in the elephant’s ear has been increased, which looks to symbolise the folded corner of a document or a dog-eared book. These changes are intended to represent progress and forward momentum, says DesignStudio. 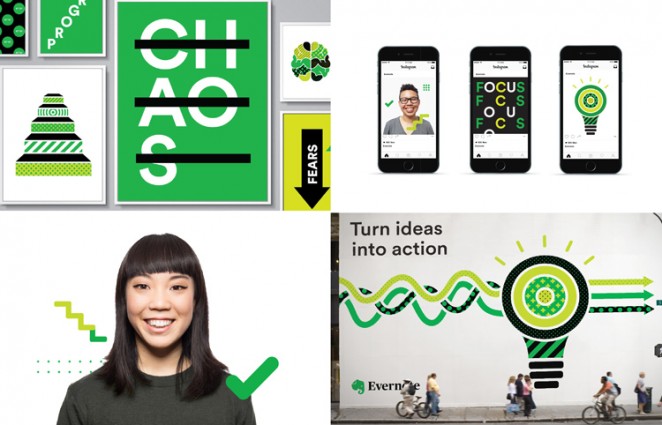 Ty Whittington, creative director at DesignStudio, says: “We worked with Evernote as one team. Through immersing ourselves in the company culture… [this] informed our decision to evolve, rather than reinvent the brand.” 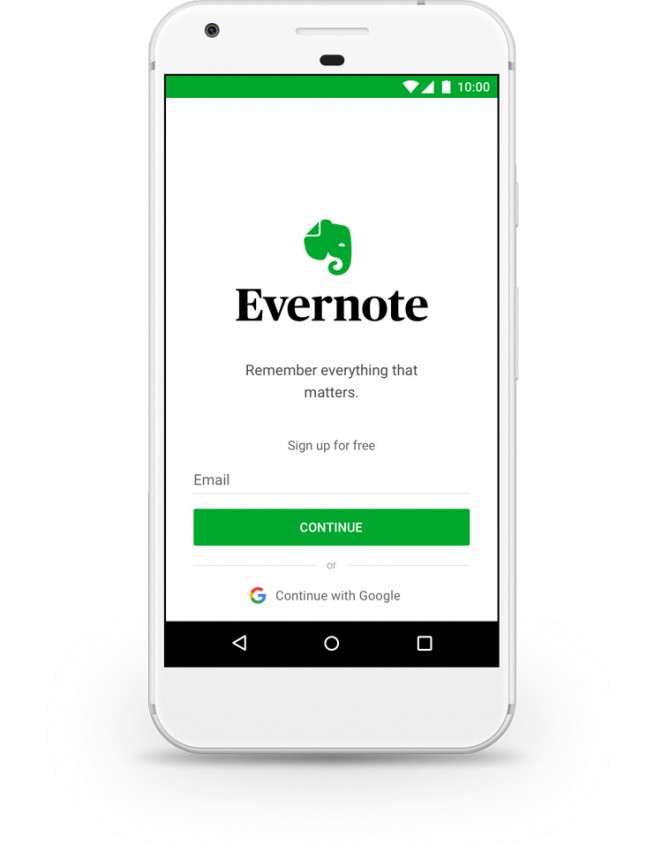 Nuffield Health, which owns private hospitals and gyms across the UK,  drops “corporate, confusing and uninspiring” branding and has been given a new identity by Handsome Brands to unify its former, “disparate” look. The new visual identity aims to move the company away from “corporate” and towards being a “lifestyle brand”.

Formerly, the branding was centred around a shield symbol and a signature green colour that was applied in different forms across communications and to the logo.

The new logo uses these assets but is simplified, using a green and white colour palette. It features a flat graphic, white shield symbol with a green cross going through it, the name of the brand set in white in a bespoke, sans-serif typeface, and a green background. 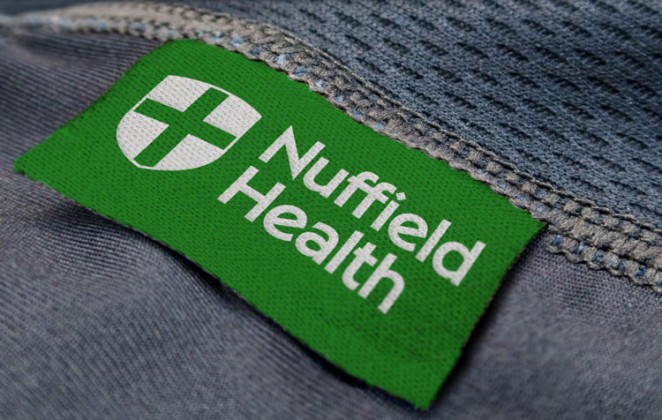 The typeface, called Nuffield HealthSans, has been developed alongside typographer Dave Farey, and has also been used across copy.

The rebrand, which has been two years in the making, has now rolled out across marketing and communications, online platforms, merchandise and products, and interiors, wayfinding and signage for all hospitals and health clubs. 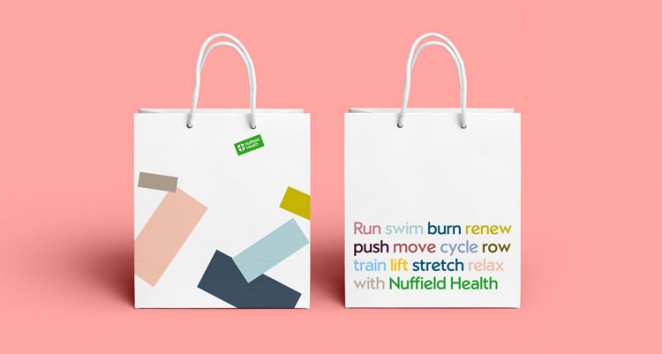 Product of a meticulous distillation, this gin is the result of a balanced mix of 11 natural botanicals such as Juniper, Orris Root, Red Pepper, Cardamom and Cassia Cinnamon, macerated in a slow process, which takes 24 hours to extract and concentrate the maximum of flavor, creating a gin with an enigmatic and unrivalled fragrancy.

Designed by Creative Carbon Studio to look like a jewel as old as the conspiracy theories surrounding London, the bottle was created in hexagonal shape resulting from two interlocking triangles or deltas. 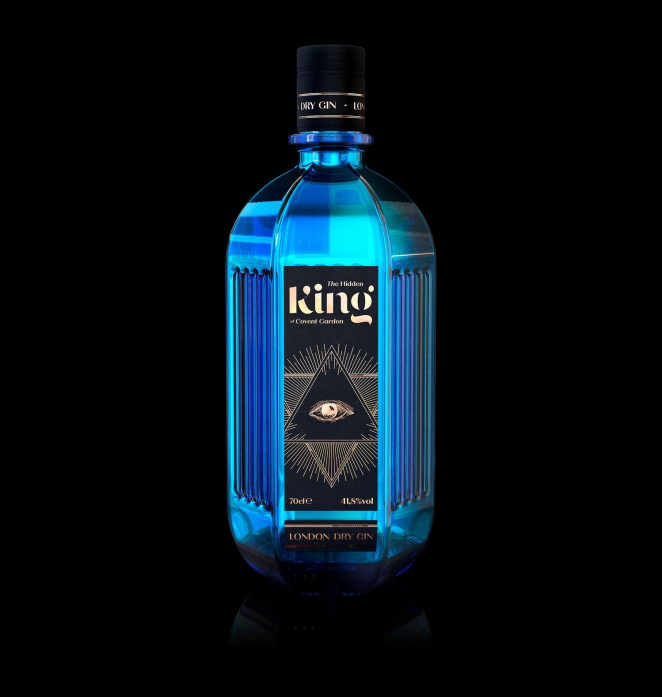 "The hexagram symbolize the union of the two principles or forces, the active and passive, male and female that pervading the universe, also typify the mingling of apparent opposites in nature, darkness and light, error and truth, ignorance and wisdom, evil and good, throughout human life." - Albert G. Mackey

Produced in cobalt glass, the color of iconic bottle is inspired by the sapphires of the Imperial Crown of the State, one of the main jewels of the British crown. The black label with a copper color hot stamping application, establishes elegant and modern visual line, but with an look out of time. 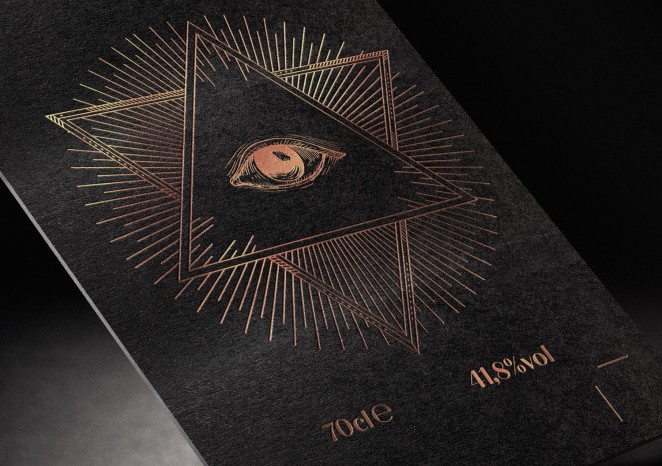 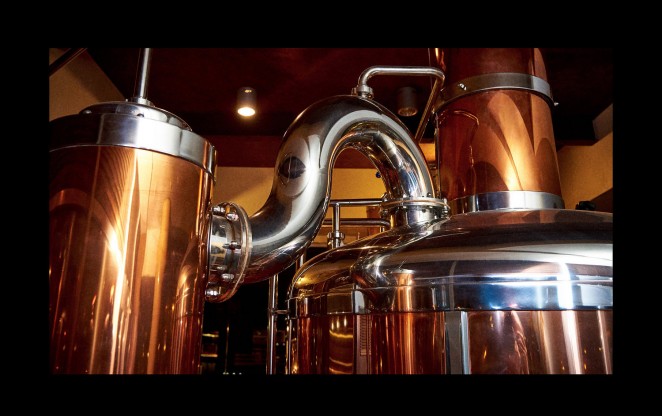