A Pentagram partner has created the visual identity for a rather unique organisation set up to lobby the US government on the controversial so-called 'tampon tax' on menstrual products. Paula Scher designed the branding for the Period Equity brand, which aims to end sales tax on female hygiene products such as tampons and sanitary towels. Campaigners are advocating that tampons and similar products are not luxury items (a message echoed by the text on Period Equity's marketing materials) as they are currently classified in the majority of US states. Exceptions include Minnesota, Maryland, Massachusetts, New Jersey and Pennsylvania, which do not currently tax these types of products. Oregon, Montana, Delaware, New Hampshire and Alaska have no sale tax anyway, while Illinois, Connecticut and New York moved to abolish tampon tax this year. However, California, Florida, Texas and Arizona are among the large majority of states that still impose it. 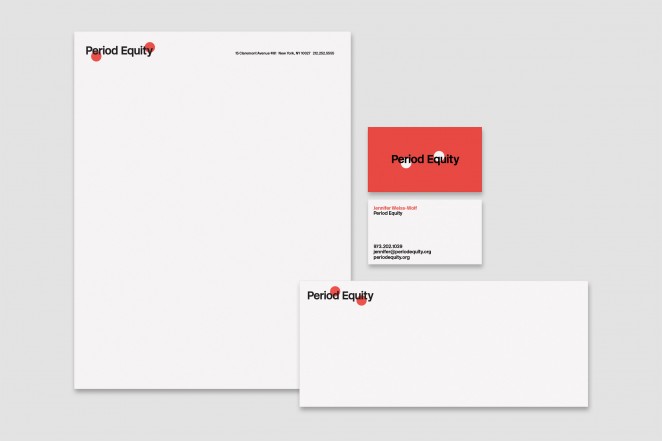 In the UK, the government pledged to remove the tax on these items last year (although little progress has been made thus far) while countries worldwide are facing similar calls to end taxation on menstrual products. Scher's bold and simple graphics feature red spots behind black text on a white background. The three colours are also swapped with each other across the visual identity. Slogans like #freethetampons appear on merchandise like bags and T-shirts created to raise awareness of the issue. 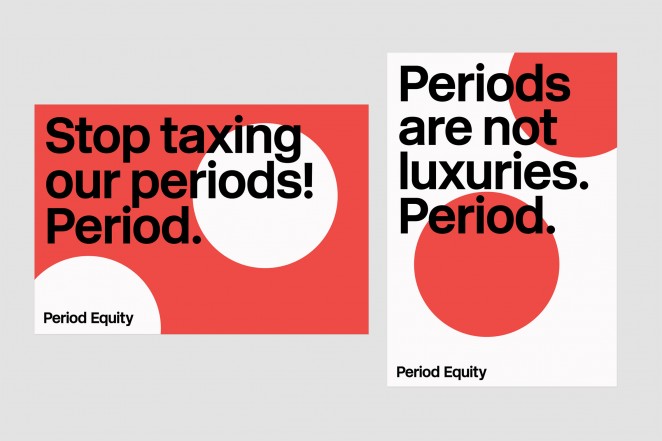 Period Equity Co-founder Laura Strausfeld (also a writer and lawyer) developed the legal arguments and for the tampon tax lawsuit in New York. Her co-founder, Jennifer Weiss-Wolf, wrote a forthcoming book called Periods Gone Public, and has written on the subject for publications including the New York Times, Newsweek, Time, and a range of magazines targeted at women. Pentagram is one of the world's most-respected graphic design and branding agencies. Its recent projects have ranged from a rebrand for Mastercard to packaging for rapper Snoop Dogg's edible marijuana products. 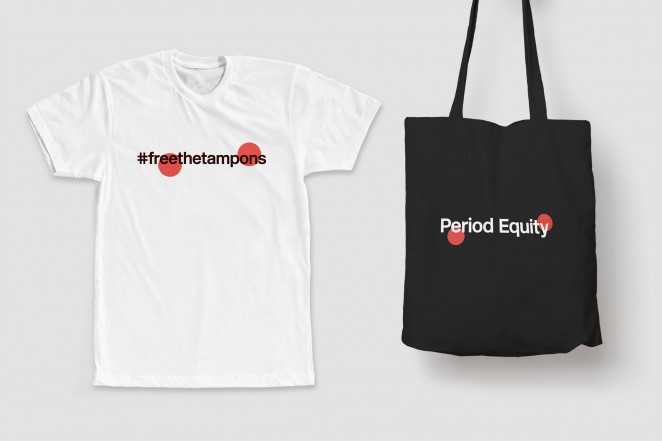 “Period Equity is an organisation that uses the traditional tools of policy and legal advocacy, media strategy and thought leadership to further initiate and advance issues of menstrual access, equity and safety”