OMA, the design firm founded by Rem Koolhaas, is to build its first major public building in the UK after winning an international competition to design The Factory in Manchester. The £110 million project will create a major new theatre and arts venue in northern England. The building will be called The Factory, after the highly influential Manchester record label that represented both Joy Division and New Order. According to the team behind the project, it will be able to host multiple performances simultaneously, with combined audiences of up to 7,000 people. 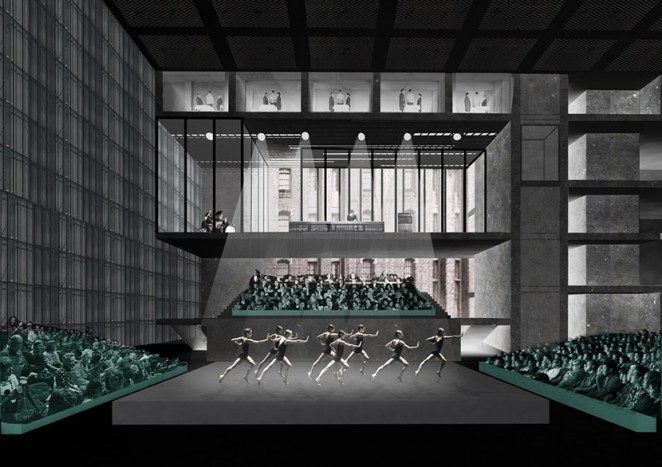 A statement released about the project stated: “The Factory will make and present a wide range of art forms and culture, incorporating theatre, music, dance, technology, film, TV, media and live relays, scientific advancements and the connections between all of these, under one roof. The Factory will be a new kind of large-scale venue that captures the extraordinary creative vision and depth of Manchester's cultural life.”

Further details of the design have yet to be confirmed, but early images show an elevated glass cube with a huge sliding door, accessed via a monumental flight of steps. A multi-faceted white protrusion is shown extending out from one side, with public plazas underneath both parts of the building. The renders also show a giant disco ball and a yellow blimp inside the building, suggesting the large scale of the structure. It will be a key venue in the annual Manchester International Festival and will also commission bespoke performances and art pieces throughout the year. Koolhaas will lead the project with OMA partners Ellen van Loon and David Gianotten. Construction is due to begin next year, and the building is expected to complete in 2019. 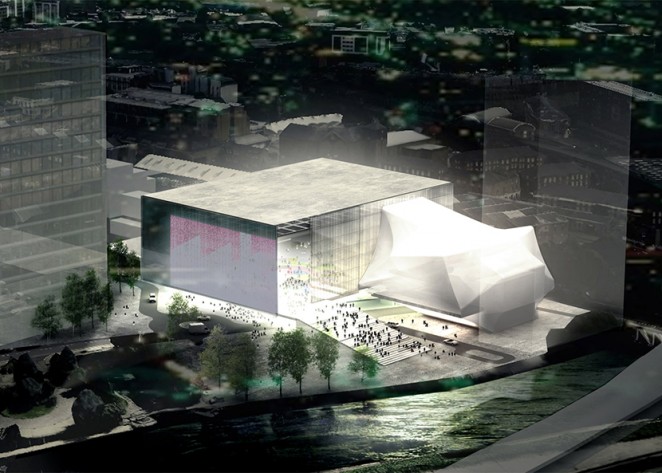 The British government has pledged to invest £9 million a year to help fund and run the venue and has earmarked £78 million for construction. The remainder of the budget will be raised by Manchester Council from a combination of donations and the sale of council-owned land and property. It's part of a the wider St Johns regeneration project being led by the council and developer Allied London, which aims to create a new 15-acre neighbourhood in the city on the site of the former Granada TV studios.

The British government has pledged to invest £9 million a year to help fund and run the £110 million project, and has earmarked £78 million for construction

Koolhaas said: “I look forward to realising this radical arts building for Manchester. It is wonderful to participate in the longstanding renaissance of the city, and particularly the Festival, where real experimentation is expected.” Richard Leese, Leader of the Manchester City Council, added: “The importance of The Factory cannot be overstated. It will help power Manchester and the wider region towards becoming a genuine cultural and economic counterbalance to London, as well as being a place where inspirational art is created.” 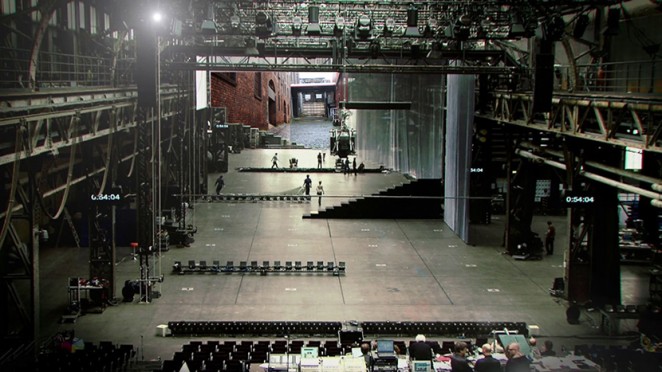