The online furniture store MADE has made its most ambitious move yet into the physical realm with a new flagship showroom (its largest yet) based in the centre of London. The new store opened on Saturday in Soho on Charing Cross Road, and fills a gigantic space almost 800 metres squared, which was previously a bookstore and hair salon. The store was designed by the architecture studio Bureau de Change, and is the fourth store opened by the company. The other three stores are located in Notting Hill (with interiors also by the Bureau de Change) and Old Street (both also in London) and in Redbrick, West Yorkshire.

According to the project's founder and lead architect Billy Mavropoulos, the new showroom aims to create a sense of unity between the virtual and physical spaces by implementing a combination of physical furniture and projections. The furniture is arranged to replicate the layout of a living room, with projections of the respective products and their explanatory text, shone on to plain white, curved walls. The effect is like steeping into an art gallery that also happens to be someone's front room (where everything is for sale).

Mavropoulos said that the showroom is knowingly sparse, because the MADE catalogue is so extensive that there was only so much they could showcase in such a space, despite its size. He believes the combination of physical furniture and projection “Provides an immediate link between the online and the physical, and helps customers see products in the context of something real.” He adds that “The white walls are blank canvasses behind the furniture,” which also help to make the customer experience “More interesting and fun.” 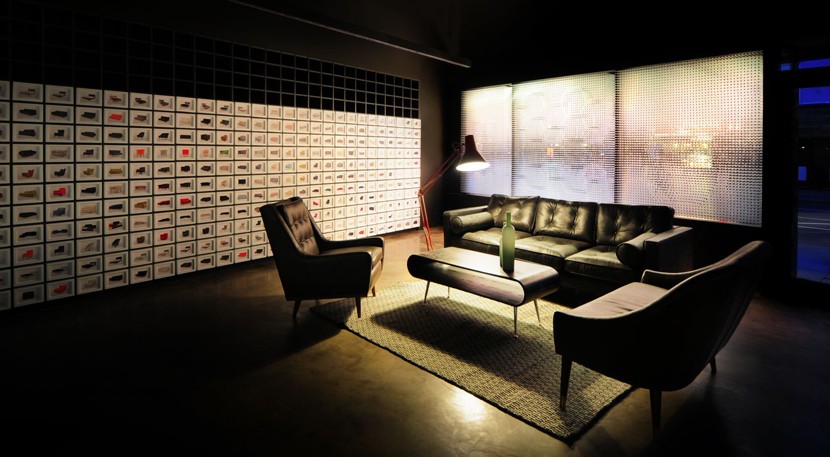 Other interactive elements in the showroom, which sets it apart from a conventional furniture store, include bespoke “Cloudtags,” that allow customers to use iPads to scan the furniture for more information and a band of MacBooks from which the entire MADE online catalogue can be browsed at leisure. There is also a row of small drawers lining one of the walls, which customers can pull out to see and feel the various materials which make up the furniture on display. It's a kitsch, modern reworking of an old idea (we all remember carpet sample books right?), and it not only looks striking, but adds an extra element of interactivity to the store. It's also something that you simply couldn't get online.

The showroom has purposely been filled with things you need to actually touch, sit on, or see in real life in order to get a sense of their quality

Mavropoulos says they have purposely filled the showroom with things “You need to actually touch, sit on, or see in real life” in order to get a sense of their quality.” He said that by mixing “Tactile things like fabrics with digital information, giving customers a bit of both, when they go back home and look at the website, they will have a better idea of what the product is like.” A very literal case of “Try before you buy.” 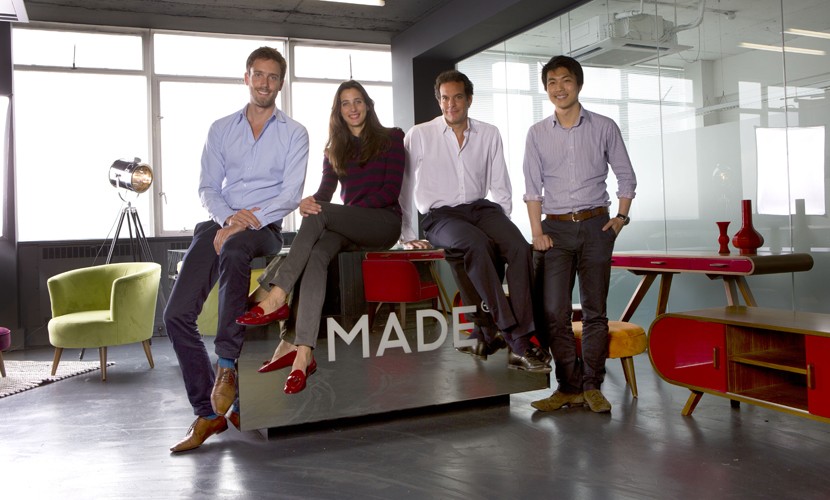 The space itself is also a thing of unique beauty, with an eye-catching window display, comprising 40,000 clear tubes with aluminium casts in the bottom displayed on Perspex sheets. These tubes have been manipulated to make moulded 3D impressions of furniture, which brings to mind the look and feel of the class “Pinpression” toys. The idea is to make the storefront stand out from the other identikit windows on Charing Cross. Mavropoulos says there are “Loads of theatres, lively shops and bars, and all the windows are so colourful and dominant,” which is why he decided not to use colour, but to make “Something that would stand out and be consistent for MADE; one very simple and effective idea.”