At this year's London Design Festival, if all goes to plan you might be able to play a round of crazy golf at Trafalgar Square, with definite emphasis on the crazy! The “Visionary Crazy Golf” installation will include nine holes designed by different designers and architects including: Sir Paul Smith, the late Dame Zaha Hadid, Mark Wallinger, Tom Dixon, Camille Walala, Ordinary Architecture, HAT Projects, Neon Studio and Atelier Bow-Wow. Paul Smith, who chose the designers himself, has curated the project in collaboration with the LDF team. It will only see the light of day, however, if £120,000 in funding is raised through a Kickstarter campaign. 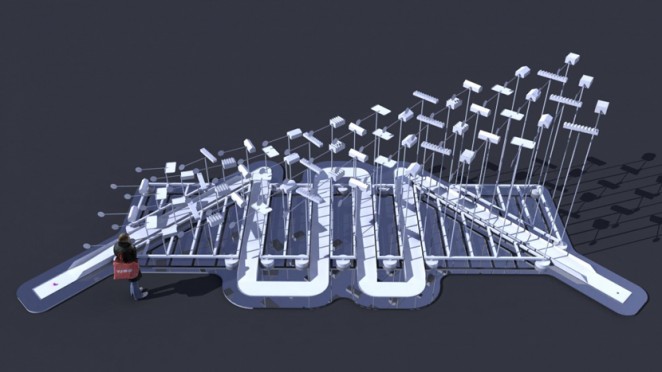 “Visionary Crazy Gold will be a wonderful and accessible display right at the heart of London, which will celebrate design and creativity, and explore engineering and new materials” Sir Paul Smith

Smith invited both distinguished and emerging designers to take part, and gave them free rein to be playful, original and have fun with their designs. The holes will include one adorning the steps leading up to the National Gallery with signature coloured stripes accompanied by a miniature clubhouse (Paul Smith himself), a wavy course spread across two levels that will snake between Trafalgar Square’s lions (Dame Zaha Hadid), a maze (Mark Wallinger), and a giant pigeon (Ordinary Architecture). The installations aim to not only look great and provide a fun and challenging experience, but to make some grand statements about the future of architecture. For example, Tom Dixon will explore the future of transport through his installation of intertwined tubes, which he hopes to reflect to idea of pneumatic tubes pushing people around the city. Neon Studio also imagines a waterlogged city with houses above water, accessible via elevators. LDF expects the golf course to be one of the most popular projects of the festival to date, as well as this year’s most prominent installation, and hopes it will attract a varied audience from design aficionados to small children.

“It's a fantastic landmark project that will really broadcast the event to a wider public. Above all though, we hope to show that design and architecture can be serious fun, and to inspire a new generation of creatives” Christopher Turner, Deputy Director at LDF

If funding is reached, the crazy golf course will bring an awareness of design and its possibilities to the general public during the London Design Festival, which in past years has inspired similarly playful installations such as a giant chess set and a light show performed by an assembly line of robots. The Kickstarter campaign launched on 24 April and has already raised over £4,000. Backers can pledge anything from £5 to £5,000, and will receive rewards such as priority tickets, especially-designed Paul Smith products including scarves, tote bags and studio prints, and the opportunity to tour the designers’ studios and take them on at crazy golf. The project needs to raise £120,000 by 6 June in order to go ahead, with the same amount set to be matched through sponsorship. Visionary Crazy Golf aims to take place in Trafalgar Square between September 16 and 22. 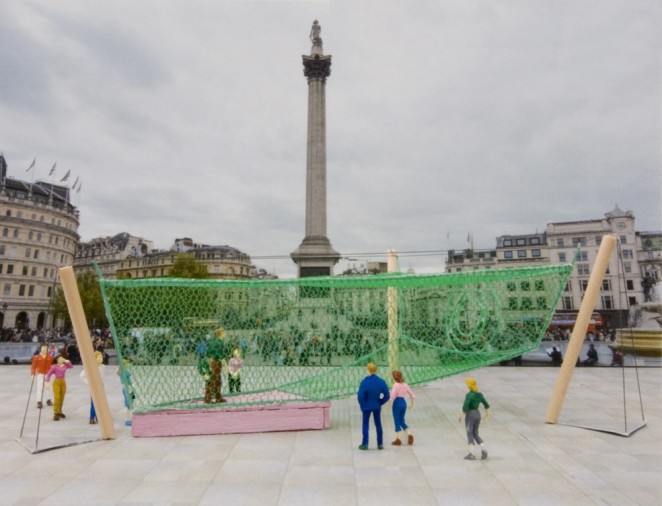