There are few things more infuriating than when a celebrity suddenly decides to change lanes and try their hand at something else, just because they know they can. Every rapper thinks they can be an actor and ever actor thinks they can be a rockstar, and (unfortunately for us) they have the means to indulge these fantasies. It's this messiah complex that's largely responsible for such ungodly abominations as Jared Leto's “30 Seconds to Mars” rock band, Kanye West's pretentious fashion, Scarlett Johansson's woeful Tom Waits covers album, Madonna's laughable acting career, and Jay-Z's... pretty much everything under the sun. 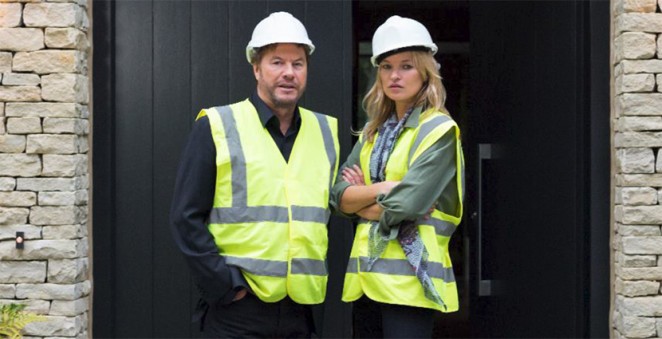 The list is extensive and depressing, but every once in a while a celebrity vanity project comes to fruition that isn't completely devoid of merit. Enter Kate Moss, arguably the most famous supermodel of the 20th century, and notorious socialite, who everyone at one point expect to start fronting her own band (let's be honest here, it was always the logical next step). Over the last two decades, the 41-year-old has dabbled in everything from philanthropy to perfumer, and has even supplied vocals to a raft of songs by The Lemonheads and Babyshambles. She even lent the shape of her left breast last year to Mayfair's 34 Restaurant to create a mould for their personal champagne glasses. Now, however, she's stepping into the world of interior design, by creating the interiors for a house forming a park of “Luxury second home” developments in the English countryside.

Kate Moss is stepping into the world of interior design, by creating the interiors for a house forming a park of “Luxury second homes” in the English countryside

Moss has teamed up with Yoo, the architecture and design company co-founded by property entrepreneur John Hitchcox and prolific French designer Philippe Starck, to design the interiors for a property known as “The Barnhouse,” a £2.5 million five-bedroom house located in a development of Yoo holiday homes located on a former quarry in the Cotswolds called “The Lakes.” The house features brick and wood cladding, extensive glazing, a gabled roof and a large raised deck with a private swimming pool. Inside, the five bedrooms are arranged around a double-height living space, with an open-plan kitchen to one side. Among the highlights are a master bedroom featuring a thick grey plush carpet and a mirrored four-poster bed, and a bedroom finished with wallpaper by London brand House of Hackney, based on Victorian designs by William Morris. 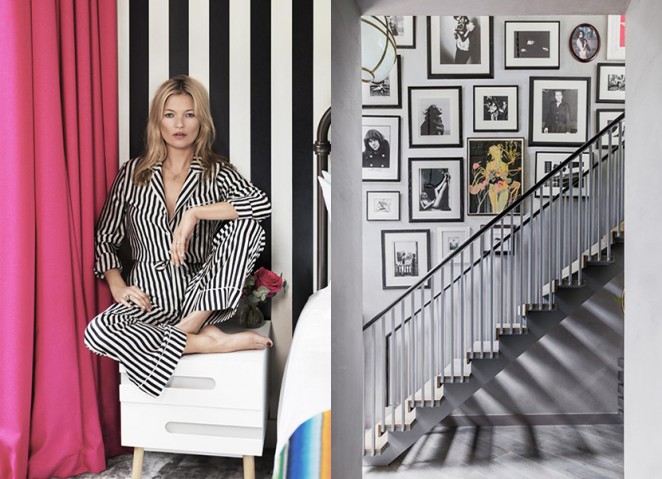 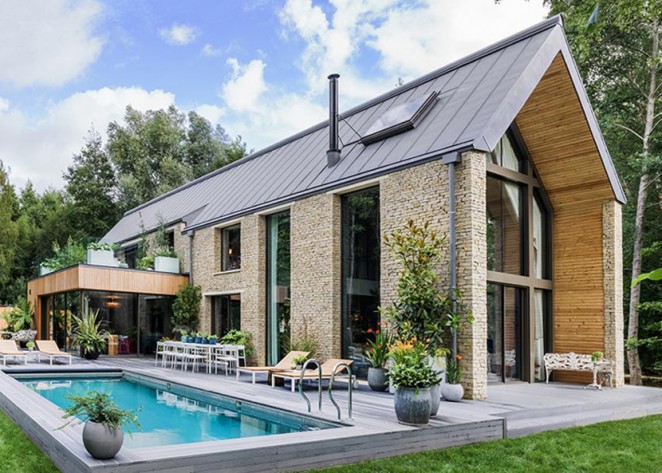 Bespoke furniture for the house has been built by David Haddock, a local craftsman who built the model's dressing room in London. The furnishings include a dining table with matching benches and a steel four-poster bed. A custom built TV cabinet also includes a silver thunderbolt as sly nod to pop star (and close personal friend of Moss) David Bowie. She has also chosen the artwork for the house, including pieces by Damien Hirst, Allen Jones and the model's collaborations with Dinos Chapman and Chris Allen, creating what Yoo refer to as “A retro-glamour take on the traditional English home.”

Moss has teamed up with Yoo, the architecture and design company co-founded by property entrepreneur John Hitchcox and prolific designer Philippe Starc

Moss said of the project, which marks her first foray into interior design: “John and I became friends through our love for the English countryside (and the pub). When he told me about The Barnhouse in the middle of the silver birch wood I was intrigued and then excited to become part of the design team. We have created a luxurious haven in the woods, a perfect place to escape with family and friends.” 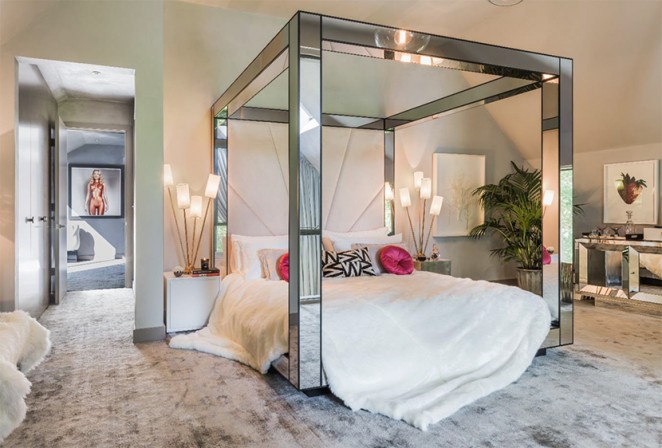 Yoo has a history of working with celebrities looking to spread their creative wings. The company has worked with a number of celebrity interior designers including Jade Jagger and Kelly Hoppen, whilst other collaborators have included Marcel Wanders, co-founder of Dutch design brand Moooi. In fact, more and more famous people are dipping their toes into design in general recently, with recent examples including a collection of interior products by Lenny Kravitz, Pharrell's fashion collection made from ocean plastic and Will.i.am's custom eyewear. If you have the money and the audience, it appears you really can do anything these days!

Benjamin Hiorns is a freelance writer and struggling musician from Kidderminster in the UK who will probably never be able to afford a “Luxury second home.” But a man can dream.