Design Vs Trump: Nazi Logos and Border Walls from IKEA and Katy Perry

You're all probably just as sick as hearing about Easy D (does anybody know what that really meant yet?) and his constant fear mongering, divisive hate speak and general incompetency. Historically, however, when in times of great political and societal upheaval, the art world is the first to strike back. Creatives are of a sort that won't take bullying lying down, especially when it's on a global scale. So, here I've collected a few recent examples of designers, artists and brands fighting back against Trumpf with talent, drive and humour. Because if we couldn't laugh, we'd all be crying.

American industrial designer Tucker Viemeister has designed a logo for Donald Trump based on Nazi insignia to reflect the billionaire's racist hate mongering. The logo, featuring a tilting letter T inside a white circle on a red background, resembles the swastika symbol used by the Nazis. The symbol relates to both Nazi imagery and contrasts with the symbol that graphic designer Michael Bierut of Pentagram designed for Trump's rival, Hillary Clinton. Viemeister created the logo in April last year, before Trump became the Republican party's official presidential nominee, posting it on Twitter and on his own website with a short statement that read: “Design can show what bad things have in common, like this logo I created for Trump's campaign of bigotry and violence.”

Following Trump's inauguration as president and his introduction of the controversial executive order banning people from seven Muslim-majority countries entry to the United States, Viemeister said the logo held a new and sinister relevance. Viemeister, 68, also said it was important to understand the ways design can be used for evil ends, as well as good. He explains: “The Nazis are important to study both for their use of a brand system and also from a purely formal point of view: oppressive forms, symmetry, colour choice, order and repetition of elements; how the stuff we design affects behaviour and psychology.” Based in New York, Viemeister is regarded as one of America's leading industrial designers. His best-known project is the OXO Good Grips range of kitchen utensils.

A spoof of an IKEA flat-pack furniture kit cheekily reveals how we could build Donald Trump's proposed Mexican border wall on the cheap. The Börder Wåll offers a “practical, ready-made solution” to the US president's plans for a continuous barrier between the two countries, according to satirical news site The Postillon. A steal at just $9,999,999,999.99, the IKEA product would be oddly affordable compared to a traditional wall, which is currently estimated to come in between $15 and $25 billion (£12 and £20 billion). A graphic mimicking a typical minimal instruction sheet provided by the Swedish furniture giant has been mocked up for the builders. It lists hundreds of thousands of panels and barbed-wire coils, along with millions of screws, but only specifies a single Allen key for assembly. The Postillon suggests that the partition modules would be pressboard with a birch effect, and would connect to form a blockade that measures 33 feet (10 metres) tall and 1,954 miles (3,144 kilometres) long. The piece is particularly notable given that Trump recently vowed to lower the cost of the wall he plans to build along the country's border with Mexico by using a cheap design. He suggested that his involvement in the design of the controversial wall would help to bring down the estimated $21 billion (£16.8 billion) it will take to construct the barrier. Trump first proposed the border wall as a solution to curbing immigration from Mexico during his presidential campaign. Since then, a host of designers have responded to the plans. Mexican firm Estudio 3.14 visualised the gorgeous perversity of the plan by proposing a pink barrier inspired by the work of architect Luis Barragán, while Miami studio DOMO Architecture + Design proposed a border made from recycled shipping containers and landscaped features instead of a traditional fence or wall. IKEA's previous spoofs have included a response to a collaboration request from rapper Kanye West, for which they similarly created a version of an instruction sheet for a “Yeezy” bed, based on one shown in his Famous music video. 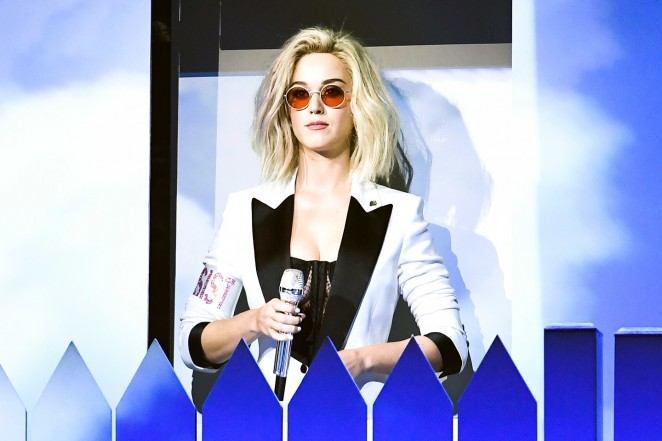 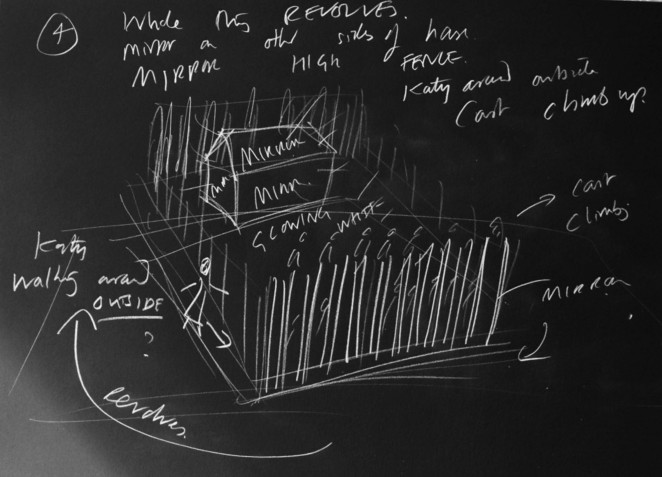 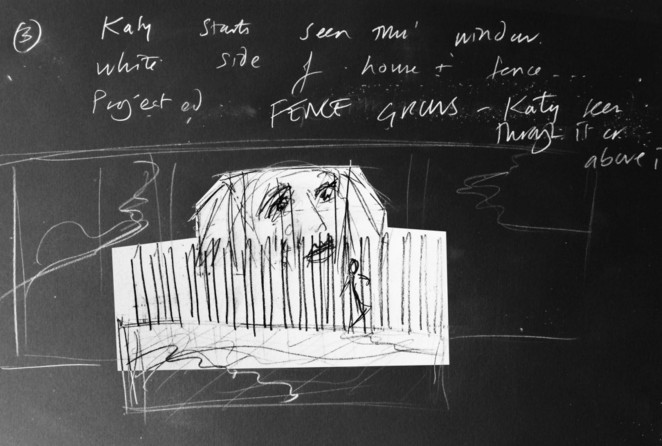 Stage designer Es Devlin has revealed how she worked with Katy Perry to create the backdrop to the singer's politically charged performance at the Grammy Awards last weekend. Perry performed her new song, “Chained to the Rhythm,” which strongly alludes to the recent US presidential election. The set featured a typically American home surrounded by a picket fence that grew into a wall, referencing President Donald Trump's plans to build a wall between the USA and Mexico. The performance ended with the house exploding while the American constitution was projected onto the stage. It was certainly not a subtle move, but then, Katy Perry has never been one for subtle, and we're not exactly living in subtle times.

Devlin said of her creation: “It's mechanics, it's picket fences which have to grow, little perfect American houses that have to explode and whole ceiling elements have to revolve. It's the kind of a thing that in a theatre might take three or four months, or could take a year. But in this case I was responding to lyrics to a song that hadn't even come out yet; nobody had heard the song. I heard it down the phone; I heard it on a link that exploded after I listened to it 10 times.” The London-based Devlin worked intensively with Perry and her team of producers and choreographers over a three-week period before the show, emailing and phoning ideas and sketches back and forth. Devlin worked by interpreting Perry's lyrics, sketching ideas directly onto the lyric sheets, which she'd scan and send back to Perry in the USA. Devlin also created sets for Adele, Daft Punk and The Weeknd at this year's Grammy Awards and she has also designed touring stage sets for artists including Kanye West, Lady Gaga and U2, but this is the first time she has worked with Perry. Hopefully not the last.

Benjamin Hiorns is a freelance writer, struggling musician and unapologetic snowflake from Kidderminster in the UK.