Rize Up is a party neutral campaign aimed at getting young people to register to vote. Studio Output have worked alongside Rize Up's creator, film-maker and photographer Josh Cole, to bring Rize Up to life over the course of 48 hours, following the snap general election announcement earlier this year. Studio Output used brand identity, brand communications, art direction, social content and social strategy to bring the campaign to life. Aimed primarily at the homeless, the under 25's and the economically dispossessed, it has a deliberately anti-establishment, urban tone of voice, authentic to the collaborators involved in Rize Up's work. 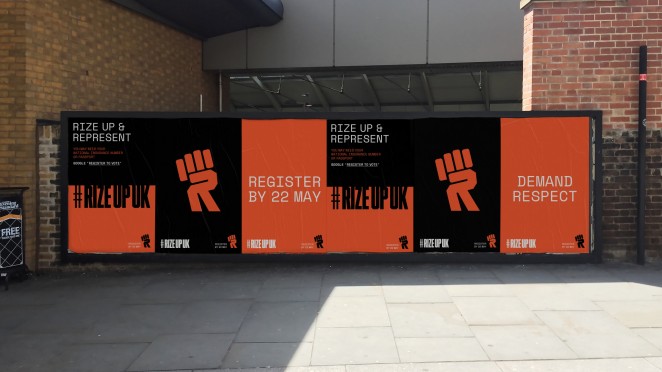 The goal of the campaign is to get as many people as possible registered to vote before the 22nd May deadline, then it's all about voting on 8th June. Studio Output and Rize Up are NOT working together to campaign for one party - they are doing this because politics isn't working for young people and Studio Output want to help make a difference through design. 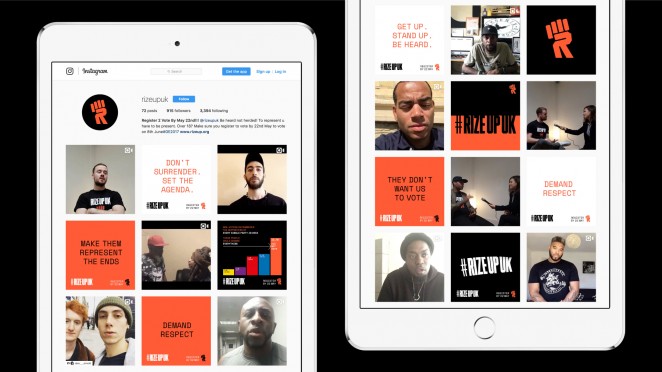 Ian Hambleton, Chief Executive at Studio Output said: “We got involved in the project as we all feel very strongly about the subject matter. It also fits perfectly with our purpose of showing how design can make a difference. It’s intentionally non-party political as people are really turned off by being told what to do. A lot of the work with Josh on the project was about ensuring an authentic tone of voice that resonated with this hard to reach audience. This is not about getting people to vote a certain way, but rather ensuring a higher proportion of young people are exercising their democratic rights. Only 43% of under 25s voted in the last election compared with 78% of over 65s, and arguably government policy reflects this bias” 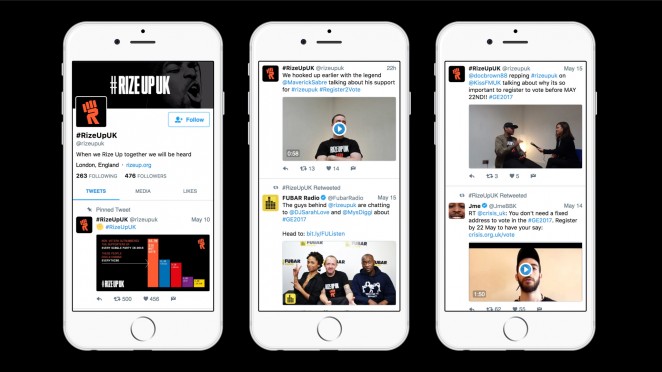 Josh Cole, Founder of Rize Up, added: “In the 2015 General Election over 15 million people – primarily the under 25s and the economically dispossessed didn’t vote which outnumbered the supporters of every single party in that election. With all parties designing policies to suit those typically most likely to vote, the youth voice is often ignored. Also, only 53 per cent of those within the lowest income bracket voted compared with 75% of those in the highest. I felt like there was a need for a campaign that gives a platform for the forgotten generation to have their say. To start a conversation rather than being patronising or telling people what to do.” 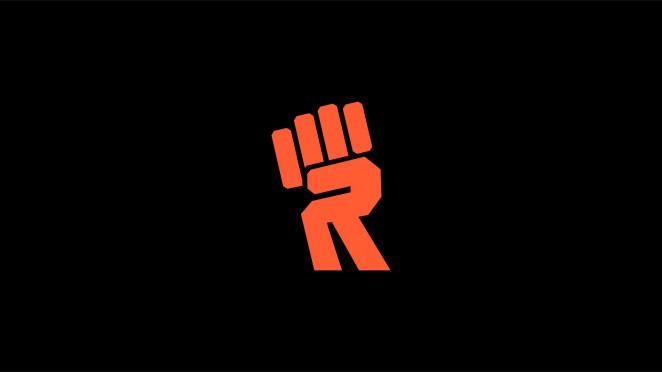 Wear it proud - Rize Up’s visual identity speaks from the language of resistance: the black and orange colours of revolution, the raised fist of defiance (updated for the emoji generation) and the bold, oversize typography all shout our message loud and clear.

The stats don't lie - Over 15 million people (primarily the homeless, the under 25s and the economically dispossessed) didn’t vote in the last election, which outnumbered the supporters of every single party in 2015. Only 43% of people under 25 voted while 78% of over 65s did. The message is that together, we can change elections and make sure politicians listen.

A social uprising - Rize Up encourages artists of every kind to get involved socially, from retweets and reposts to bespoke videos to share the message. The campaign has the support of the likes of Rudimental, Tinie Tempah, Professor Green, Akala, Doc Brown, Riz Ahmed and Maverick Sabre, with more coming on board daily.

Word on the street - Supported by high street brands like Lush and street crews in key cities, the Rize Up message is hitting the streets nationwide over the next week. Look out for a forthcoming feature in the NME, interviews on the BBC and partnerships with Shelter and Big Issue, alongside support from an amazing array of musicians and artists.

Great, timely design with the conviction the subject deserves.