Colourful mascots to rock Rio in 2016

The mascots for the Rio 2016 Olympic and Paralympic Games were recently unveiled in Brazil, and according to a statement accompanying images of the colourful critters, the Games organising committee hopes they'll bring an “Explosion of joy” to the games. The characters, who are both yet to be names, were designed by the São Paulo-based design and animation studio Birdo Produções, with the designs influenced by the indigenous flora and fauna of Brazil, as well as general pop culture figures, animation and computer game characters. Indeed, there is something about the figures (below) that suggests a Nintendo character as designed by a team of eccentric Brazilian artists. The new additions to the Olympic mascot roster, which include the frankly bizarre London 2012 Wenlock and Mandeville figures, were introduced to the public last weekend, with former Olympic and Paralympic mascots joining them in Rio to celebrate.

A narrative has also been created surrounding the idea that when Brazil discovered they would be hosting the games, the “Explosion of joy” felt by the whole country was reflected in the country's forests, which (it is implied in the animation below) birthed the organic characters. Beth Lula, Rio 2016 brand director, said the mascots “Represent the diversity” of the Brazilian culture and its people. She believes the “Magical creatures” they represent the Brazilian “Joy” and “Way of being”, and that they “Relate naturally with the young audience,” whom they are enthusiastic about engaging with the games.

According to a statement on the Rio 2016 website, the decidedly feline Olympic mascot represents the animals of Brazil, combining “The agility of cats, the sway of monkeys and the grace of birds.” The Paralympic mascot, meanwhile, which appears to resemble a grass-type Pokemon (hands up my fellow Nintendo nerds), is a “Fusion of plants found in Brazilian forests,” who is “Energised by photosynthesis and can pull any object from his head of leaves.” Lula believes the mascots “Are one of the most important symbols of the Games because they create an emotional link with the public, especially children, and are genuine ambassadors for the event.” Carlos Nuzman, Rio 2016 president, agrees, stating that “The mascots are one of the most representative symbols of the Games.”

The final names of the mascots will be decided by a poll on the official Rio 2016 website which will close on the 14th of December. Those wishing to have a quick laugh and christen the new mascots with a delightfully dirty name will be disappointed though, as users can only choose between three options; Oba and Eba; Tiba Tuque and Esquindim; or Vinicius and Tom. Each character also has their own social media channels, through which the various content will be shared, from videos and pictures, to competitions and fan art. The site also features interactive pages, targeting younger users who can learn more about the characters.

Birdo Produções, an award-winning design and animation company led by founders Luciana Eguti and Paulo Muppet, were selected to create the mascots after a national review process, which involved 24 advertising, design, illustration and animation companies. It's thought that a focus group of six-to-12 year-old rejected a first proposal. The selection or Birdo, which is considered one of the most creative animation studios in the world, was made with the help of Anima Mundi, the leading animation festival in the Americas, who consulted the committee during the process. 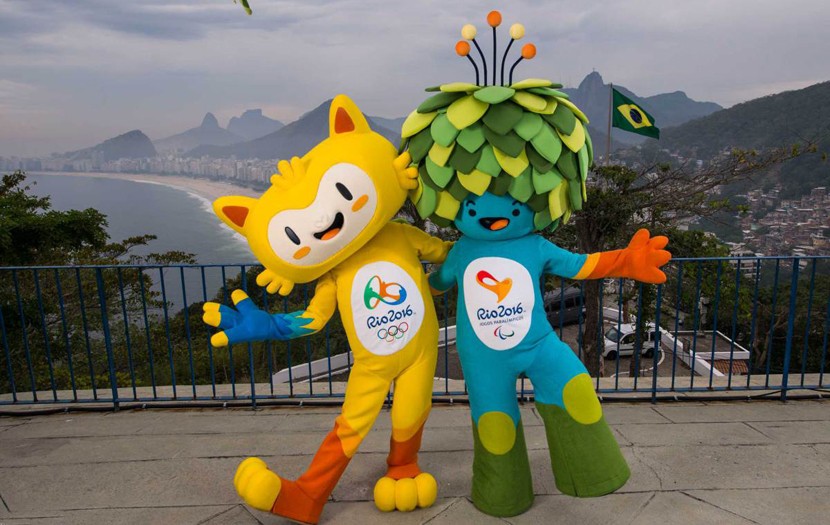 The mascots are a key part of an Olympics merchandising campaign, which is set to feature 12,000 products and is an important revenue source, as well as a vital way of engaging the public. Organisers hope to raise 1 billion reais (£254 million/$398 million/€321 million) in retail sales from Rio 2016 branded merchandise, much of which, will no doubt feature the characters.

Benjamin Hiorns is a freelance writer and musician from Kidderminster in the UK. He's not sure what to think of the Rio 2016 mascots, but it's at least a step up from the literal spanner we had last time around.