Coca-Cola Signature Mixers builds on the brand’s longstanding reputation as the original, authentic mixer. A global first, the brand worked with a handful of the world’s leading bartenders to create a range of new taste experiences using over 200 contemporary and traditional ingredients.

The inaugural batch of four complex and balanced drinks is designed to open up and enhance the flavours of dark spirits:

In March 2018, a selection of renowned mixologists were invited to attend a Coca-Cola curated workshop held at a secret location in London. The group set to work experimenting with numerous ingredients to create the most balanced flavour compositions to enhance the complex flavours of the dark spirits. Consumers were then invited to taste their new recipes and as a result, the most popular four flavour mixers have gone into production and will be available from next month.

Inspired by the brand’s heritage, Coca-Cola Signature Mixers are served in a contemporary Hutchinson glass bottle (pictured above), first used by Coca-Cola in 1894 when the product was bottled rather than served at a soda fountain. Each batch is stamped with the signature of its co-creator. 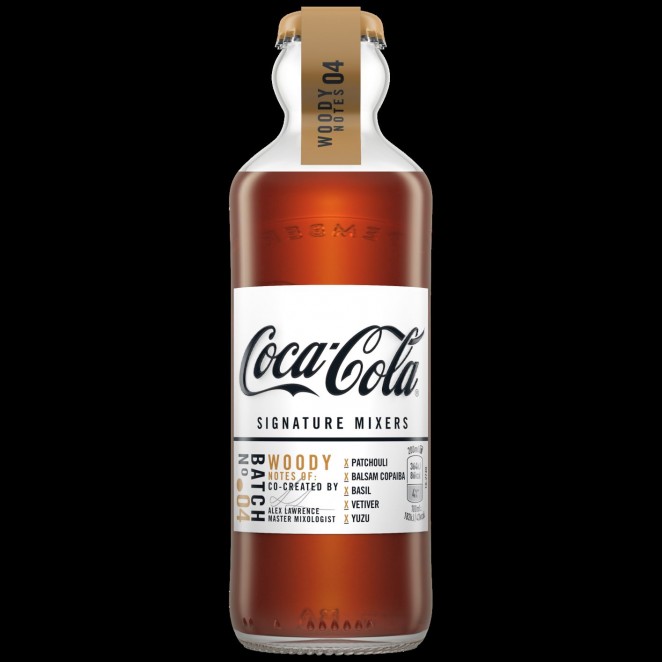