Budapest100 is an urban civil festival organised annually to celebrate the 100 year-old buildings of Budapest. During the festival on April 16 and 17, the 120-year old Nagykörút (Grand Boulevard) was the focus of the program. The Nagykörút is a major thoroughfare in Budapest built in 1896 that now forms one of the busiest parts of the city, and forms the heart of the Budapest100 festival. There were many interesting things happening this year, but of all the executions that made up this year's festival, two stood out for us in particular. 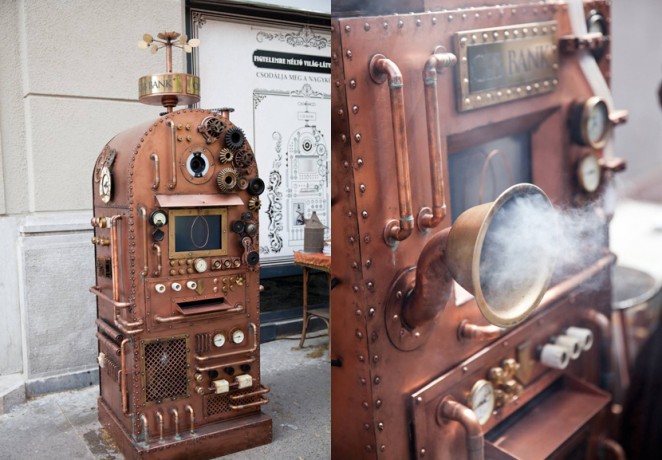 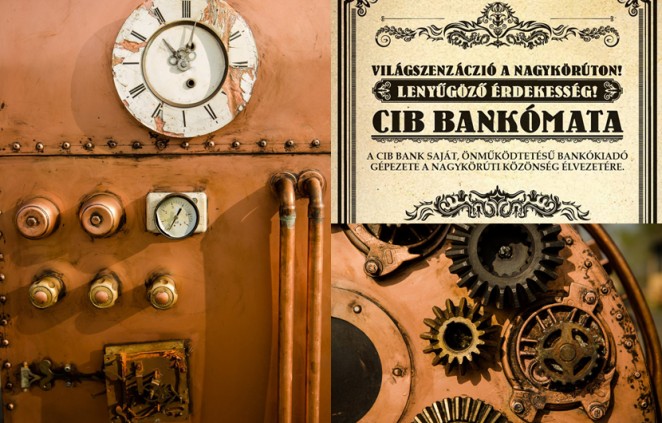 To celebrate the annual Budapest100 urban city festival, Saatchi & Saatchi Budapest and CIB (Central European International Bank) Bank came up with a rather unique concept that honours the history of the city's architecture with a unique steampunk twist. CIB Bank, with 5 branches on the Grand Boulevard, is a proud inhabitant of this prominent street, so they decided to commemorate the occasion by taking the area back in time. To an extent. Saatchi & Saatchi Budapest came up with the unique concept of a 120 year-old ATM machine, built with a distinct steampunk aesthetic.

Two different machines were placed outside two CIB Bank branches. During the 2 day event, these machines took people’s photos and instantly printed them on an old banknote; the Hungarian Pengő. Cogwheels were spinning, steam was huffing and liquids were boiling during the printing process, giving the illusion of what innovation must have looked like 120 years ago, when the Nagykörút was built. 2,000 visitors kept their personalised Hungarian Pengő banknotes, with the message being that modernisation does not necessarily depend on the era, but rather on innovative thinking. Speaking of which, the CIB Steampunk ATM campaign also coincides with the recent release of CIB Bank’s new mobile banking application. The unique OOH campaign was developed at Saatchi Budapest with the help of production designer Magdolna Varga from the Prop Club company.

Tunnels to the Sky 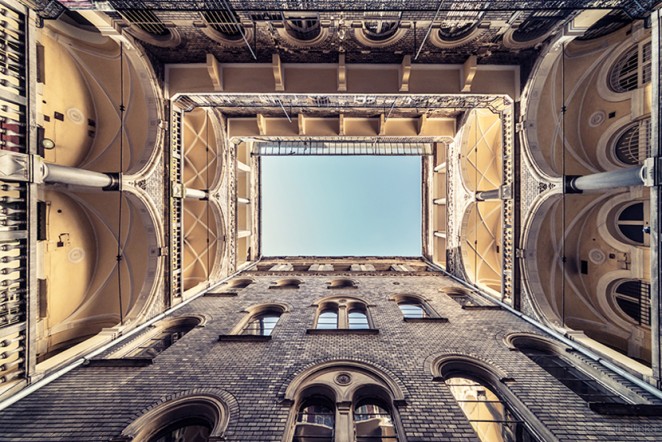 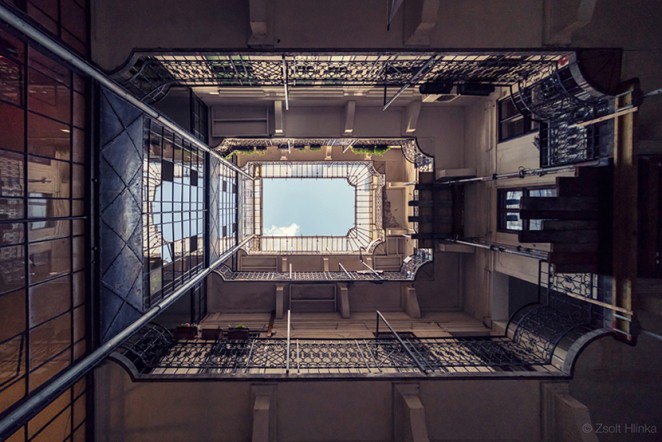 The second activation was also based on the Nagykörút thoroughfare, and took the form of a beautiful series of photographs, which altered the spatial perception of the area’s historic sites through little more than clever framing from photographer Zsolt Hlinka. The series “100-year-old houses,” reinterprets the buildings in the thoroughfare as structural tunnels that lead into the infinity of the sky above. As the buildings frame the blue sky, the contrast between the geometric architectural forms and the immeasurable space overhead is exaggerated, and this emphasis, in turn, draws attention to the hidden details often overlooked in buildings, like elevator shafts, window frames and brickwork. Looking at the centrally-positioned photographs from the ground up is supposed to symbolise time; with the floors rising above the camera representing the ever-growing age of the buildings.

Hlinka’s previous photographic series sourced “Urban symmetry” on the banks of the river Danube, with images emphasising each structure’s uniform proportions by placing them onto homogeneous, monochromic spaces that eliminate the surrounding exterior information. This work, however, is a far more immediate and inspiring project, which quite literally shows us Budapest from a different perspective, and in the process, made us fall in love with the city all over again! 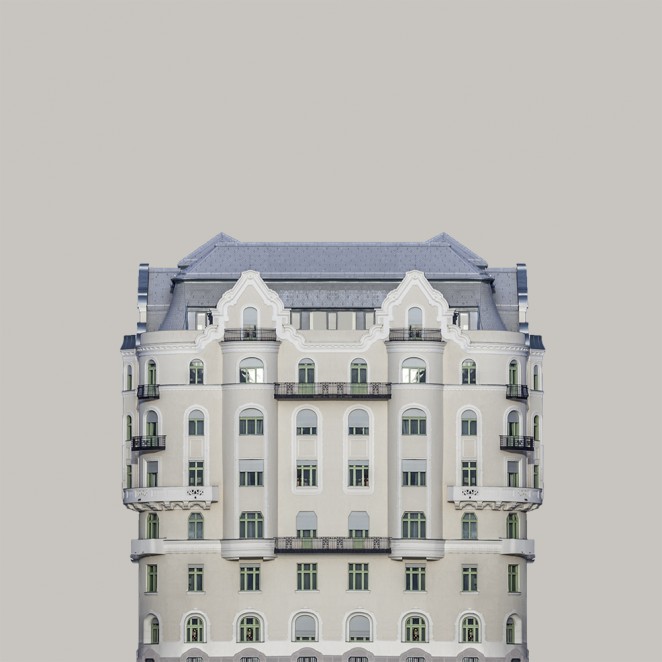 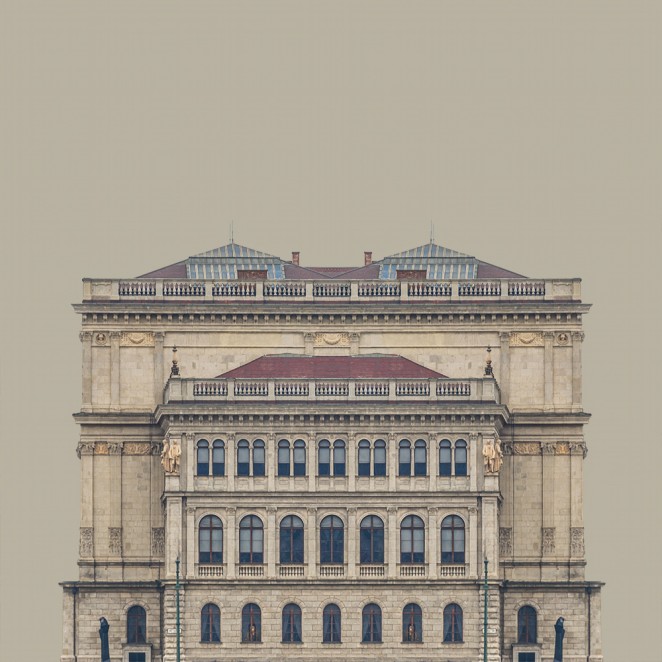