Behind the Idea: Rebranding the Rugby World Cup

The Rugby World Cup is in full swing with the quarter finals taking place this weekend and the host nation, Japan, flying.

But long before a ball was kicked – five years ago, in fact – a plan to rebrand World Rugby was devised which included a new look for this year's tournament.

Below, Adam Savage, design director at FutureBrand, the company which oversaw the rebrand, talks through the implementation of the new look, the tournament-specific brand for Japan and what it means for the sport.

We started working with the International Rugby Board (IRB) in 2014 on the rebrand for World Rugby. The aim behind this was to build a stronger connection with fans, players and commercial partners, and ultimately engage and build new audiences across the world.

The new name World Rugby is immediately understandable and the intent behind its vision and purpose is clear. A continuation of this project was to use the design principles set out by the new brand architecture for World Rugby and design an engaging and purposeful look and feel for the Japan 2019 Rugby World Cup.

Our challenge was to bring together the character-building values of World Rugby and the rich culture of Japan and combine them in a way which promoted rugby and Japan to the world. Our first task was to really get under the skin of Japanese culture and identify the key values that had synergy with the game of rugby, and which could resonate across both global and local audiences, projecting a positive expression of both rugby and Japan.

The branding and logo for the Rugby World Cup draws from the heritage and origins of the sport and presents them in an easily recognisable, contemporary manner. For example, the shield references the school crest of Rugby School where William Webb Ellis attended and simultaneously resembles a rugby ball positioned at kick-off. It also contains the bold blue and green colours of the previous IRB logo.

The idea of unity is the foundation for the World Cup identity. Japan is known globally as the land of the rising sun and we wanted to celebrate this in our mark. Taking Mount Fuji, a universal symbol of Japan and encapsulating it with the rising sun, showing the unity of sun and land.

Together with the World Rugby shield it tells a story of not just a unified Japan but also the unity between Japan and rugby. When you see the brand across the touchpoints of the game, and in the media, it looks contemporary and relevant. Audiences immediately understand what World Rugby is and participation and interest in the sport is growing. It shows this continues to have a positive effect. 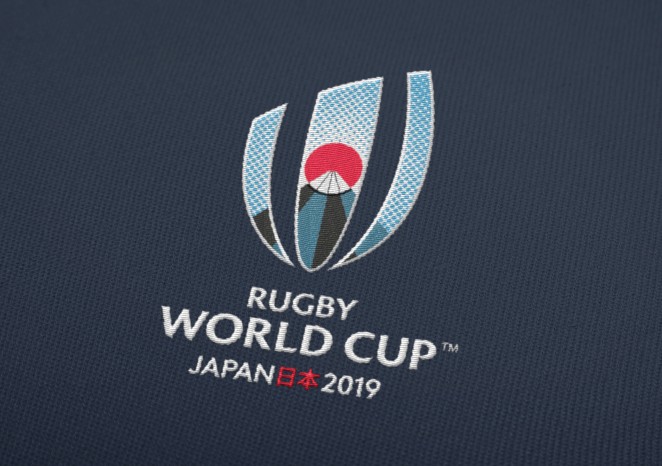 The present tournament in Japan is a new era for rugby. This Rugby World Cup is the first to fully utilise the new assets created by FutureBrand and the new emblem we created forJapan tells a unique story specific to that country. The shield contains Mount Fuji, a

universally recognised symbol of Japan, and the rising sun juxtaposed within the framework of the World Rugby mark. This is important to the tournament and is intended to symbolise the unity between Rugby and Japan, simultaneously bringing the sport of rugby to both a global and local audience.

The look and feel of the assets created for Rugby World Cup Japan are an intrinsic part of the experience of the tournament - whether watching in the stadium, on TV or anywhere else.

This is because the branding is used on players shirts, on the ball, in stadiums and across broadcast and online media. It therefore becomes an integral part of the tournament - and the shield will give Japan 2019 an enduring legacy of time and place in the future.

What’s the most interesting thing about the work that will help it cut through?

The strength of taking the work that was done in rebranding from IRB to World Rugby and the strong thread that now runs through all World Rugby competitions – epitomised by the impact the Rugby World Cup identity is having connecting with audiences and laddering back up to the World Rugby brand. 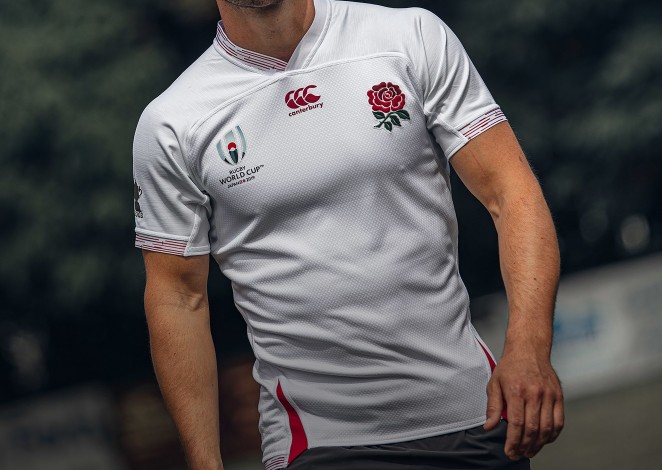 How long did the rebrand take from inception to delivery?

The whole process from concept to guidelines took nine months.

What do you hope it achieves for the sport?

Simply, I’d like to think that it continues to grow the popularity of the game. Since 2015, global participation in rugby has risen from 6.6million to 9.6million players, with a 28% rise in the number of female players and a 33% rise in participation in Asia since 2017. The branding for the current Rugby World Cup, I feel, continues to propel this momentum.

How does it feel to have the eyes of the world currently on the new look?

It’s so exciting seeing our work almost everywhere. Whether that’s on TV news bulletins, sports pages or live broadcasts. However, the best thing is the fact it’s on the England rugby shirt and the Gilbert ball. I must admit, I have bought both. They are brilliant souvenirs of a project that I am so pleased to have been able to work on.

The branding is also seen in the official trailer, Rise for the Rugby World Cup, to promote broadcaster ITV's coverage of the competition in the UK below.