Adidas has accused world-famous fashion designer Marc Jacobs of designing a “Confusingly similar imitation” of its now iconic three-stripe motif. The sports brand filed a suit against the American designer's Marc Jacobs International company last Wednesday (April 8), which claimed the company has used a four-stripe accent similar to its registered Three-Stripe Mark to intentionally “Mislead and deceive consumers” into thinking the garments were Adidas designs. The German brand has been using the distinctive mark on its sportswear since the 1950's, and has registered it as a trademark, so they might have a case here, which would prove incredibly damaging to Jacob's reputation.

The design that Adidas have accused of blatant plagiarism appears on a new line of sweatshirts from the Marc Jacobs company, which feature four parallel bands of colour running from the neckline to the wrist on each sleeve. Having seen the design in question (above) we're dubious as to whether or not the claim will hold up in court. The claim from Adidas that the design was purposely used to make people think they were buying Adidas products is also ludicrous, as Marc Jacobs is a luxury brand and Adidas is (quite frankly) not. Stranger things have happened before in the world of fashion though! 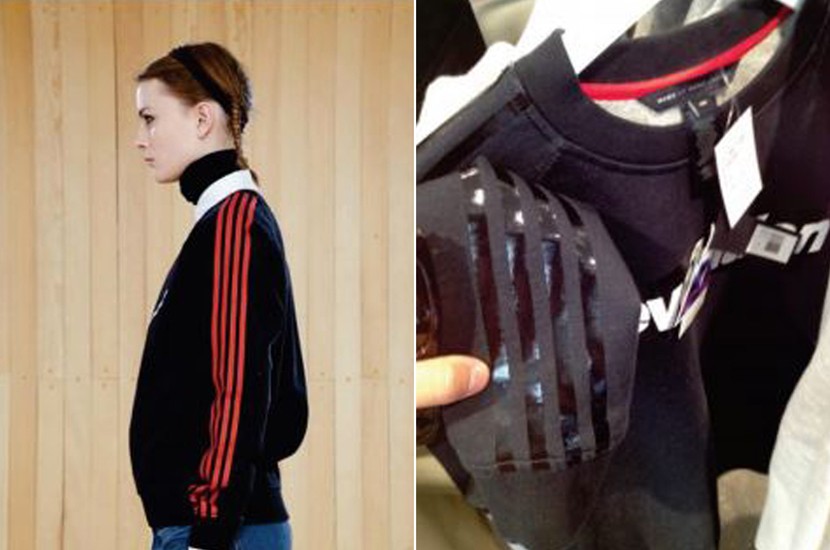 A statement issued by Adidas, said “The purchasing public has come to associate the Three-Stripe Mark with Adidas. Marc Jacobs's merchandise is likely to cause confusion, deceive the public regarding its source, and dilute and tarnish the distinctive quality of Adidas' Three-Stripe Mark.” It also goes on to explain how the brand has spent millions of dollars over the past 6 decades transforming the simple pattern into a globally famous and iconic logo, which is still used today across its numerous product lines, including the recent Y-3 collaboration with designer Yohji Yamamoto. It also uses the Adidas brand's connection to the world of entertainment by continuing “Adidas has used the Three-Stripe Mark in connection with its frequent sponsorship of musical artists, including pop-stars Katy Perry and Selena Gomez and iconic rappers Snoop Dogg, Pharrell Williams, and Kanye West.” It would certainly seem the brand are not above name dropping then!

The lawsuit calls Jacob's actions a “Blatant disregard” of Adidas' rights and has asked the court to prevent any items displaying the supposedly plagiarised design being sold or marketed. Marc Jacobs International has also been asked to pass on any profits from items already sold, and this is before the as yet unspecified damages are taken into account. If you fancy reading the entire lawsuit you can do so HERE. Neither Marc Jacobs International or Marc Jacobs himself have yet to make a statement regarding the lawsuit. 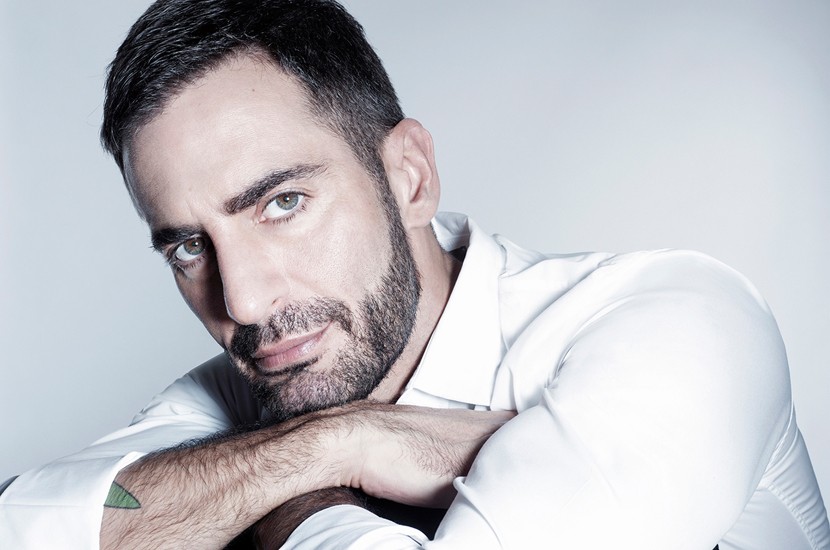 Hilarious how you can register 3 stripes. What about Take That and their new icon? http://takethat.com/

Maybe they should sue them!