Australasian advertising agency Clemenger BBDO took home the top prize for their incomparable 'Blazed' ad. Clemenger BBDO's 'Blazed' was commissioned by the New Zealand Transport Agency, whom they have a long standing relationship with, and was aimed at making Maori men away of the perils of driving whilst under the influence of drugs. The comically cinematic, black and white ad (directed by Taika Qaititi) featuring a cast of kids mocking their parents stoned behaviour behind the wheel cost a quarter of a million Australian dollars to produce and went viral last year, capturing headlines across the world without a penny being spent on social media. As well as winning the top 'Individual Campaign' prize for the ad, the agency also walked away with a grand prix and four golds from the event, which was hosted by Newstalk ZB's Andrew Dickins. Dickins was a convivial host who managed to blaze (not pun intended) through the ceremony in just 90 minutes. 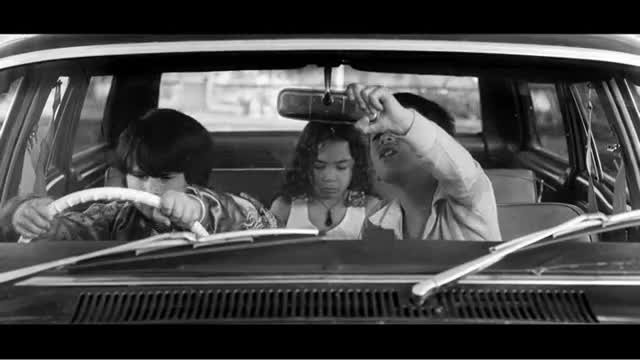 Another agency to win big at the event was Colenso BBDO/Proximity, whose 'Smart Phone Line' campaign for Samsung netted a grand prix in the 'Outdoor' category. The Auckland, New Zealand based agency also walked away with a total of 7 gold axis awards for their work with established brands such as BNZ, Tip Top and Fonterra. This haul resulted in Colenso winning the 'Creative Agency of the Year' award, with managing director Nick Garrett using the opportunity to praise former DDB chief executive and CAANZ president Sandy Moore and former creative director Levi Slavin, who is moving to New York this week to join Anomaly.

CAANZ president Sandy Moore was given the 'Lifetime Achievement Award'

Among the other agencies to enjoy success at the event, DraftFCB walked away with a gold awards on the night for both its charity work with Unicef and its animated 'Devil's Chair' campaign for Insurance brand NZI. DDB Worldwide also took home gold awards for their work with the Steinlager beer brand and Saatchi & Saatchi, who took three golds; 2 for their hilarious 'Beer Plumber Prank' for DB Breweries and one for their 'Like Loan' campaign for the ASB bank.

As well as being praised by Nick Garrett (and almost everyone else in attendance), CAANZ president Sandy Moore was given the 'Lifetime Achievement Award', who humorously said that he was so shocked that he not only hadn't prepared a speech, but had in fact prepared one for someone else. Other notable names to give Moore kudos were CAANZ chief executive Paul Head, who said there was “Truly no one more deserving of the award.” And it was claimed (or at least speculated) during the emotional video tribute to the veteran ad man, that he was so enamoured with the DDB brand, that he had the logo tattooed on his posterior. A claim he was hesitant to deny.